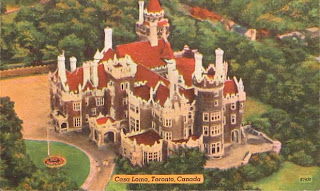 The fate of Casa Loma has been up in the air during the last few years. But this week, one of the things Toronto City Council managed to succeed in approving was for Liberty Entertainment Grp to take over as the new operations managers of the main house and grounds.  There was some fear that it may end up having part of it turned into condos which seems to be a favoured solution to old buildings needing massive repairs and renovations. But the new plans - for a restaurant and events rooms as well as a museum and galleries for highlighting the stories and history of Toronto (something sorely missing and desperately needed) looks promising and exciting. Sadly, this news was overshadowed by council dealing with the Rob Ford scandal. 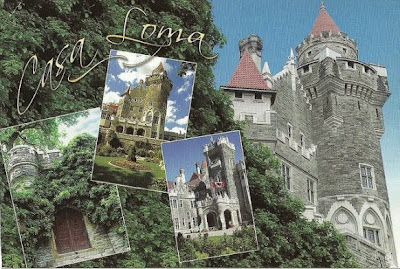 Henry Pellatt was an eccentric millionaire who, among other things, founded the Toronto Electric Light Company in 1883. He and his partners would later build the country's first hydro generating plant at Niagara Falls. His fortune would begin to unravel once he lost the monopoly on electricity when it became public. Then there was the war. In the end, he had to sell his castle after living in it for only nine years. 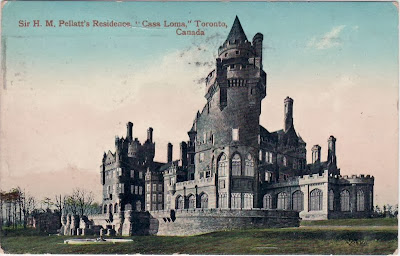 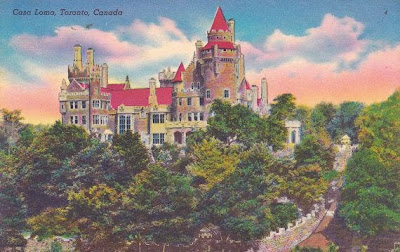 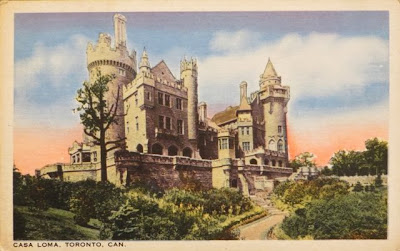 It took over 300 workers three years to build the $3.5 million home. The start of WWI put an end to construction and much of the house was unfinished due also in part to the expensive excesses of Pellatt and architect E.J. Lennox. There is an elevator (for his wife, Mary, who was in a wheelchair), an oven large enough to cook an ox, vertical passageways to fit organ pipes and a central vacuum. There are ballrooms, a conservatory and a tunnel to the hunting lodge and stables (which themselves are outfitted with mahogany and Spanish tiled stalls). 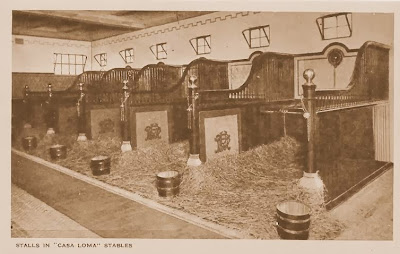 The tower and the attic are empty and the swimming pool was never completed, but the unfinished bowling alley is now a gift shop and the unfinished gymnasium is now a cafe. There is currently an ongoing exterior renovation and soon some more interior renovations (including air conditioning!) but it won't be closed to the public. So go visit.