the sport of mums 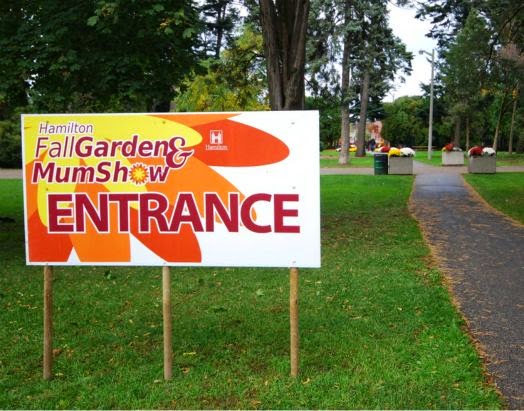 with this year's theme being, appropriately, the Pan Am Games. The games are coming to Toronto in July 2015. There was great excitement when the bid was won. Then things went quickly downhill. Among them were the years of wrangling about what to do with Ivor Wynne Stadium and a long drawn out period of months (literally six or eight months) when every day, the front page of the newspaper (remember, I deliver the thing, I saw it even if I gave up reading about it) carried stories of the ups and downs and to-ing and fro-ing and reversals and back to the future stories of the fate of the stadium that would hold the soccer matches. Homes were expropriated, sites were challenged. It literally went up the mountain and back down again (yes, Hamilton has a Mountain though it is really a part of the Niagara Escarpment that divides the city). In the end, the old stadium was knocked down and a new one with a different configuration built on the same land. It was also renamed after a well-known coffee and donut chain (started by Tim Horton - who was a hockey player, not a football player, but that's beside the point) for a lot of money, though for the duration of the games will be called the Pan Am Soccer Stadium 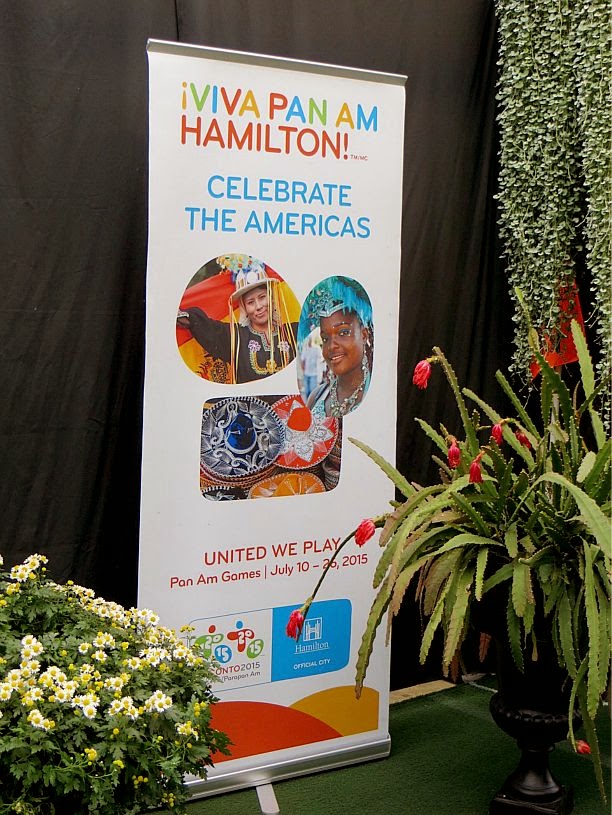 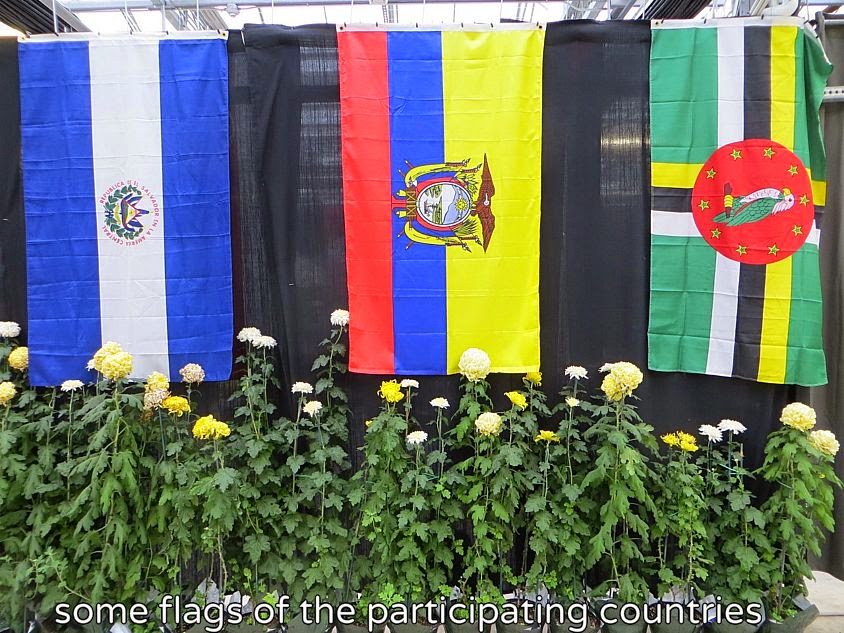 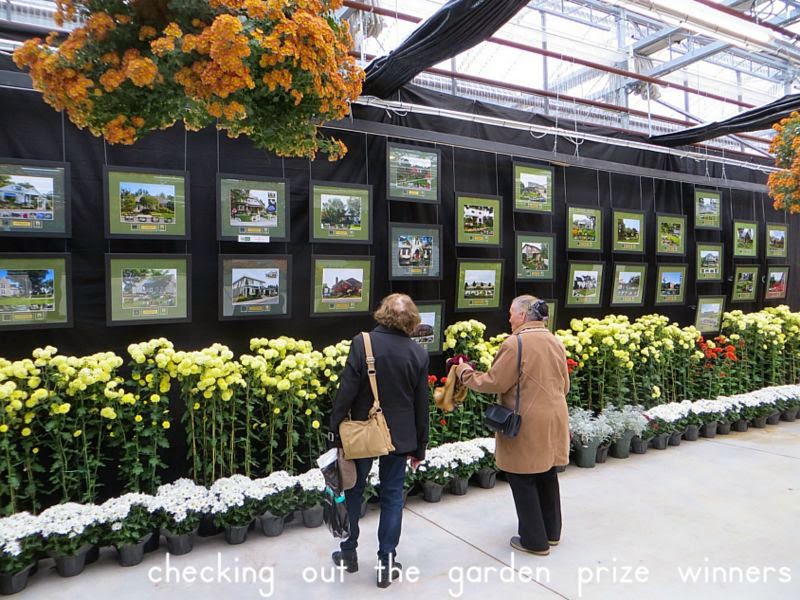 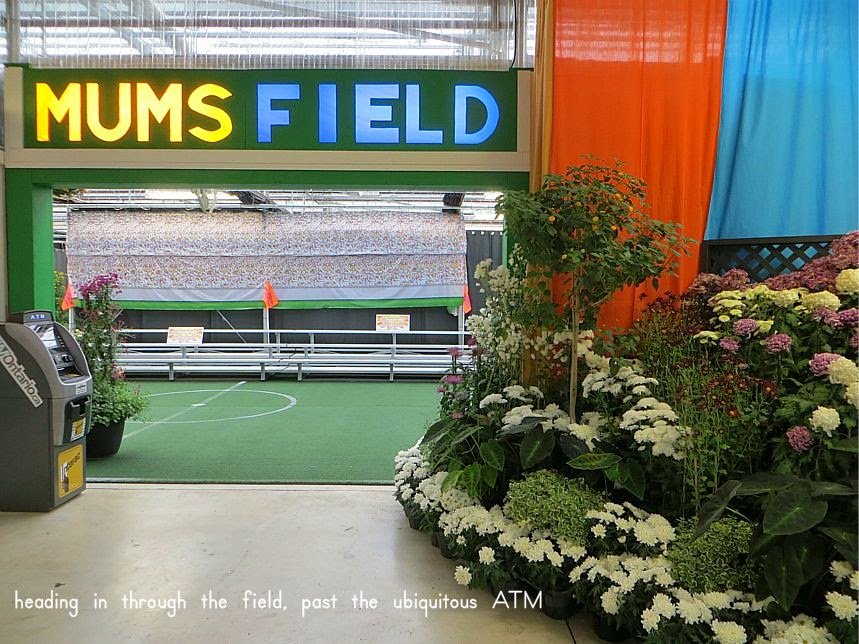 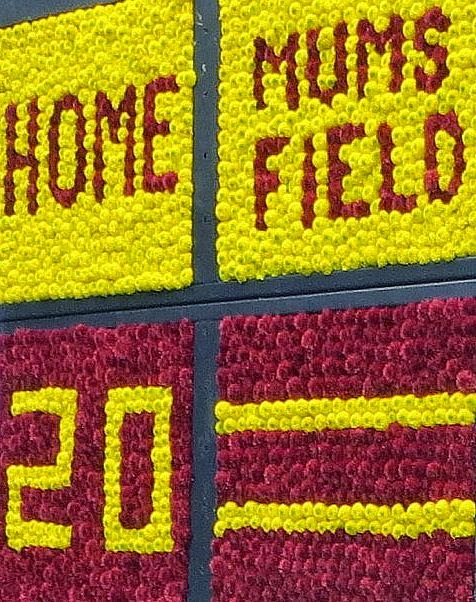 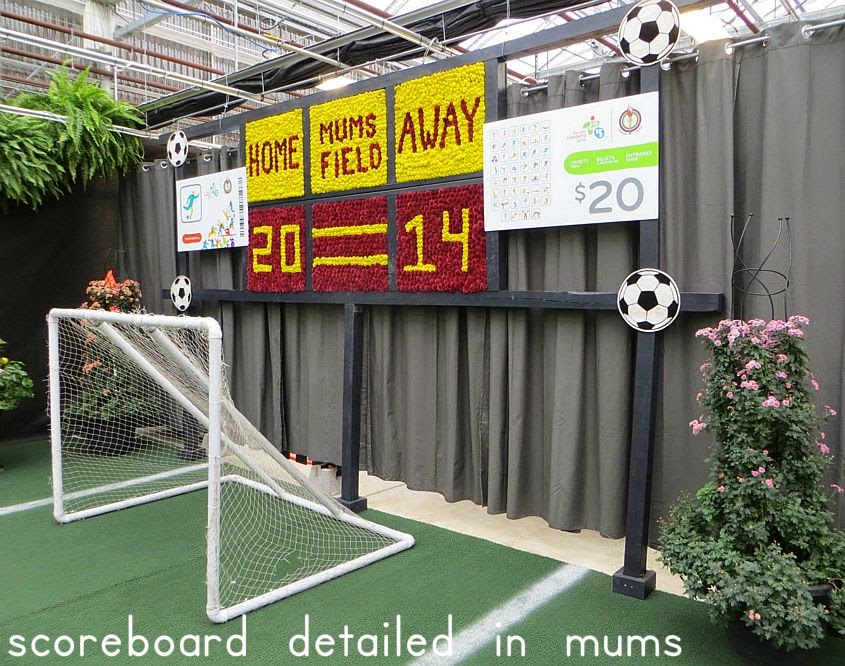 as you walk through the greenhouse, you'll find  some of the participating sports displayed 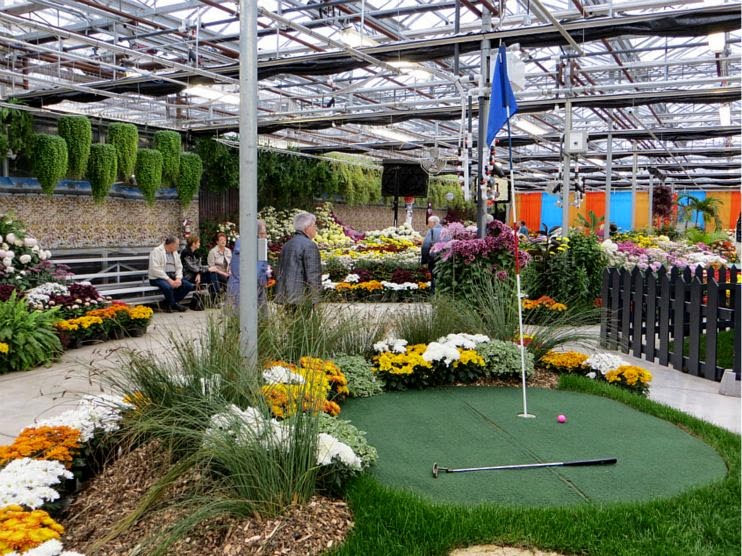 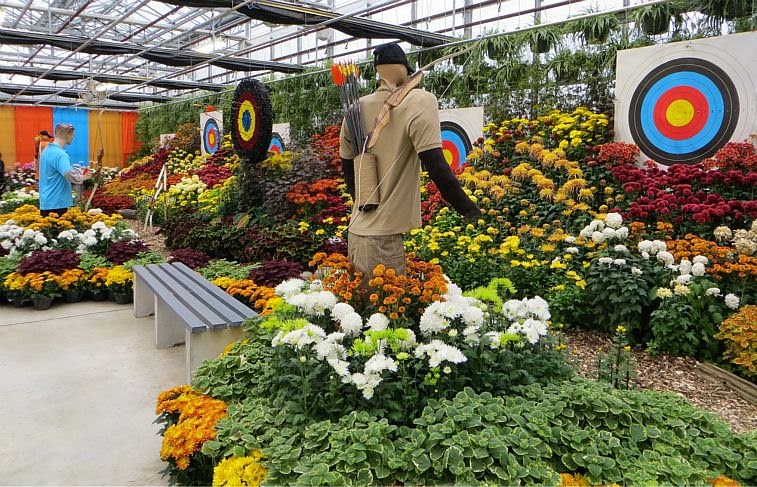 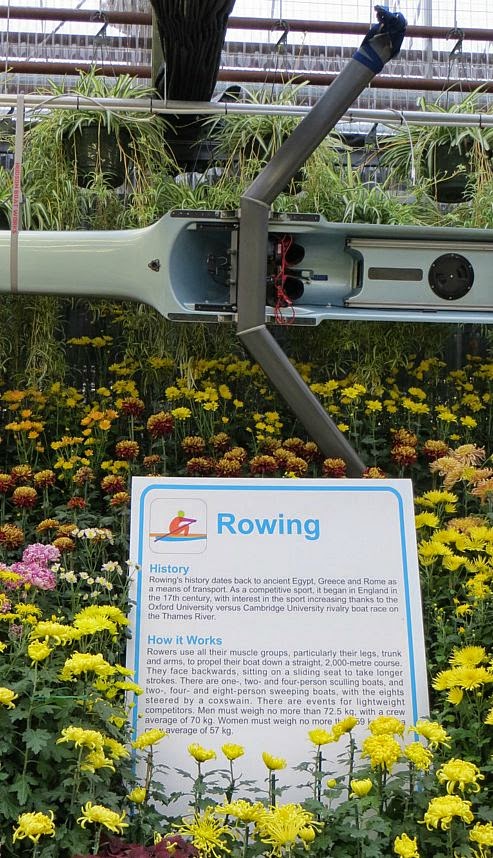 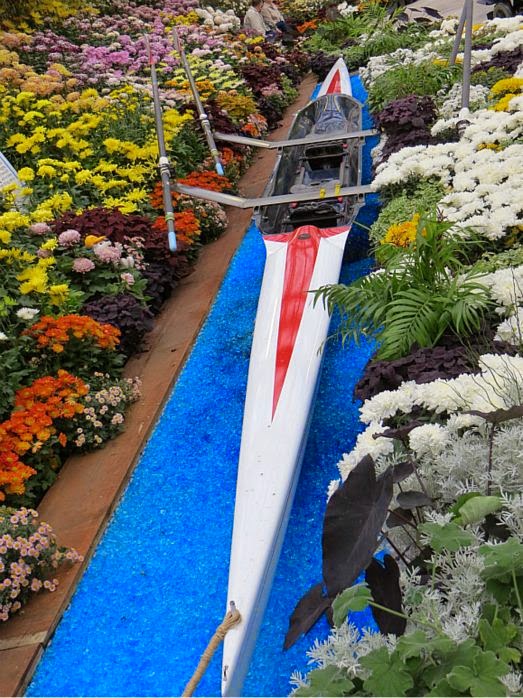 with equipment to admire and explanations  to read
the most interesting of which I found on the table tennis sign. we all know it is also called ping pong, but who knew about 'whiff waff' and 'flim flam'?? or that originally it was played using books as net and paddles hitting golf balls? 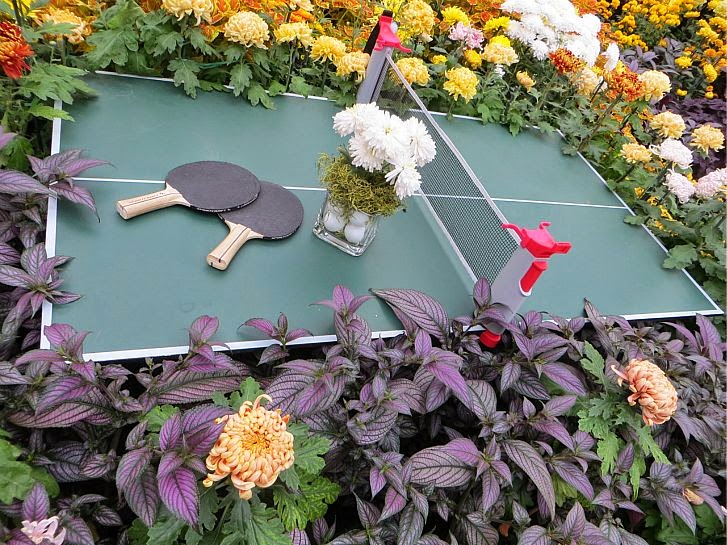 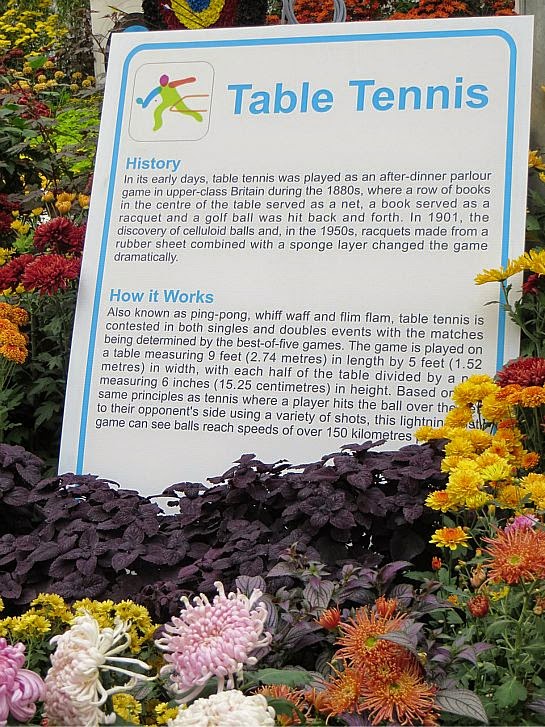 and of course, the centrepiece is the giant soccer ball 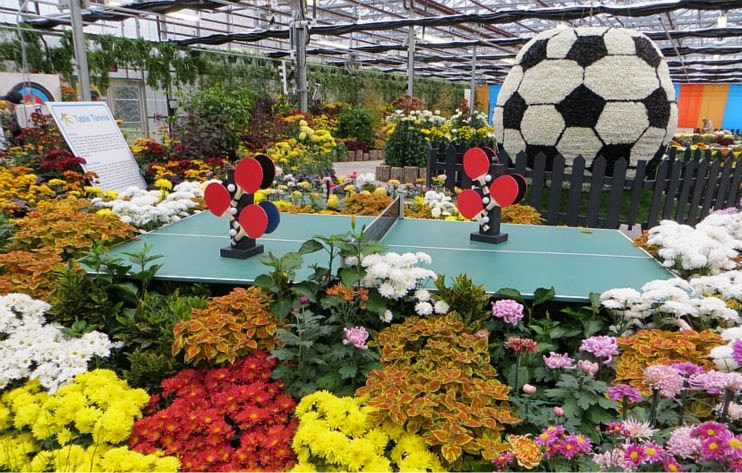 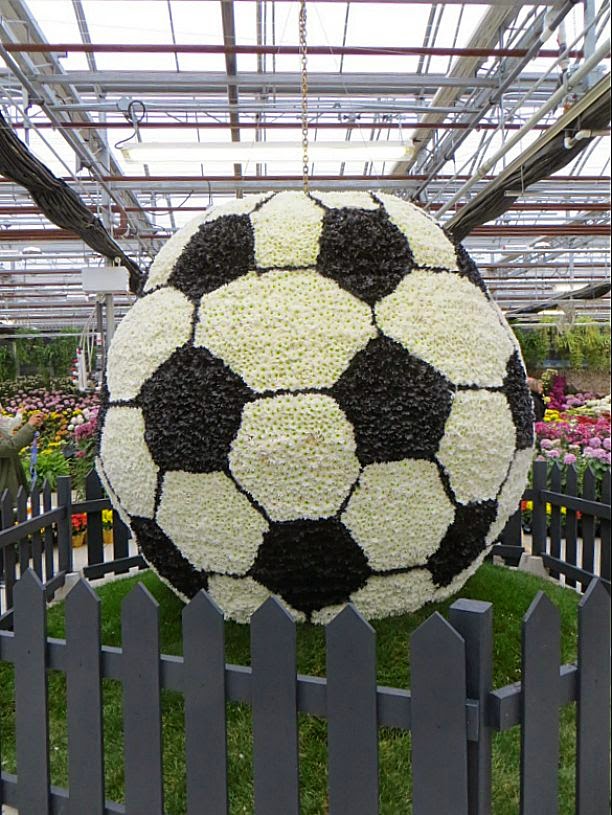 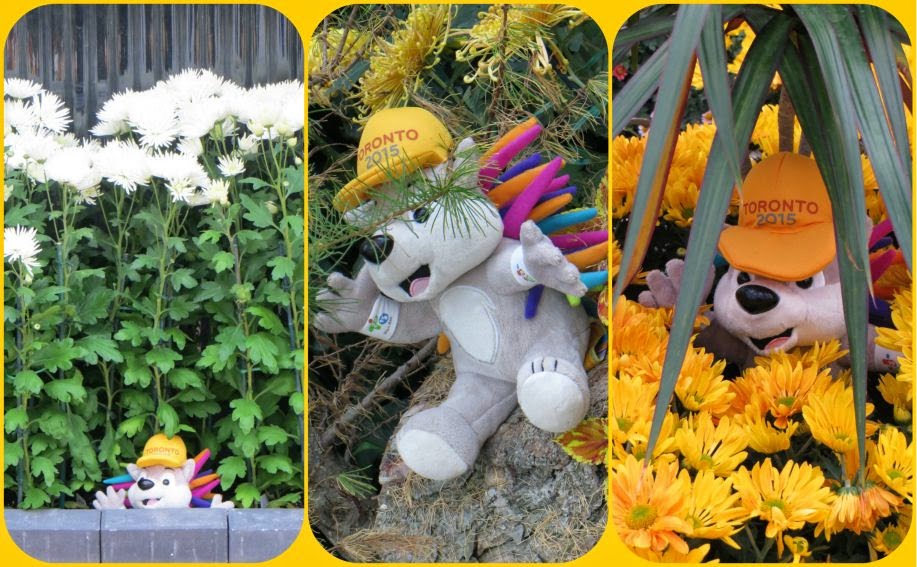