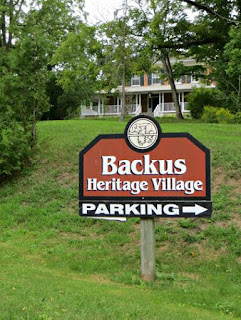 I had never heard of Backus Heritage Village until a friend suggested we drive down to partake of the Bluegrass Festival that was being held there this past weekend. 150 musicians from Ontario, and places such as Michigan, New York, West Virginia and Wisconsin would be performing at various locations. No stages, just informal gatherings for an old-fashioned jamboree.
Sounded like great fun.
Not sure what it was like on the Saturday, but when we arrived before noon on Sunday it was strangely quiet. Very few cars and certainly no music. It was advertised as a two-day event, but nobody was playing anything on Day Two. There were several trailers around and people were sitting and resting, or packing up.

Disappointed, we decided to make the most of the visit and wandered around. 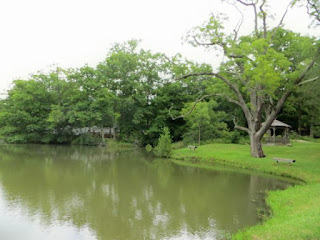 Backus Heritage Village is part of Long Point Conservation on Lake Erie and is now a National Historic Site. 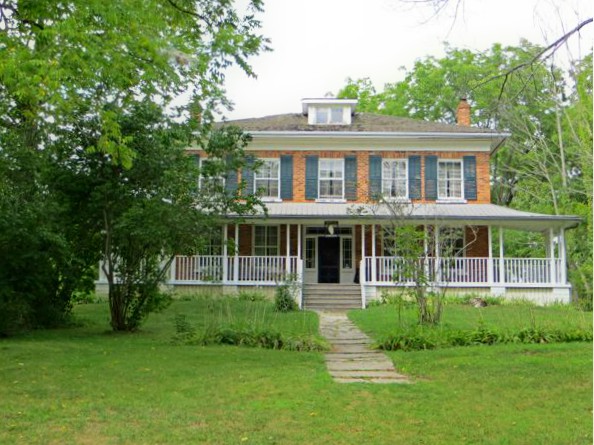 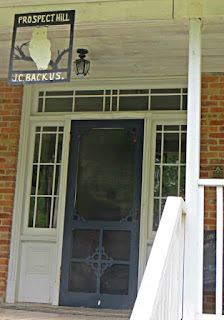 The 1852 homestead of John Backus is one of about 15 buildings that comprise the village.


Inside you can find interesting things like this indoor teeter-totter with a photo of the family enjoying the fun - though the seats in the photo seem to be longer than the one exhibited which would allow for better and safer teetering, I think. 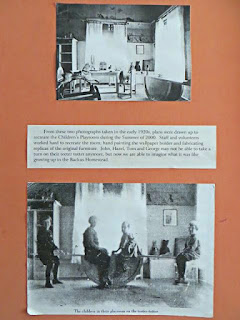 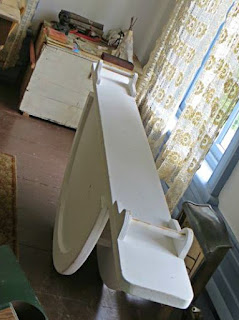 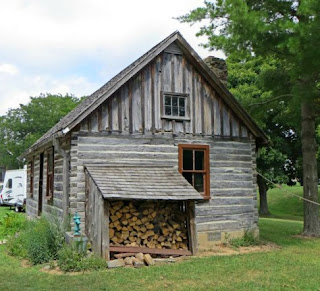 Scattered around are carriage houses, barns, a bake oven, an ice house, a blacksmiths and, of course, log houses 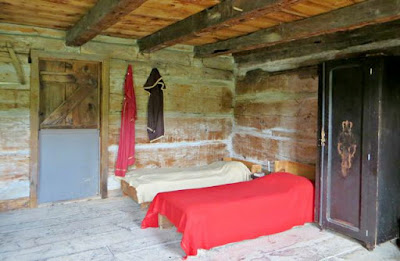 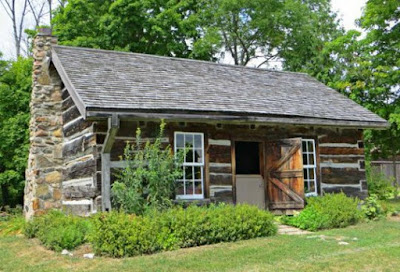 but just look at the details - the varied stone, the rough hewn logs 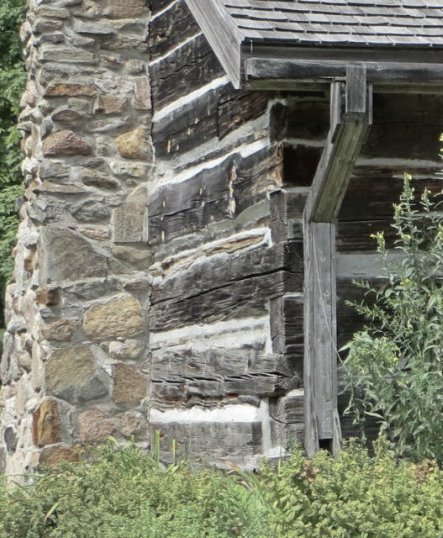 and the wood eaves and downspout! 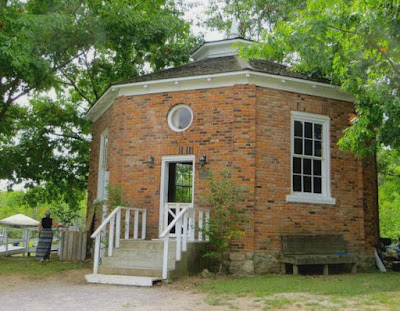 The Cherry Valley octagonal schoolhouse was perhaps the most unusual building. Built in 1866, each side measures 36 feet and the outside walls were constructed of three layers of brick. It is only one of two octagonal schools in Ontario and was in use until 1929. It was relocated to this spot in 1982. 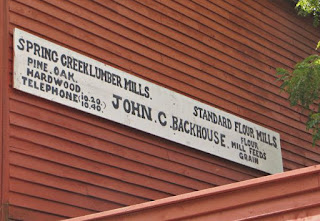 The pièce de résistance, though, was the Mill. 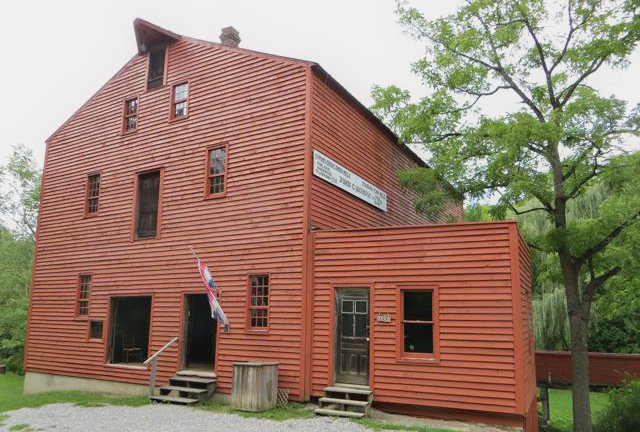 When John Backhouse (no idea when his name changed spelling to Backus) arrived in 1796, he acquired 600 acres at this site on the condition that he build a grist mill as one was sorely needed in the area. First order of business was a saw mill and used the lumber to build this grist mill. It is one of the oldest and best preserved water-powered mills. The entirely wooden structure has survived through two centuries of continued use - even making it unscathed through the War of 1812, probably due to Major Backhouse's influence. It was in use until 1955, and is now used for demonstrations.


By now my camera battery was prematurely dying, so mostly I just gaped open jawed at the interior as the excellent interpreter explained the inner workings. It was a jungle of wood spouts and chutes. As newer innovative methods were introduced, they were simply added to the older spouts. None of this tearing down and replacing that is done with abandon today. 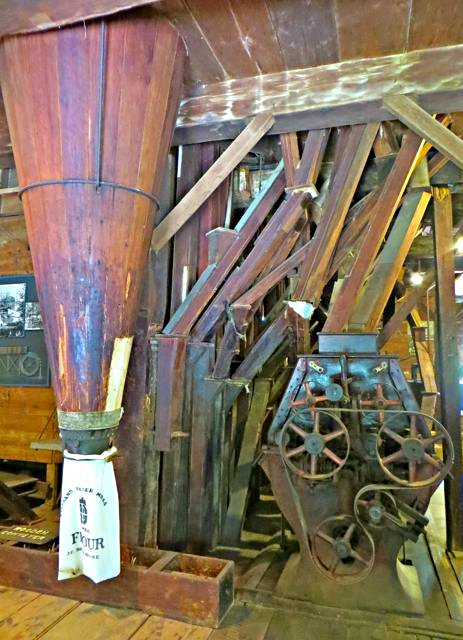