a walk in a park 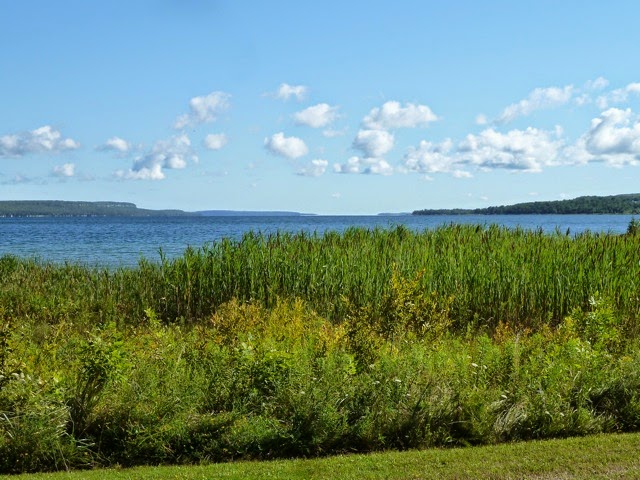 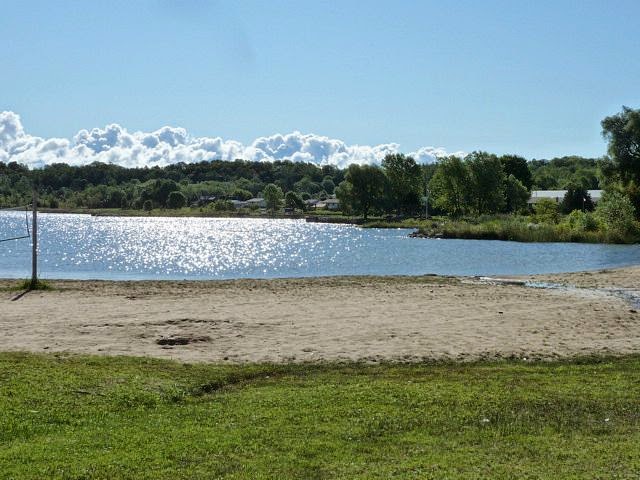 Earlier this summer, a friend and I had gone for a walk in Bluewater Park at Colpoys Bay off Georgian Bay. Wiarton used to be a lumber town, but by the 1930's that industry had vanished and the land became parkland. There is a small beach at one end. At one time a bigger beach was planned, with truckloads of sand brought in, but the topsoil wasn't properly treated beforehand and weeds soon appeared.
so the bit between the boardwalk and the water mostly looks like this, below

at the other end you can see the marina under the Niagara Escarpment. 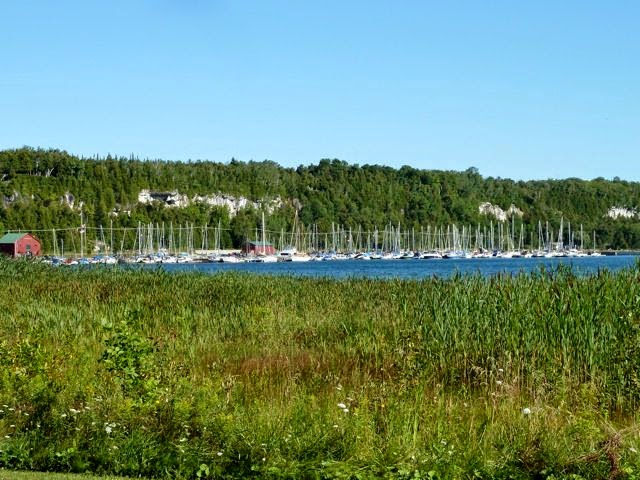 the view is never-endingly beautiful
but what was new this year was the fitness equipment in the park!
I had read about these, but hadn't actually seen one. 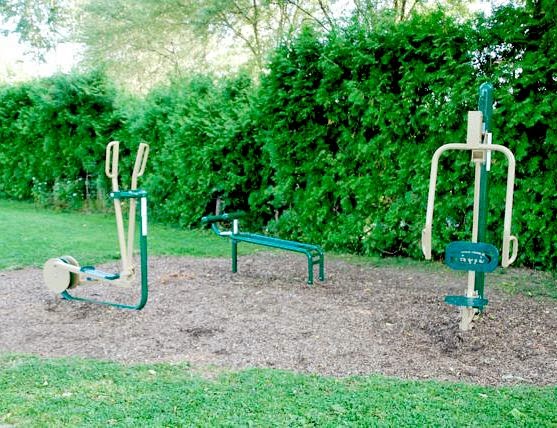 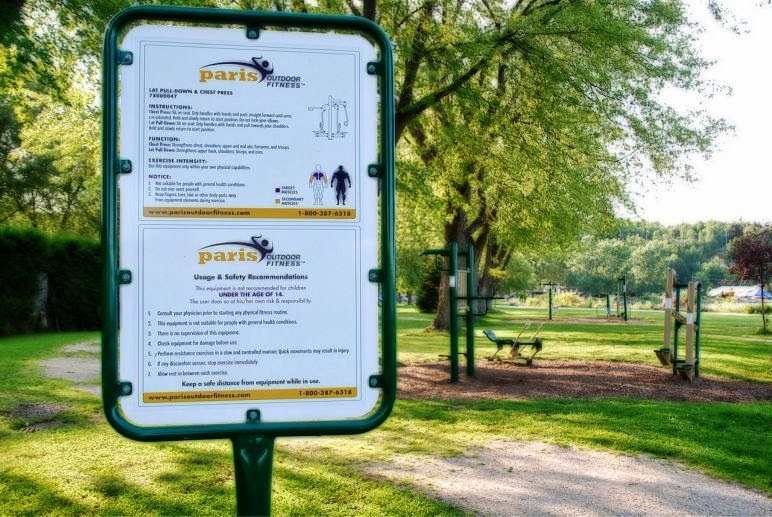 at each station were signs like these explaining how to use the equipment and which muscles are targeted. just like at an indoor gym 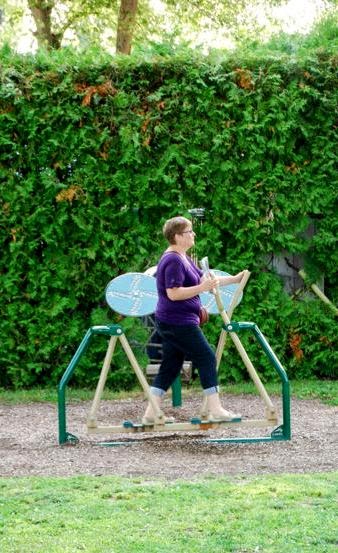 we tried out each piece of equipment and wondered why the park was practically empty, though it may have had something to do with the fact it was between 5 and 6 pm by the time we were there 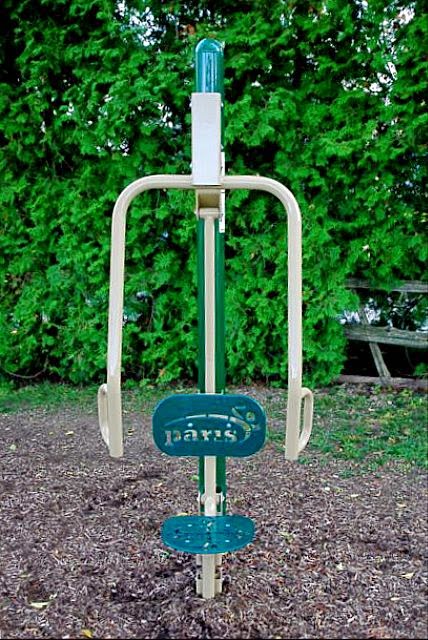 and really, sitting here
looking out at this 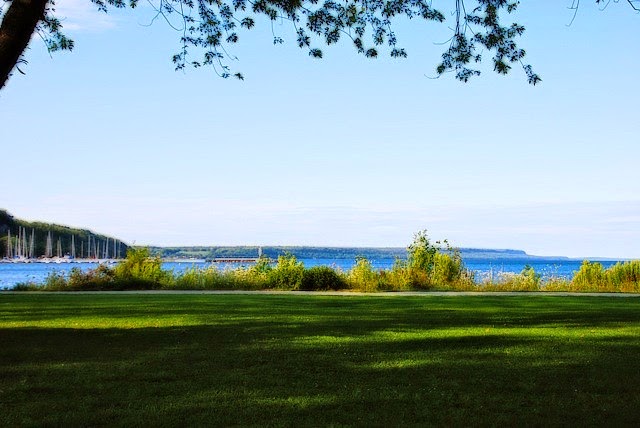 almost - almost - had me thinking I could live here

sharing this Monday Walk with Restless Jo
Posted by VioletSky

Labels: a lovely day to be outside, neighbourhood walks, savouring the moment, small town Ontario, The Bruce, walks