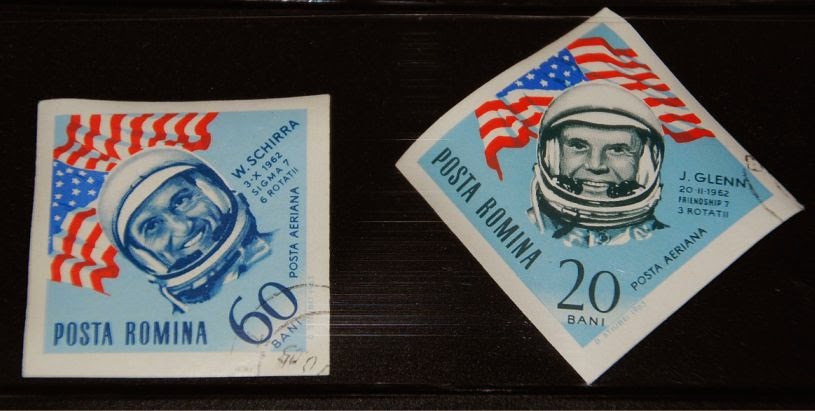 These stamps from Romania were issued in 1963 as part of their Space Navigation series. There are ten altogether, 6 Russians and 4 Americans. All are set at an angle except for four of the Russians for some reason. The designer was a Dimitrie Stiubei (1901-1986), and it is interesting to note that the flag on each of the stamps has a different fluttering image.

As a side note, I have been reading You Are Here, the photo essay book by Chris Hadfield from his journey on the International Space Station. If you haven't seen this, I highly recommend it. If you have only seen his photos from his twitter account when he was the commander of the ISS, you are still in for a treat with his delightful and thought-provoking commentary accompanying the photos. I bet, if Schirra and Glenn could re-enter space in the 21st century, their smiles would be even grander!