This is where I've been spending many of my afternoons and evenings the past couple of weeks. In a parking lot, in downtown Hamilton. 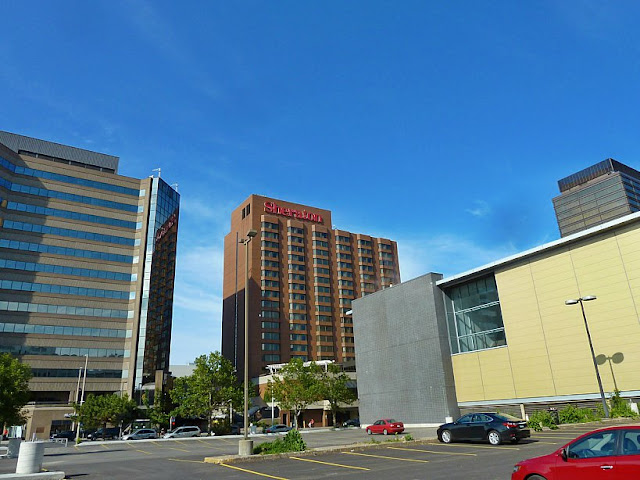 Volunteering my time to look up, mostly towards the Sheraton Hotel, because that is where we have a family of peregrine falcons. That ledge under the 'N' has been a nesting site for about 20 years now, though this year there is a new pair of parents - Lily aged 5-ish and Ossie aged 3-ish. We think because of his age this may be Ossie's first time as a father. He's doing a great job. They have two young ones named McMaster and Barton (following a tradition of naming the chicks after local landmarks). There are cameras positioned so everyone can get a glimpse of the family... until the chicks are ready to attempt to fly, at least. Which they did this week. 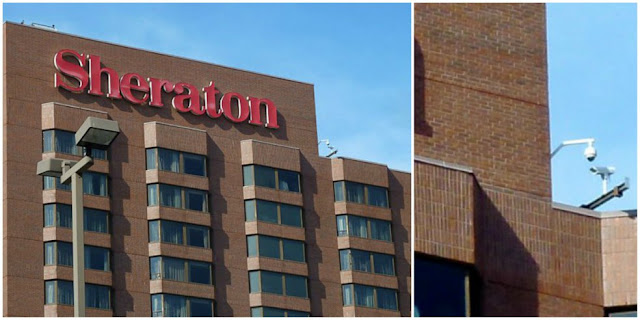 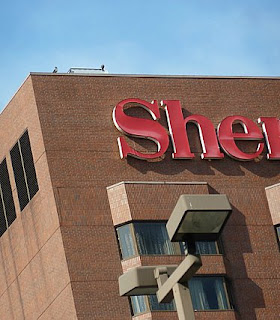 but, actually it is only one falcon (in this case McMaster) and what we have begun to call 'the iron falcon'. From a distance, it fools everybody! 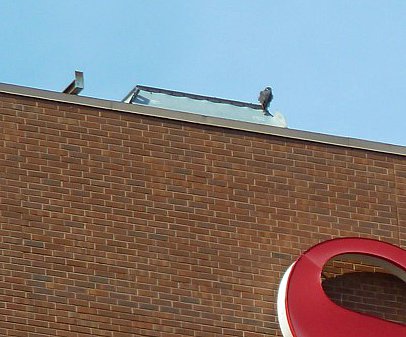 Next door at the top of the Standard Life Building, on a pole contraption that is used for the window washers, sits Barton. 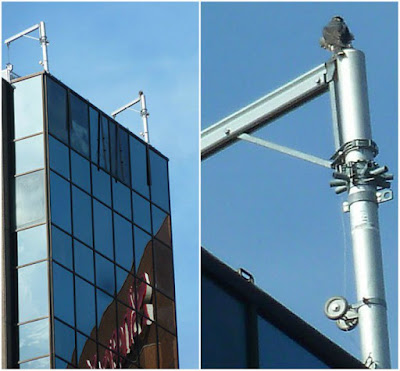 They don't fly too far away at first and are still being fed by the parents. At one point a stupid pigeon flew right up to McMaster. We could hear some squawking, but she didn't really pay much attention to the pigeon. Eventually Mom caught sight of it near her baby and chased it away. I guess Mom wasn't ready to catch dinner and baby hasn't yet made the connection between a live bird and food! 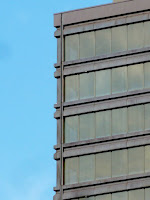 Also keeping watch (but with a high powered scope as well as binoculars) inside the Stelco Tower is the falconwatch co-ordinator. I hope to get to go up and see the view that she sees next week. But she can't see everything, which is why we are on the ground. 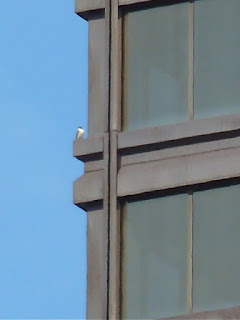 Because, also sticking close to the chicks are the parents, one of whom is sitting at the corner of the Stelco Tower right below where she is. This is my first year volunteering, but already, especially when the light is right, it is getting easier for me to spot them.
Here's hoping for safe flights and no dangerous crashes or falls onto the traffic below. We have a rescue box handy, but none of us really wants to have to use it.
something for Saturday's Critters
and Our World Tuesday