Not all the sidewalks in Niagara-on-the-Lake, a small town located where the Niagara River meets Lake Ontario, are paved in such an interesting fashion as this one 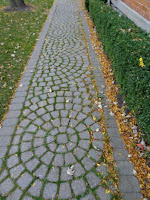 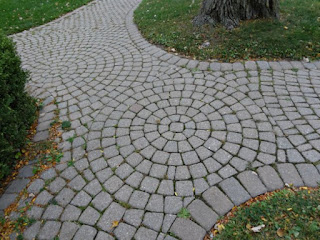 and not all of the buildings are covered with such vines 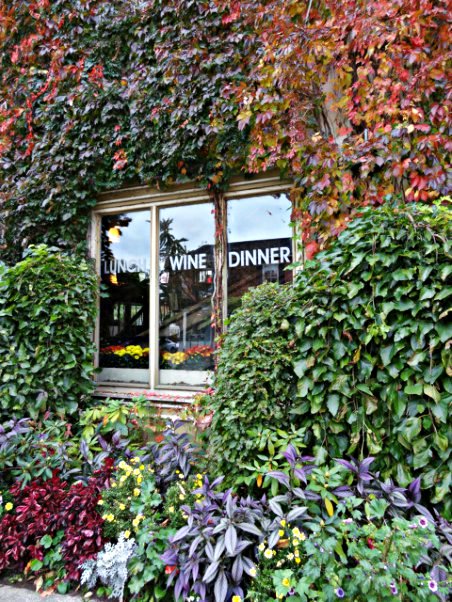 but the streets are covered with such flowery abundance

this is the Shaw Cafe and Wine Bar, a delectable spot for a meal before or after the theatre. 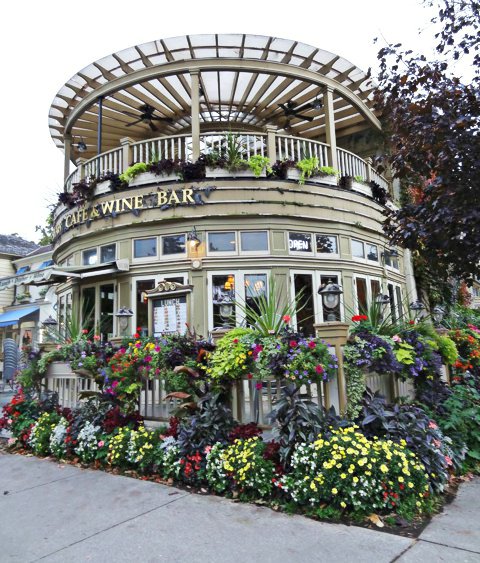 NOTL is the home of the Shaw Festival.  The Royal George Theatre can be seen on the other side of the street with banners for two of the current plays being shown 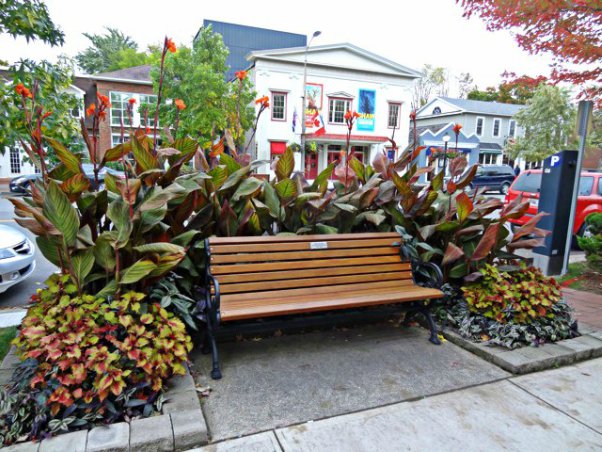 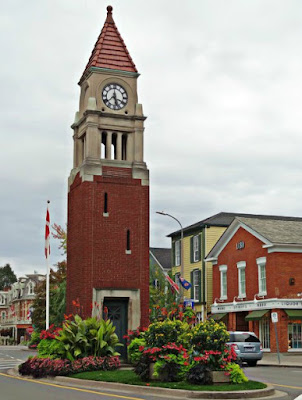 The cenotaph, or clock tower, that stands in the centre of Queen Street. It was built and erected in 1922 to honour those from the town who were killed in WWI.  It has the distinction of being the only Canadian war memorial that is in the middle of any town's main street. 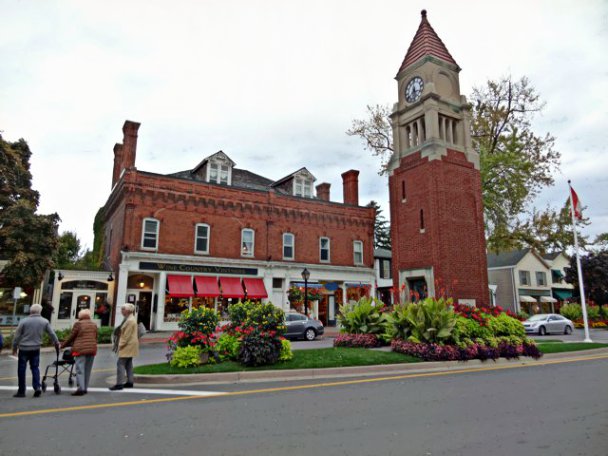 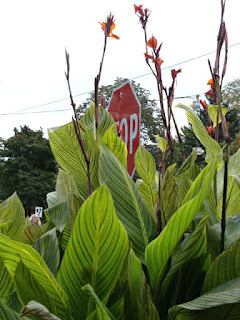 The light was fast becoming dull and dark so I stopped photographing and nipped inside for a refreshment before returning home. Yesterday we had a few moments of snow flurries. Today the temperature dipped to below freezing.  Not sure how much longer these flowers will last, but they have had a good run for the season.
a short walk at the end of the season for Jo's Monday Walks
Posted by VioletSky