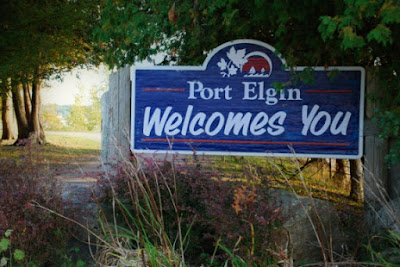 At this time of year (after Labour Day) the beach at Port Elgin is very quiet.
Kids are back in school and most of the tourists have gone.
Even Lake Huron was quiet and calm. 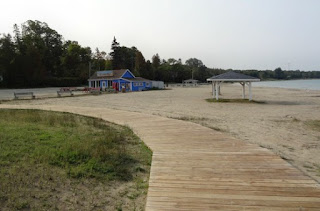 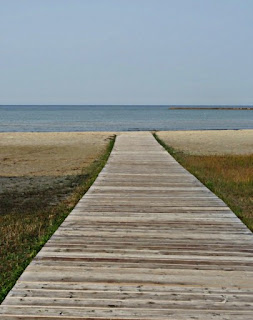 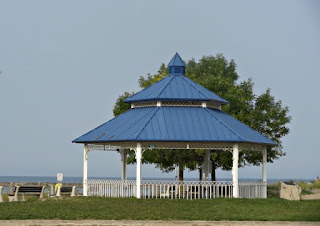 the gazebo where weekly summer concerts are held is a perfect place to sit and read out of the sun if you have a lawn chair with you, which you will also need for those Sunday evening concerts.

the little steam train sits quietly waiting for the weekend when it will run through a 1.6km trip on the Port Elgin and North Shore Railroad around the harbour and park, blowing its whistle along the way. I can hear it from the cottage where I am staying. it has been running for decades, and there are plans to have the station renovated and upgraded, and possibly moved to the North Shore Park at the other end of the waterfront, which led to false rumours that the town might scrap the train altogether. 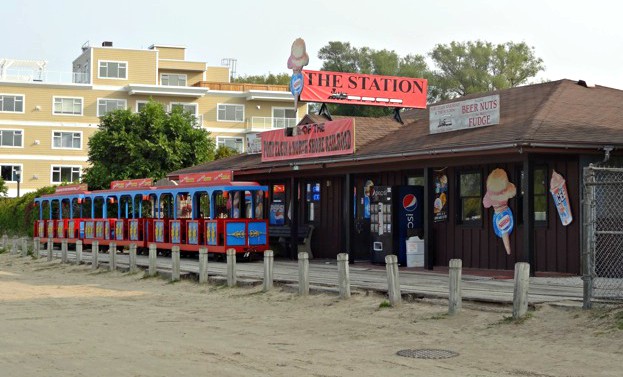 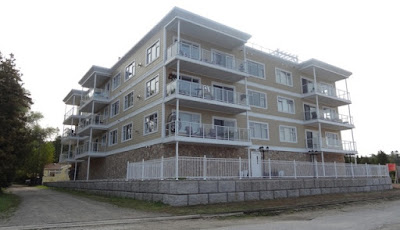 in the background you can see the newly built Edinburgh Club, the first luxury condominium to be built on the waterfront. there are still 2 units left, according to a sign on the other side. 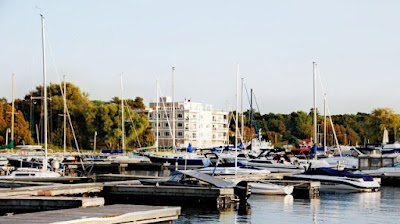 only three of the boats at the marina have been dry docked that I could see. and, glancing at the petrol pumps, I noticed the price is .20 cents more expensive than for autos (at $1.38 litre)


some Canada Geese were lazily drifting in between the boat docks,
with others heading in to join them 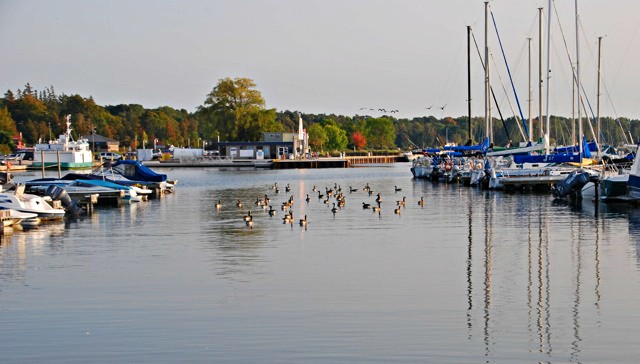 until something spooked them
(wasn't me, I'm sure!) and they suddenly all took off 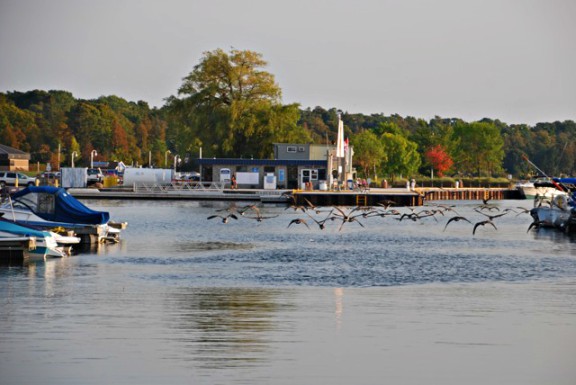 there is an open area between the harbour and the park where this majestic willow takes pride of place. see how I cleverly included the house with my favourite upstairs sunporch? just for scale, of course. 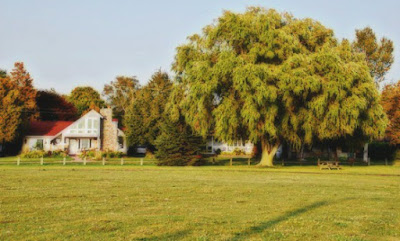 the train tracks are that line in front of the willow
further down, a walking trail takes you through the North Shore Park where you will cross the narrow gauge of the railway near where it turns around 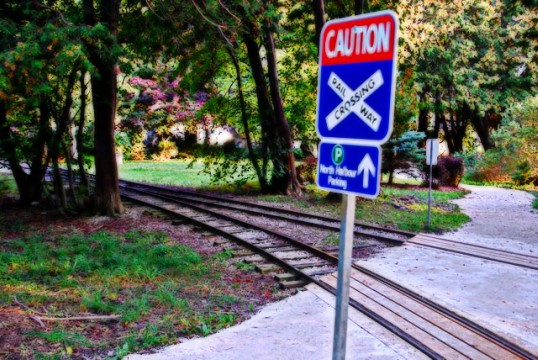 and, finally, another resting spot to view the sunset.
the water is still at a high level. 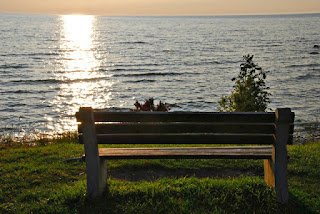 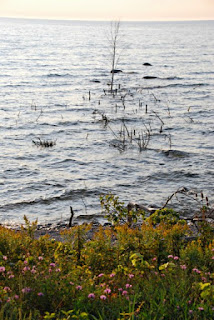 from there, the trail continues on ... 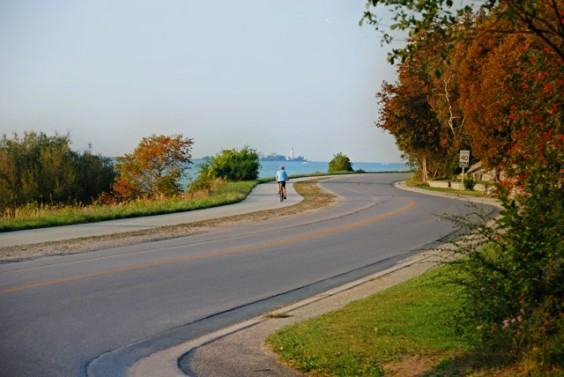 (that is Chantry Island Lighthouse in the distance)
sharing with Jo's Monday Walk
and Our World Tuesday
the first pictures were taken in the early morning, the last seven in the late evening