where I lean off centre 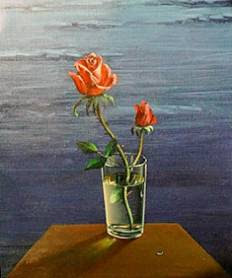 The last time I attended a yoga class, it did not go well. I was in a bad mood when I went (I think it conflicted with something I wanted to watch on tv - I am so shallow sometimes) and I found I was much less flexible and centred than everyone else (not really to my surprise, but I hated having it proven) and left in an even more bad temper, plus feeling very upset at my inadequacies. An after yoga treat of coffee and a scrumptious, freshly heated croissant dispelled any more bad thoughts and feelings. I vowed to return for more coffee and croissants after each yoga class. Unfortunately, the class and I did not belong together, the instructor truthfully informed me and suggested I attend her beginner's class. This did not conflict with my tv show, but proved to be less 'beginner' and more of a 'let's lay out the mats and stretch'. She also spent a good 15 minutes at the start of each class nattering on about something irrelevant in her life about which I cared not a whit. Not what I had in mind. Which put me in a bad mood. Eventually, I decided I would rather pay to not go to class than pay to be in a bad mood. I just went out for coffee and croissants instead. Coffee and baked goods really help with my moodiness.

For several years though, I did attend a class with a great instructor. It was difficult getting up and being present by 11am - and even more so when she moved the class to 10am - but I went every Tuesday for at least one 10-week series each year for about 4 years. Which makes you wonder about the other class doesn't it? She later moved out of town and I've never found another good fit. At the end of each session, after having our little , relaxation on a mat time, people would often spontaneously describe how they felt, how something that morning was "so powerful". I must admit, I never ever felt the 'power' of yoga. Though I did feel the energy afterwards. And I remember the time (about the 3rd round of the 10-week sessions - so class #33 or thereabouts) when I realized I had been able to stay in position for the entire prescribed time without having to come out of the posture and lower my arms and shake everything up ever so unobtrusively and get back into the posture. Usually, I would focus on a tree outside the huge, loft window and count furiously to take my mind off the at first stinging, then searing, pain in various muscle groups.Sometimes I would fall over. This time, I couldn't even wait for the spontaneous outpouring of gratitude and reflection at the end of the class - I cheered and patted myself on the back immediately, I was so excited. Everyone smiled indulgently and gave me such encouragement. That was 'powerful', I guess.

I've been thinking about returning to yoga. Finding another class and trying once again to regain my balance and centredness.

First I need a pedicure.
Posted by VioletSky

Labels: I'd rather be doing almost almost anything else, standing upright shouldn't be painful