having a cold in winter is miserable, but there is something that is pure evil about a summer cold. as well as miserable+.

Before I became so miserable I went on a cemetery walk at St James Cemetery in Toronto. It was built in 1844 and is the oldest cemetery that is still in operation in the city. When it was built, it was way out in the country, far away from the (Anglican) St James Cathedral it served. Now it is very much in the downtown at the edge of the ravine that divides the city into east and west. 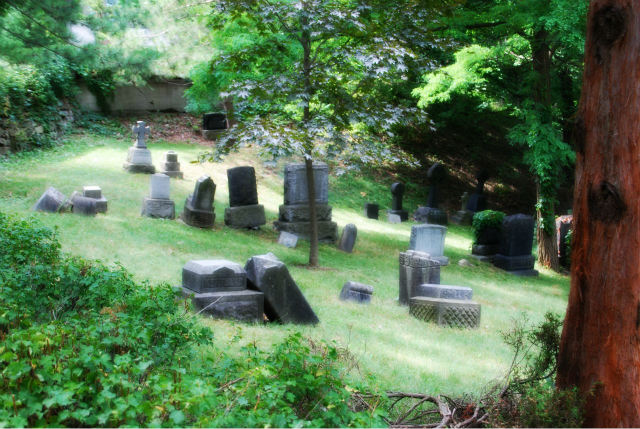 Here is what can happen when you put gravestones (and graves) on a steep hill.

and because I want to amuse myself, I am playing with the colour balances and special effects to make everything look very much greener.... 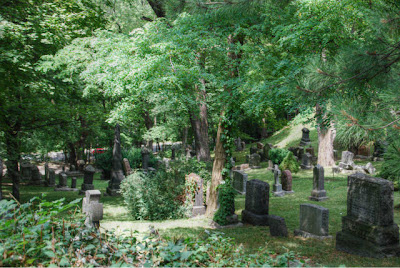 It is a very pretty place to walk through with its mature trees and meandering paths.


Though, unlike Mt Pleasant up in the north end of the city, it does not lead you from one major street to another. 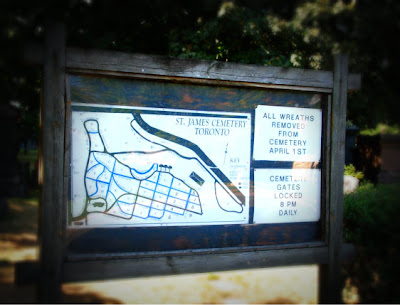 The gates with the chapel up on the knoll (although it doesn't look like much of a hill in this view, it is the highest point on the grounds) 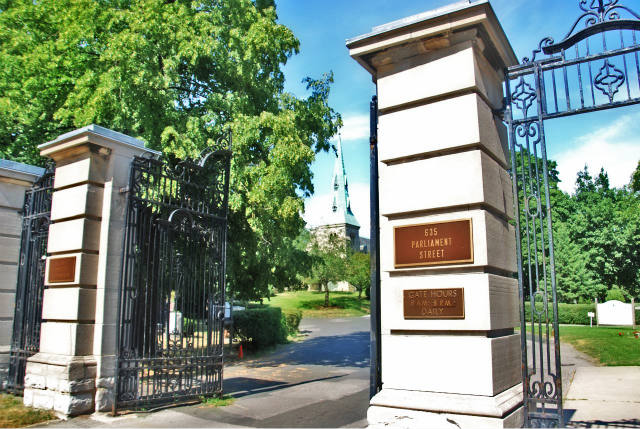 The cemetery was designed by John Howard who was the city's first official surveyor and civil engineer.
A marks where the church is located and B shows where the new cemetery was built after the original became full*. Although it is only a distance of one and a half miles, when it was opened, there was a population of roughly 18,000 and the majority of them lived below Queen Street.

find more grave facts at Taphophile Tragics.
+ I will visit you all when I can breathe easier.....
* the interred were moved to the new site, but there are still apparently some unmarked graves under the parking lot of the church.