it turned out that many of the stamps I thought were olympic themed were, in fact, for other sporting events, so this became more of a challenge than I expected. and the post office did not have any of the rowing stamps for these 2012 games in stock when I went this week.
since these are the summer games, I am showing these three from the last ones in Beijing. 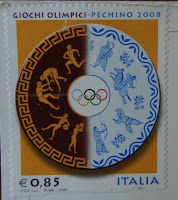 I will admit that I find the logos from the 2008 and 2012 games to be a little less than exciting.
(though this pleased-with-herself-figure on the trampoline is cute) 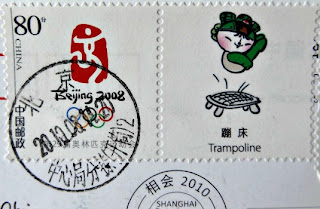