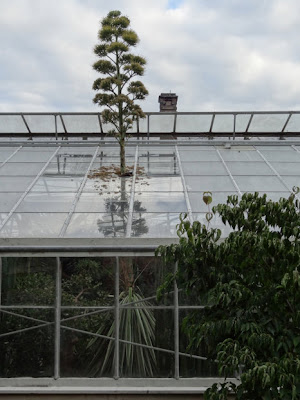 The recent heat wave we've been experiencing has helped push this Century Plant through a sudden and unexpected growth spurt. A hole had to be cut through the roof of the conservatory at Allan Gardens (Toronto) in late March as the plant reached the glass ceiling. Almost half of its 15' (4.5metres) is outside the greenhouse.
The 75 year old agave actually bloomed a week ago and now is waning, but is still pretty impressive. if you want to see it though, you'd better hurry 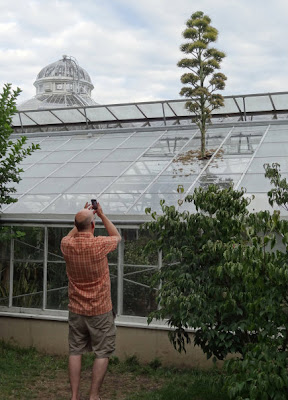 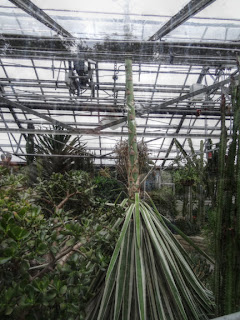 Within a couple of weeks it will die and already the leaves at the base are shrivelling and collapsed. The stalk will eventually turn brown and then be cut at the base.
WhimsicalWindows
Posted by VioletSky

Labels: a long journey, a lovely day to be outside, flowers, growth spurts