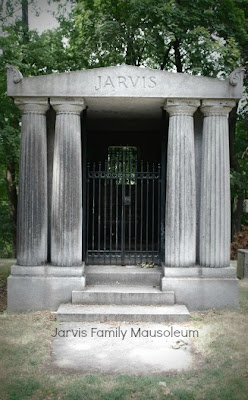 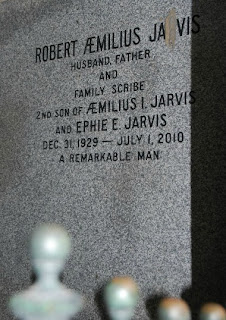 Robert AEmilius Jarvis comes from a long line of a prominent and storied Toronto family.  It was in honour of his great-great-great-grandfather, Samuel Peters Jarvis that Jarvis Street (a main north-south throughfare) was named in honour. Bob wrote a book about his famous grandfather and the bond scandal to defraud the government which seems to have been in very limited publication. The Jarvises were colourful and in many ways unsavoury characters. But this is about one of the younger generation who was a well admired and loved man. He was a producer for CBC television and became the Head of Network TV Variety during the era of live show. He also wrote a book about his years at CBC (another limited publication). Diagnosed with pancreatic cancer in 2009, it seems to have been a painful and difficult time until his death late on Canada Day in 2010 at age 80. He and his wife Nadia "had a legacy of 6 children, 15 grandchildren and 2 great children".
More on the Jarvis family in future grave posts for Taphophile Tragics