I admit, I am not a dog lover, 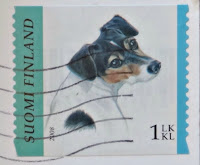 but how could anyone not melt a little at this face? 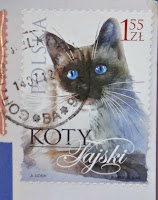 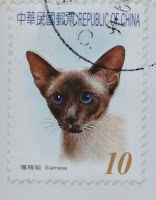 these cats are usually very affectionate and playful.
they are also sometimes a bit loud with lots of attention demanding crying

Tajski means Thai in Polish
and for a pet of a completely different kind, we have this terrapin, sometimes called a turtle. this particular one is a black marsh terrapin/turtle that is endemic to Southeast Asia. according to wikipedia they are commonly kept as pets. they live in marshes and are completely black except for a small yellow mark on the heads. apparently, they are also shy and nocturnal. they are also quiet. 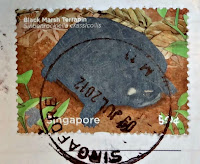 In parts of Thailand and Japan they commonly released into temple and castle ponds and cared for by Buddhist monks where they're treated as sacred by the public, being believed to contain the souls of people who died while trying to rescue other people from drowning.

I know this isn't exactly a pet, but I like it. 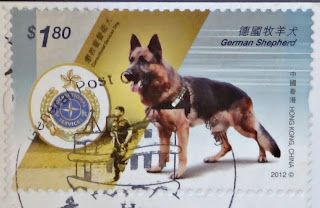 Labels: stamps, stamps&postcards, yes I also have a turtle