After going to the market in Ancaster on Wednesday, I drove around for a bit and found a lovely little church and graveyard where, of course, I had to stop... 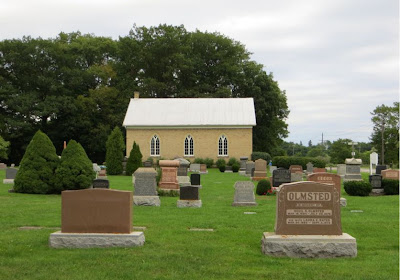 and look who I found! more Norsworthys.
it isn't quite such an uncommon name as originally thought (Nicola), at least not in Devon England 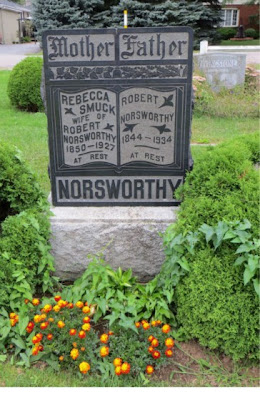 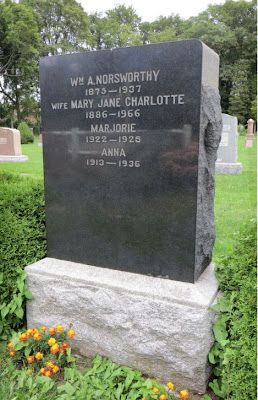 This final resting place is about 80km away from the other Norsworthys in Ingersoll. it seems this family, although also emigrated from Devon, were not related to the John Counter Norsworthy family.


I found out later that Robert and Rebecca owned a farm at what is now the Knollwood Golf and Country Club. Had I known that I would taken a few photos there, too (because these posts about other people's genealogy is becoming my life).
an Anne Brooks in new Brunswick has contributed a lot of information on this family which I thoroughly enjoyed reading.
I have tried, half-heartedly, to look into my family's past but haven't gotten very far. There was a stage when I was very interested and frustrated by my father who kept changing his stories. My mother wasn't all that interested in her ancestry so that didn't help, either. But I have recently been contacted by someone who is distantly related and is working on a family tree. Interestingly, for the little I do know, I was able to help her right off by knowing that my grandmother died the day my brother was born. Who knows, maybe one day I will find a gravestone with my family name on it.

for CemeterySunday
Posted by VioletSky