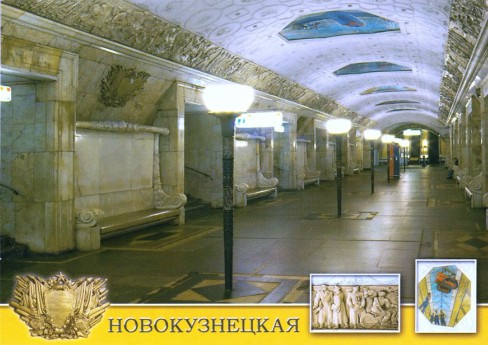 Novokuznetskaya opened in 1943 (in spite of the war!)
and won a state prize for its design. It has seven octagonal ceiling mosaics on the theme of wartime industry. The marble benches were rescued from the Cathedral of Christ the Saviour before it was demolished. 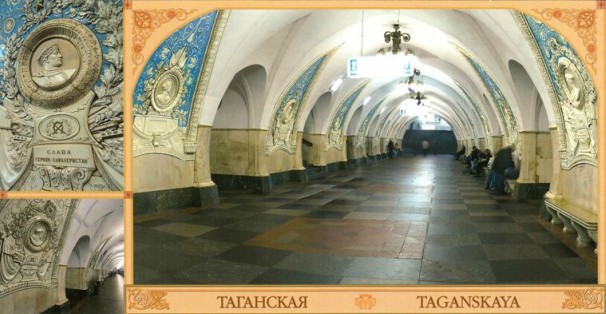 Taganskaya opened in 1950
It has majolica panels with floral patterns on each of the 48 curved pylons. Within each panel is also a bas relief of various WWII Red Army and Navy servicemen 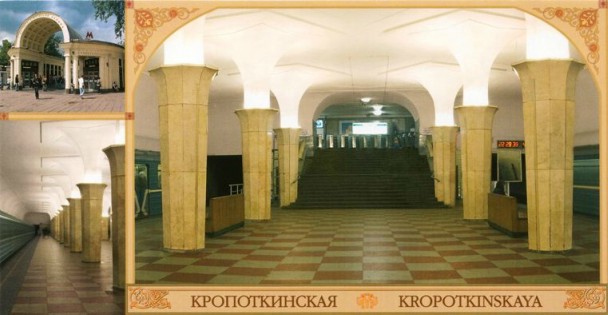 Kropotkinskaya opened in 1935 after only 180 days
it has flared columns of white marble with lighting concealed in the top. 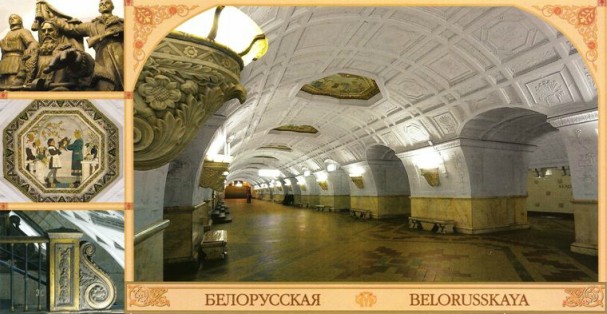 Belorusskaya opened in 1952
it has 12 octagonal mosaics on the curved ceiling and the floor is patterned to resemble a Belrussian quilt. 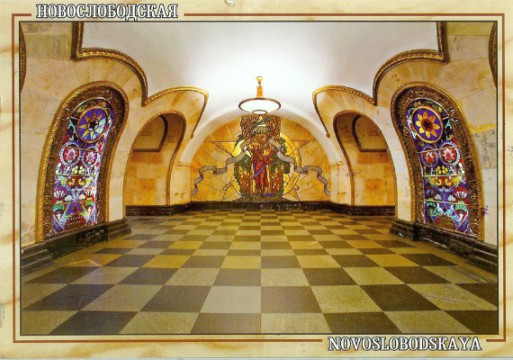 The city I grew up in has a subway system, but its stations were mostly renowned for its bland 'subway tiles' (which I actually kind of liked for its minimalism and clean design) There were four trim colours and three - later five - colours of tile. The gentle repetition was soothing to me. I later found out that many people didn't even notice the pattern.
I cannot imaagine anyone not noticing the designs in these Moscow Metro Stations

for Maria's postcards for the weekend
Posted by VioletSky 10 comments:

Labels: Absynthe's Postcrossing adventure, what I learned from Postcrossing
Newer Posts Older Posts Home
Subscribe to: Posts (Atom)
Lately, this blog seems to be all about postcards, stamps and dead people and where they now reside. Sometimes I throw in an adventure story.