cat and a cradle 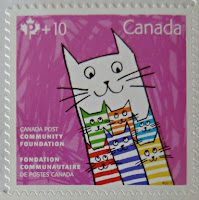 the extra 10¢ above the .85¢ domestic rate from these whimsical cats goes to support the Canada Post Community Foundation which supports community projects for children. 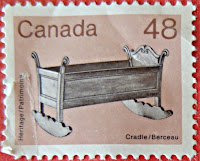 although none of these children slept in an 18th century cradle like this one, maybe their great, great, grandparents did.
the cats were issued in 2017
and the cradle is from 1983 as part of the historical artifacts series 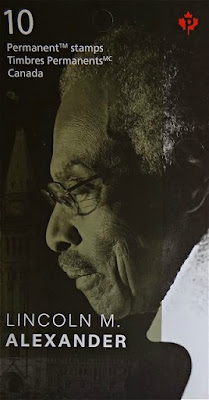 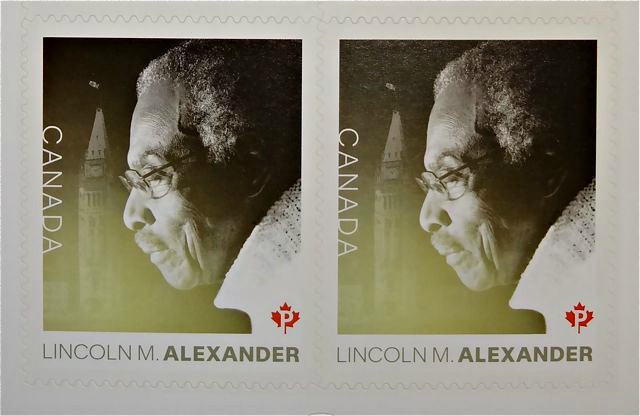 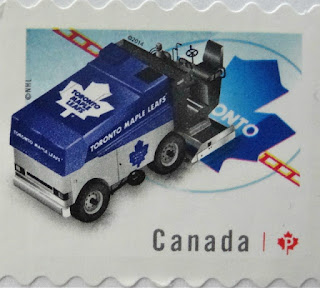 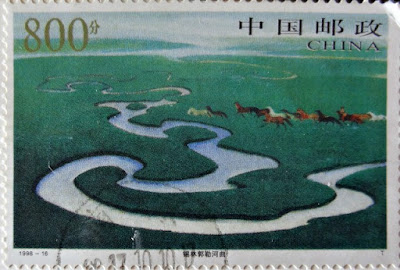 Although this stamp is  from China, the horses made me think of Mongolia. And sure enough, it turns out this river is in Inner Mongolia.
Outer Mongolia is what we now know as simply Mongolia. Inner Mongolia is an autonomous region of northern China.
This is how to spell the full name in Mongol script

I was all set to use this stamp for R, but when I looked into finding the name, it turned out that this winding river is called Xilinguole, in the Xilinguole Grassland National Nature Reserve which covers an area of 10,786 square kilometers. The name Xilinguole means river on hilly lands in Mongolian. (though it looks pretty flat in this view) 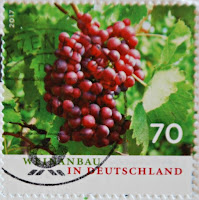 Weinanbau (or Weinbrau) is how you say viticulture in German.
Viticulture is from the latin for 'vine'.
And here we have a stamp of a grape vine,
in celebration of German wine making.
In the shape of Germany!


This wine business has been going on for over two millennia as celebrated in this stamp of a woodcut from the 1309 textbook Rucelia commoda by Petrus de Crescentiis showing the steps in winemaking - planting, harvesting and aging. 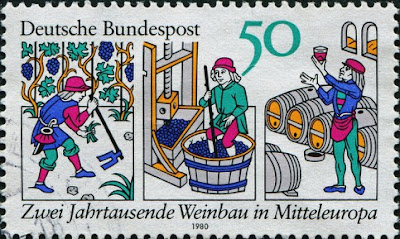 for the letters V and W
Posted by VioletSky 10 comments: