In an interesting twist, I was reading XUP's post on comments, where as is often the case, the comments are as, or more, interesting than the post. There were already a lot of comments to read through, and it took me awhile to read through them all and think of my own contribution.

As usual, at the same time, I had just posted on my photoblog and I was visiting a host of other photoblogs and leaving comments there. I always check off the box that says email follow up comments even though I have been getting no notification of follow up comments by email for weeks - months even. Stupid Blogger. But sometimes, it works and you never know. I also don't always get an email notice for comments left on my blogs. Blogger seemed to have its own idea of who was deemed notification worthy. So it can be a surprise when I go into the comment box to reply to one comment and find two or three others there! It also means I have to keep checking, endlessly, .

Anyway, I was still thinking about my blogger whingeing contribution to XUP's comments when I went to have a nap. In the depths of my sleep-deprived brain (why do I have to watch all 24 hours of Olympic coverage??) I could hear the pings of new emails falling into my inbox. Suddenly blogger has decided you are all notification worthy again.

Just when I was getting used to having very few emails to sift through...
Glad to have you back.
Posted by VioletSky 35 comments:

Every February, the Royal Botanical Gardens has a Glass Under Glass exhibit in the Mediterranean Greenhouse. Ontario artists and students from Sheridan College have created over 100 works of glass art to be admired (and all for sale).

have we seen enough of these things yet? 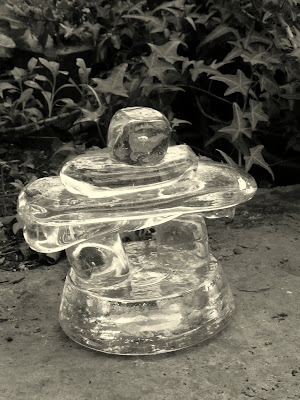 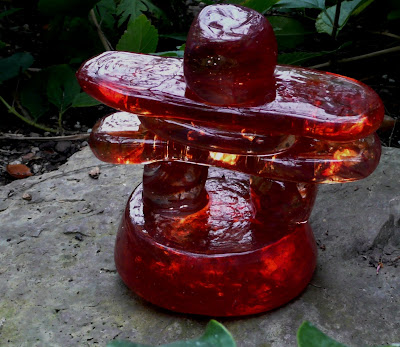 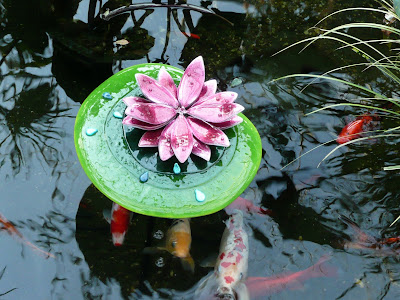 with real fish
and glass fish 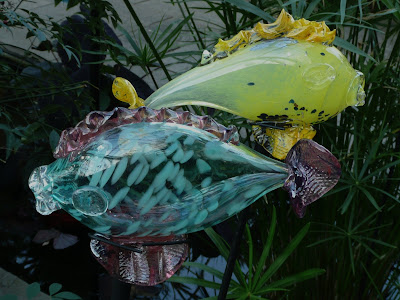 this post brought to you by the letter G
see more from other SundayStills contributers here
Posted by VioletSky 34 comments:

a Bell for Barry 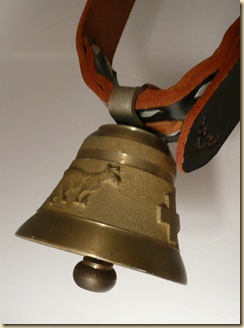 There are some challenges we may have to face in life that are not pleasant.

They require an inner strength that we may not be aware we possess. They may also require the care and dedication of many strangers and loved ones.

They may cause us to explore our lives in ways we never dreamed possible.

Such is the case for many of us who have faced cancer head on or loved someone who has endured.

Barry Fraser of An Explorer’s View of Life has been writing of his journey in ways that have touched all of us who have followed him.

Today, at 2pm, he will leave Princess Margaret Hospital in Toronto. A bell in the lobby at the Chemo Day Care Centre is positioned at the exit doors to be rung as you leave after your final chemo treatment. The staff and visitors and inpatients will all pause. Then applause. Maybe cry.

There are many, many people who are joining in (with links on Barry’s blog for visiting) most of us who only know Barry and his wife Linda through their blogs who will ring our own bells, loudly and with wild abandon. For Barry, for ourselves, for our loved ones who have endured. For those who are still enduring.

You may feel the earth shiver. 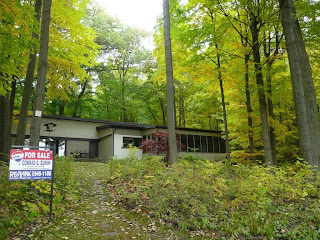 this house?
It was For Sale back in October
when the view looked like this 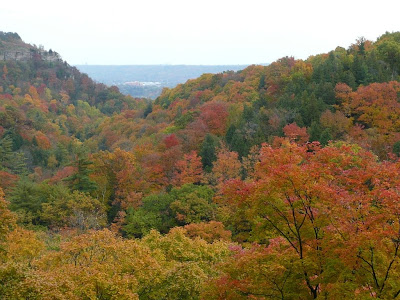 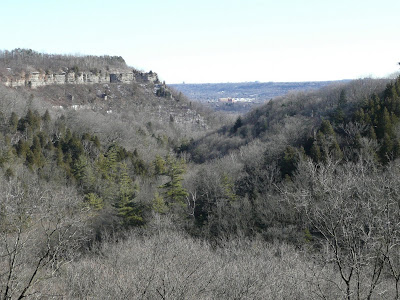 and the house is still For Sale.
I wanted a picture of the view with snow to share with you,
but I doubt that is going to happen this year.
Then again, most of you are likely sick of the white stuff.
This is the alternative.
Pretty drab, no?
photos taken October 16/09 and February 16/10
Posted by VioletSky 25 comments: 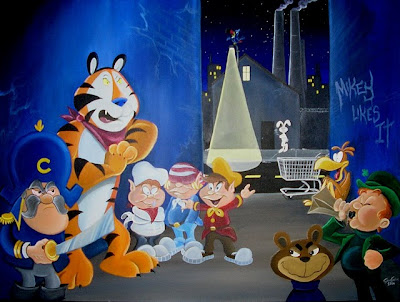 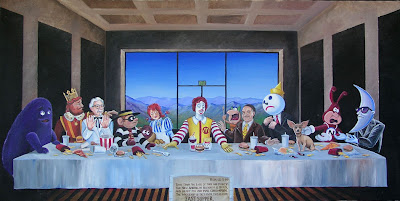 click to embiggen
from Popped Culture
Posted by VioletSky 18 comments:

a wonder of an adventure

A few years ago, during the excitement of the highly anticipated advent of the new Lord of the Rings movie, I thought I should re-read the beloved classic. I had read them as a teenager and remembered them fondly. But then, I thought about the stories and realized I didn't remember enough. I still had The Hobbit on my bookshelves, but could not find the rest, so I bought a new set of the Rings Trilogy. And sat down, prepared to immerse myself in Middle Earth.

I found, to my dismay, that I was not enjoying any part of the first book and so abandonned the project. I still may be the only person in the northern hemisphere who has not seen any of the movies. 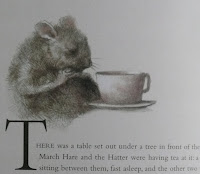 So now, with the advent of the much anticipated new Tim Burton's movie Alice in Wonderland, I thought maybe I should re-read the beloved classic. Because, I think I was about twelve when I last read it and I really don't know the story. Oh, I know enough to get the gist of it, but I wanted to be able to compare the book and movie. Then I heard that the movie has taken many liberties with the story and it is not at all the same as the book.
I don't care. I am thoroughly enjoying the tale. I have gotten lost in the pages.
Is this not the most beautiful edition of Alice's Adventures In Wonderland you have ever seen? Okay, maybe my photos don't show it justice. You may have to find your own copy to really appreciate the beauty. This was being unpacked as I wandered about the shop, and I had to have it. 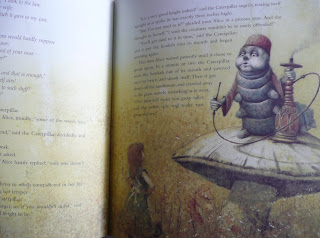 It is lusciously illustrated by Australian Robert Ingpen. 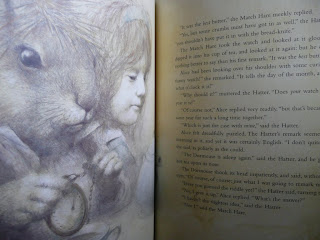 The watercolours flow from one page to the next, encompassing the text (so no glaring white pages) and nearly every page has an illustration.
More tea, anyone?

and if you've read this far and found this post through Twitter, would you mind letting me know how you came here? (just curious)
Posted by VioletSky 40 comments:

change is hard to swallow

We were having a bit of a catch up, a friend and I, over lunch the other day. It had been a long time. The emails, birthday and christmas cards and occasional phone call allowed us to keep in touch in a superficial way, this time we got down to the nitty gritty of our life changes. And it's not always pretty. My friend described how she can change into a "shrew" at the drop of a hat, or a glance. Her temper can flare up like a light switch, without a dimmer. One of my greatest fears was that my moodiness, depressive periods and irritability would only increase. And would I notice? Instead, I find they have decreased. I am much less irritable and way more placid than I believe I've ever been. Perhaps too calm. Maybe the depression hasn't vanished...
What I have found, is a new understanding of why women of a certain age suddenly have short hair. Who knew your head could sweat so much? And at so many inopportune moments?
I can no longer drink wine without getting a hot flash. So far, caffeine is okay, though I notice I don't crave coffee nearly as much as I used to. Chocolate, of any kind - even a chocolate chip cookie - can give me a headache. It has been about 15 years since I used to get migraines from chocolate, red wine and cheese. This isn't nearly as bad, but it is there, a dull ache and stuffy head.
And whenever I eat spicy foods I discover I get the hiccups. That is new. It doesn't even have to be very spicy, the mildest mango curry, or a hint of chipotle, and the hiccuping starts. Or the indigestion. That one isn't so new.
After lunch we went to the market, where I bought some wonderful bread (basil and parsley sourdough) and some peameal bacon. Because that's what you do when you go to the market.
Now, I've always been more of a "sour" type of person than a "sweet" type. Cut a lemon in half and I will suck the juice out of it like an orange. Yum! Put an eclair in front of me, and I'll eat it out of politeness, but I would never actually ask for anything so rich and sweet. My cravings generally run towards the salt over sugar.
I knocked on my neighbour's door the next night and offered her the rest of the bacon and the luscious sourdough bread that was topped with boulders of rock salt.
Seems I have now developed an oversensitivity to salt. I noticed it with the ready made dinners, and certainly on frozen pizzas, so I stopped buying them, assuming that there was just too much sodium. But I hadn't realized just how sensitive I had become. I could not taste anything of the bacon sandwich except salt.
No more Indian food with a beer to wash it down with (no, really, I haven't had too much to drink). No more side orders of french fries topped with lots of salt and vinegar. And that expensive bag of Mayan Hot Chocolate - the one with chilies - from Soma? Well, I can't give up everything. Mmm, what a warm up potion after a long walk outside.
Meanwhile, I am entertained with these commercials as companies scramble to make their foods sodium reduced and healthier. You can now order these little 'sidekicks', Salty and Pep (if you live in Canada), presumably in case you want to add, say 10% more salt from the 25% reduced.
check out these links for cuteness overload
Salty from Knorr
Salty mask
Posted by VioletSky 22 comments: 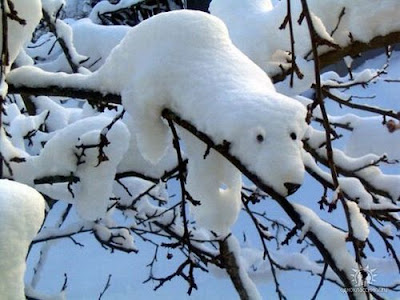 Feeling a little discombobulated right now.
I woke up from my 3 hour nap around 7pm (I know, aren't you jealous?) to see that it was still light outside my window. A little more investigation and I realize the sky is a light snowy grey.
And there is actual snow falling from this sky and covering the ground. This is the first significant amount of snow that has fallen in Burlington ALL WINTER! 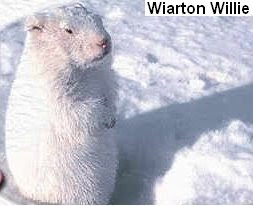 I blame this guy.
Damn shadow.

photo from Sandwalk
Seriously, Texas and England have seen more snow than our little corner of Lake Ontario.
Still not worth the hundreds of dollars I spent on snow tires last fall.
Posted by VioletSky 33 comments:

Labels: Canadian trivia, what I can see, where I live 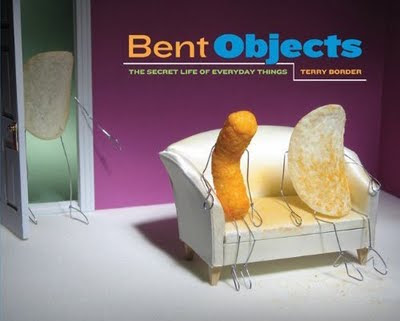 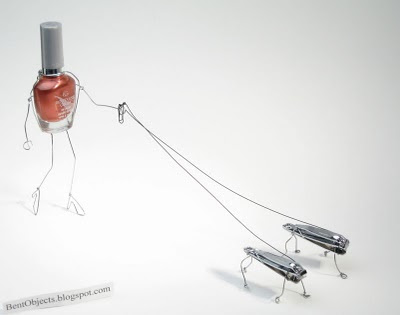 let your fingers do the walking 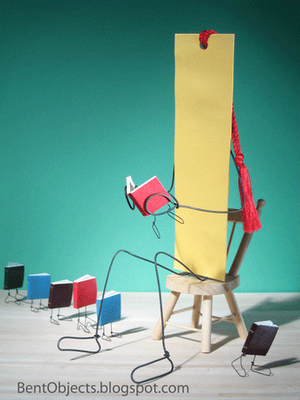 so many books waiting to be read 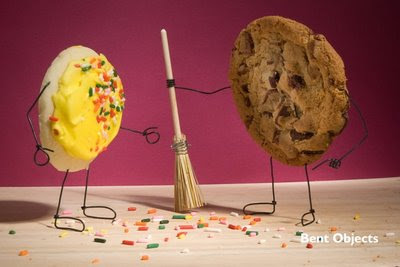 clean up after yourself

I found his book while I was in New York.
Both the book and the blog are well worth reading.
We could all use a good laugh now and again.
A surprise at every turn of the page.
Posted by VioletSky 14 comments:

Labels: a sort of book review, AMusing
Newer Posts Older Posts Home
Subscribe to: Posts (Atom)
Lately, this blog seems to be all about postcards, stamps and dead people and where they now reside. Sometimes I throw in an adventure story.