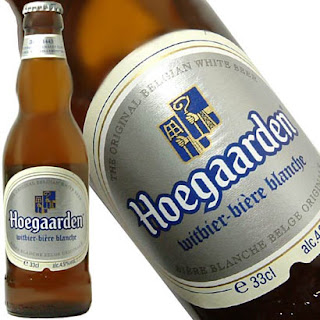 I admit it. I am a beer snob.
I'm not fond of such watery brews as Coors Lite or Molson Canadian. And don't get me started on Labatt's. I even like English ales. Served warm.

But mostly I prefer Belgian beers. Some of the fruity beers (Lambic) are quite refreshing on a hot summer's day. And the stronger ales, like Chimay are a joy to the palate. And then there is the white (wheat) beers (witbiers), like Hoegaarden. Light and refreshing yet with full flavour. Tangy with a hint of spice. Aromas of banana and citrus and coriander. Goes very well with salmon.

The fact that we can drink this beer at all is all due to a man named Pierre Celis, who opened up a brewery in the town of Hoegaarden in 1965, ten years after the last witbier brewery in Belgium was closed. Pilsner had overtaken the witbiers and a centuries old tradition died out until Mr Celis decided to revive the style. Mr Celis passed away last week at the age of 86.

If you want to learn more about Belgian beers/ales here is very informative site
I've been working all night, in the pouring rain, so I've already raised my glass in honour while reading this rather long-winded, but informative site about everything (everything!) Hoegaarden.
Posted by VioletSky