It was a beautiful morning so when I finished work last night, I decided to head out for a walk along the beach and a coffee on the waterfront. 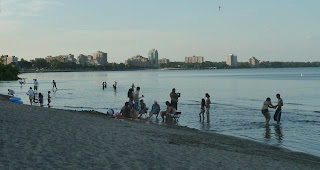 I decided to do this in Hamilton.

(this is an evening view of the beach from a previous night. the beach faces east, so the sun would have been in the way...) 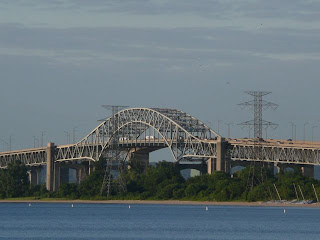 Anyway, this would normally involve going over the Skyway,

but because it was early and the light was perfect, I decided to get some photos of the newly erected scaffolding that has gone up on the underside of the Toronto bound portion of the Skyway. 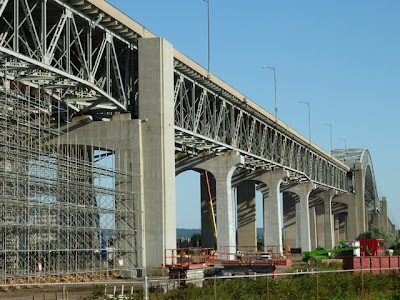 There seemed to be an awful lot of traffic for 7am on a Saturday morning, and I thought at first that the lift bridge was up (which was odd, seeing as how I had checked before I turned down this route) but it turns out it would have made no difference which route I wanted to take as I would have ended up in this mess.


This is what happens when there is an accident on the highway, the Niagara bound portion, on the first day of a holiday weekend...

by the time I got there, the light was no longer quite so perfect. 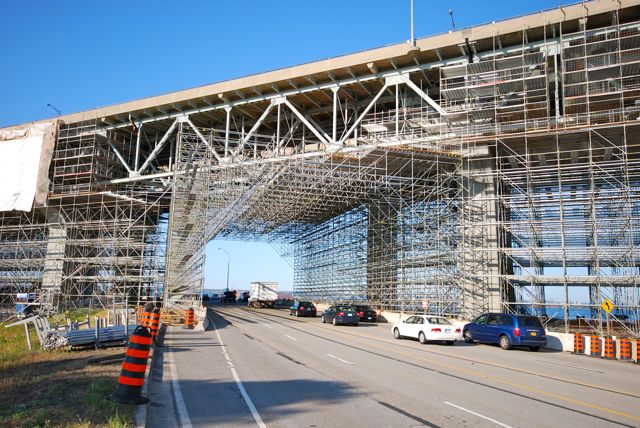 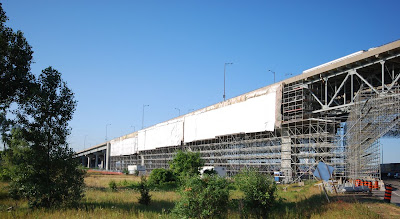 more pics on my other blog at Sightlines


... as if the traffic wasn't enough, it has taken me hours - hours - to post this because everything on this computer is running slow, from Picnik to Blogger. Anyone else experiencing that?


You can see more bridges over at Sunday Bridges, hosted by "Louis"
Posted by VioletSky

Labels: a long journey, a lovely day to be outside, memes, photography, where I live