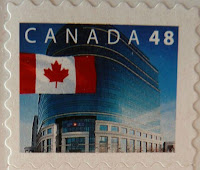 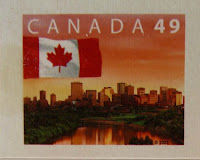 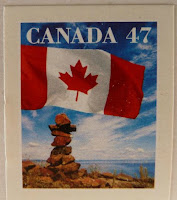 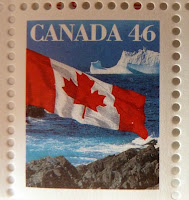 This was also the first year for the non-denominated stamp. The P icon stands for permanent, so although these stamps cost 51 cents when they were bought in 2006, they can be used indefinitely for whatever the current domestic rate is (which this year is 59 cents)
more stamps can be found at Viridian's Stamp Blog
Posted by VioletSky