a mural that shows early settlers, the cathedral, the school, bishops Provencher and Taché and Louis Riel.
a map on the side of the pedestrian bridge from Winnipeg to St Boniface shows the two cities separated by the Red River. 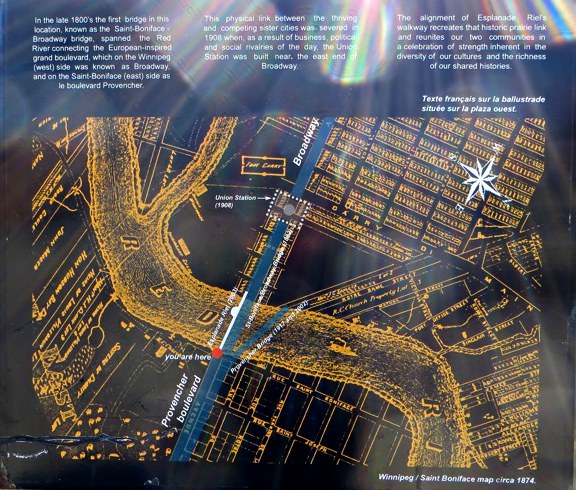 a view over the city and the fabulous Esplanade Riel. 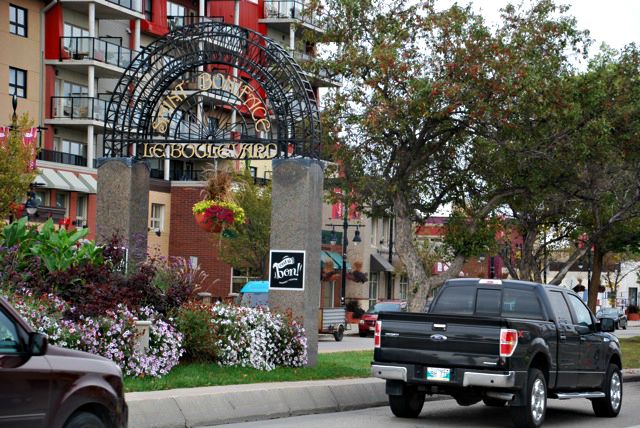 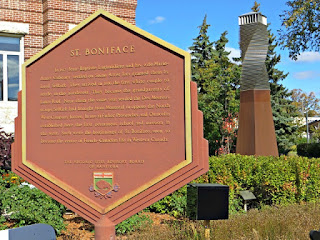 Down Provencher Blvd, in front of the old city hall is a brief history lesson, a plaque that tells of the arrival in 1806 of the first white family to settle in the area who would become the grandparents of Louis Riel. Also of Father Provencher and Dumoulin who would start the first school and mission in the beginnings of St Boniface which would become the centre of French Canadian life in Western Canada.

There are walking tours that include the 'old town' and 'Gabrielle Roy' who was a prolific French Canadian author (1909-83). The only book I remember reading was The Tin Flute, but there was also an autobiography titled in English as Enchantment and Sorrow. Both of these won the Governor General's Award. The home she grew up in is now a museum. 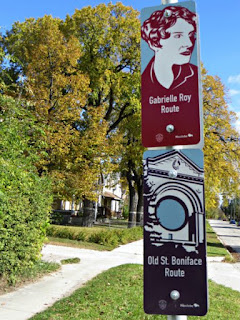 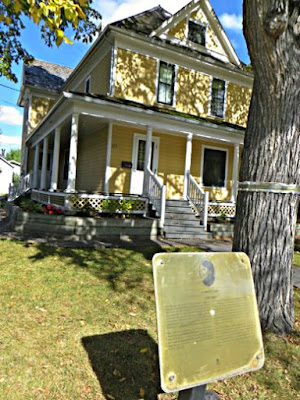 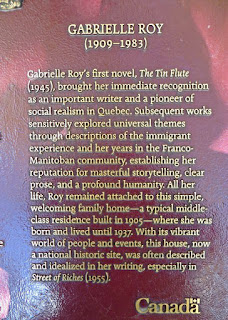 The sign above that is a bit unreadable tells that she was "one of Canada's most prominent authors" and that she was a teacher and active in amateur theatre.  Her "first novel was published in 1945 and her writing, much of which were written in Manitoba, was deeply influenced by the prairie landscape and the genteel poverty of her early years.  Her simple style, combined with masterful descriptions of every day life developed a devoted international readership." On the left is a more readable sign on her front lawn. 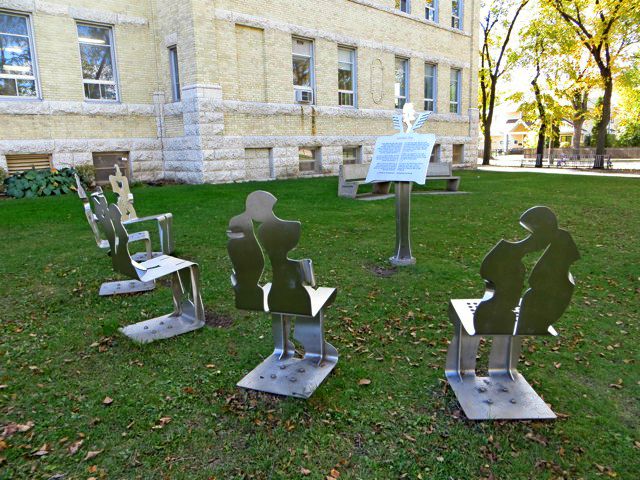 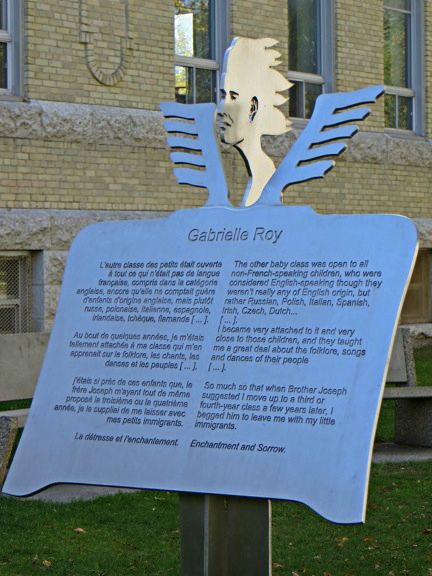 scattered around are these plaques with excerpts from her writings, this one found outside École Provencher and the one below at the cemetery 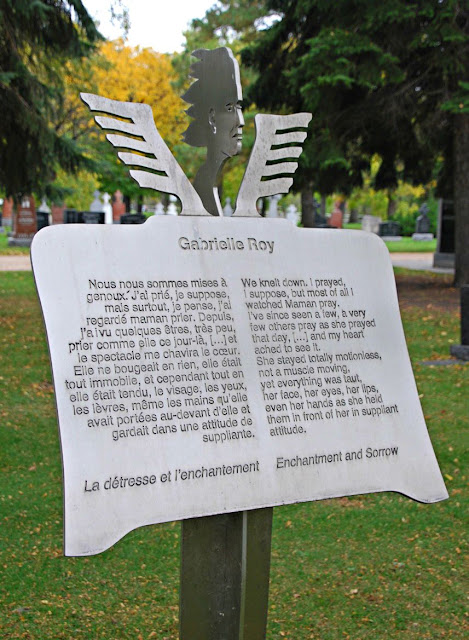 Exploring the 'old town' on the main street was a little disappointing as there was very little old left.

but we did find an excellent chocolate shop 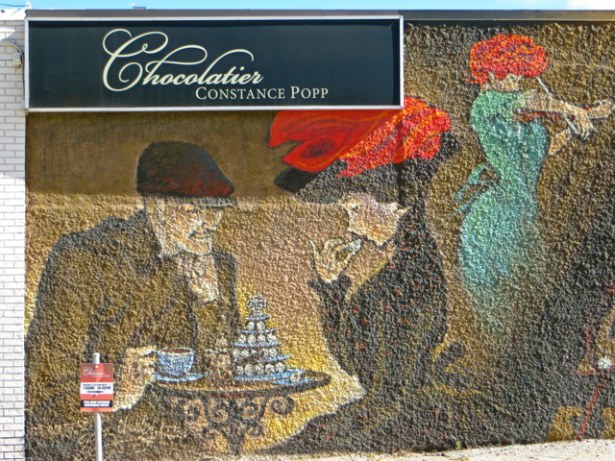 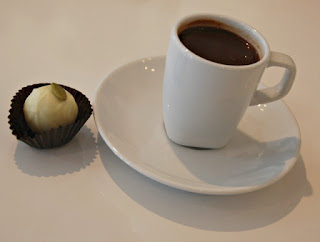 with tiny cups of spicy chili hot chocolate - and for me, a treat of pumpkin truffle.
as well as a side order of a surprise chance encounter with an old friend from the days when we all lived in Toronto!

part one of a new series of my recent trip to Winnipeg
for Jo's Monday Walk and for Lesley's signs, signs
Posted by VioletSky