It is a long, slow journey for the six massive beer vats enroute to the Molson's brewery. 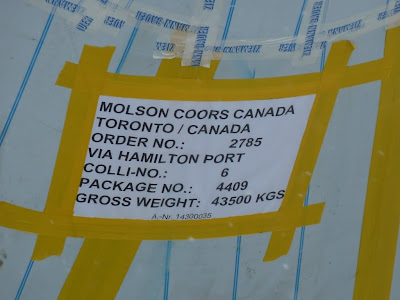 First, there was the 20 days crossing the ocean from Germany. They couldn't be unloaded for a few days due to high winds in November. Then they stayed in the Hamilton Port for a few weeks while the final logistics of the move were made. Then Christmas came... so the move was postponed so as not to interfere with holiday traffic. 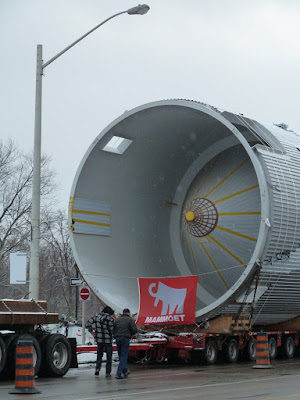 But, last night was the much anticipated move. The first leg of a four night slow crawl. 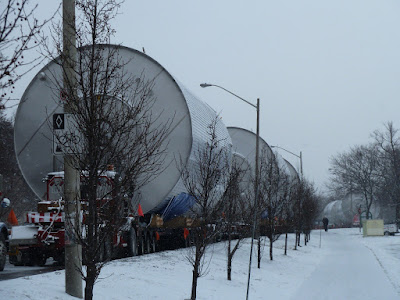 Because of their size, highways are out of the question, they would never fit under the bridges, or the many overhead signs. The company charged with this undertaking had to plan a route that would avoid overpasses and then coordinate with police forces to close intersections, raise or cut hydro and cable wires to get the vats through, steer trucks by remote control through tight areas and remove metal poles then weld them back in place. The plan was to move about 10miles (15km) a night. then rest during the day. 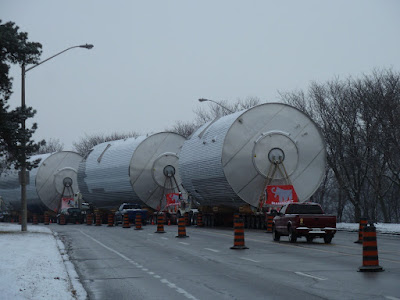 Last night, it barely made it 3 miles into the first leg. The freight company is blaming the hydro company for not being prepared. Then a snow storm hit. 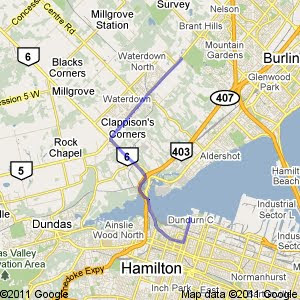 This map shows the anticipated first leg. The vats made it to Dundurn, just before the bridge. It still has a l-o-o-ng way to go! 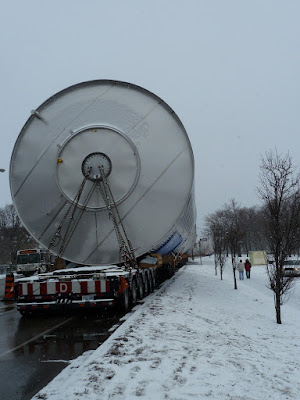 Update on the crawl....
now that the convoy is out of the city things are moving better. the vats are now resting after a 12 hour 13km journey on day 2. 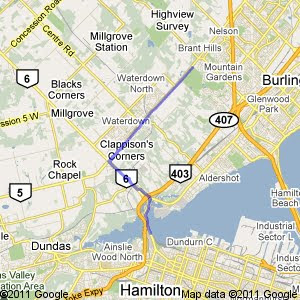 Labels: a long journey, things gone slightly wrong, this is for geewits, where I live