a walk on the wild side 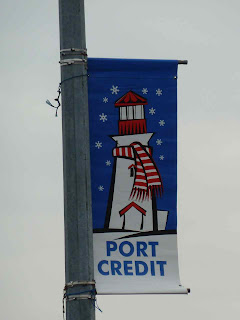 Yesterday was a day to be outside; warm, if a bit damp, with a high of 12 celcius!
So after my 'organize your photos' class at the Apple Store, I decided to head down to Port Credit for a bite to eat and a walk along the waterfront.
They have a lovely little marina there which I think I like better than ours 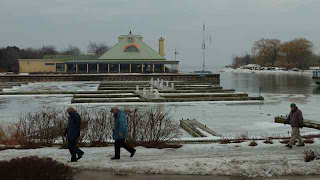 The Lasalle Marina is pretty, but quite isolated, whereas the Port Credit Marina is off the main road and right 'downtown'. And more importantly, has a restaurant overlooking the water. There are many other restaurants I could have eaten at, but I chose this one specifically because I wanted to watch the ducks. (who were racing to get food from someone off to the far right in this view)

There were several different species of ducks to watch than the usual mallards that inhabit our bay. We get the odd diving duck or two, but here there at least a dozen others, like these long tail ducks

Of course, the Credit River was free of ice where it met the lake, which would allow them to dive
whereas the bay at Lasalle Park (where I stopped to get comparison shots) is still frozen. 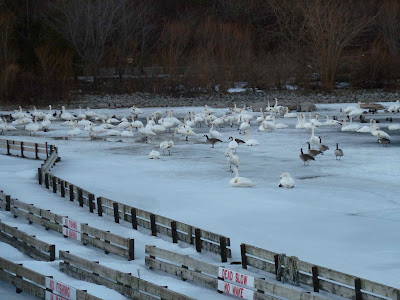 The Lasalle Marina does, however, have way more swans 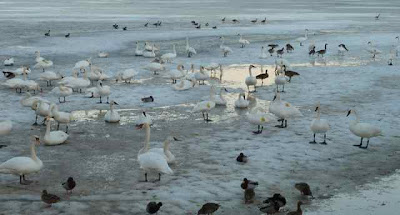 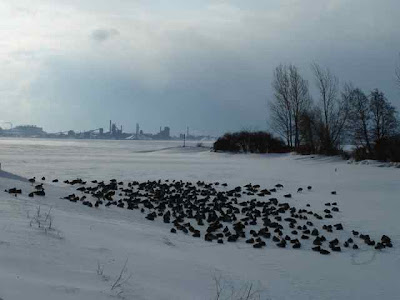 Labels: a lovely day to be outside, birds, where I live