There were still banners up all over Glasgow, though I missed the excitement of the Commonwealth Games which ended three weeks before I arrived. 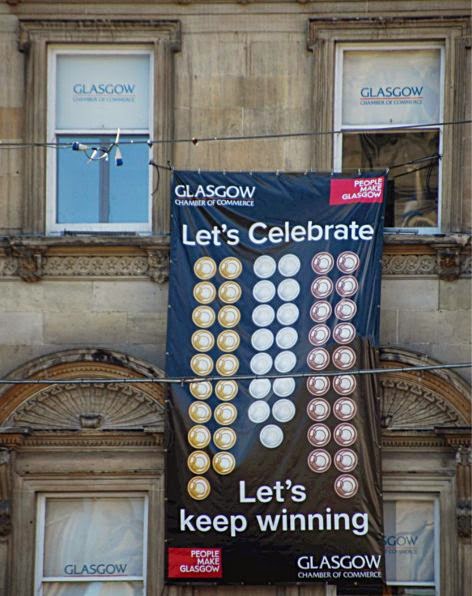 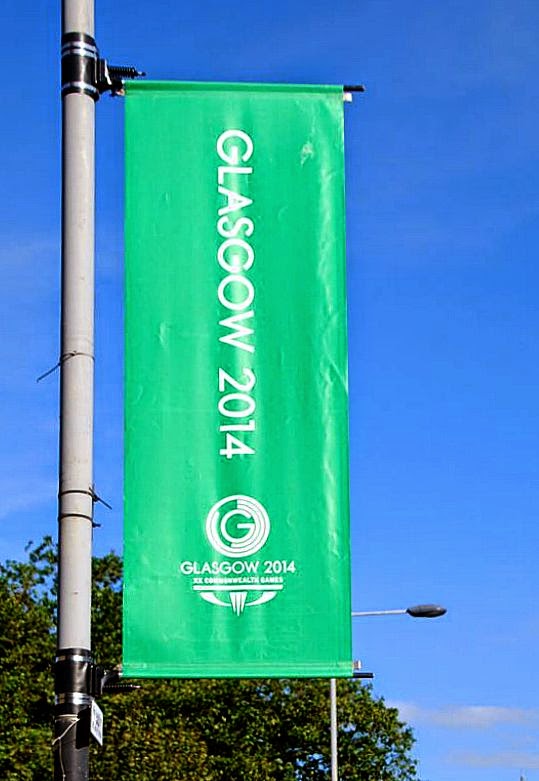 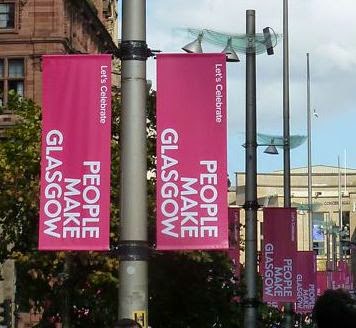 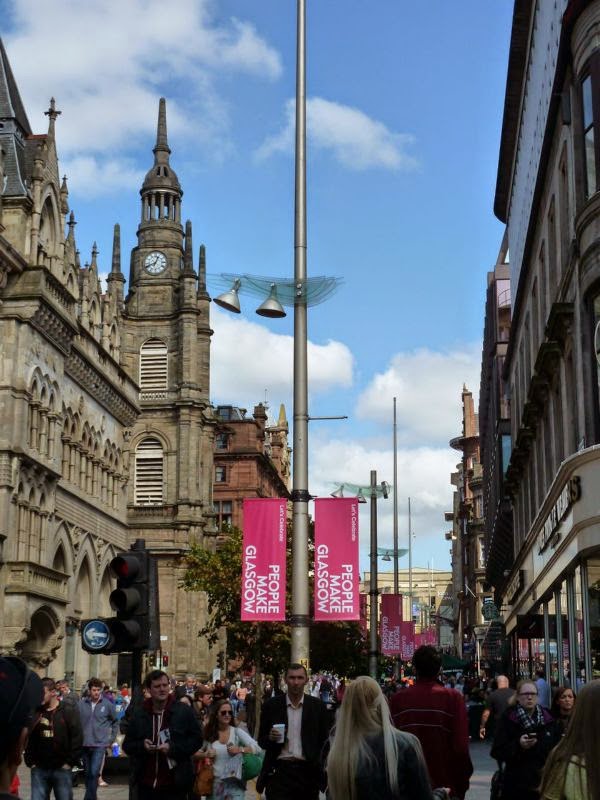 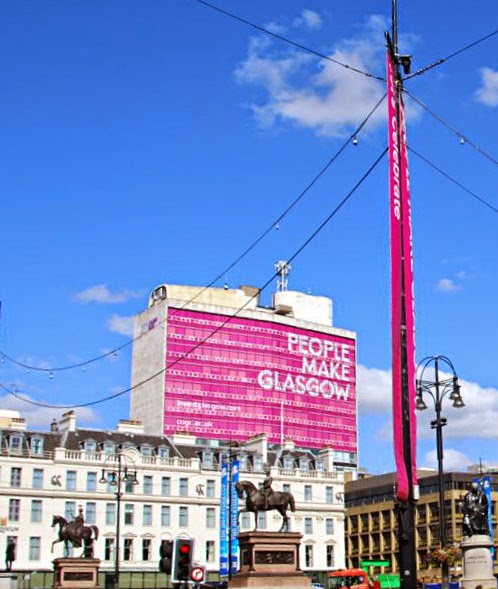 And now it is time for the Ryder Cup, being held this year at Gleneagles 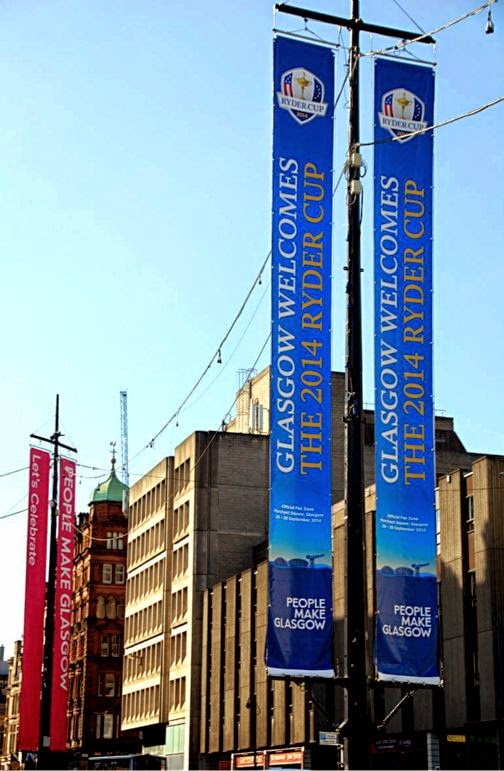 but what was most upsetting and disappointing, was that the Big G that sat in George Square since the end of May was being dismantled on the day I arrived!! 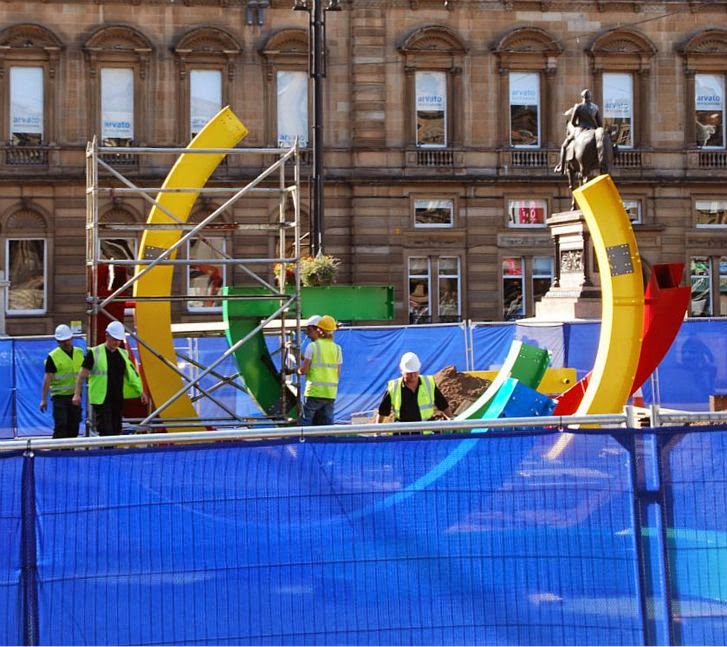 There is a rumour that it may be placed permanently on display at another location, which would be a wonderful idea as it was a huge hit with locals and tourists. It had a similar appeal as the I amsterdam sign in Museumplein and looked like this 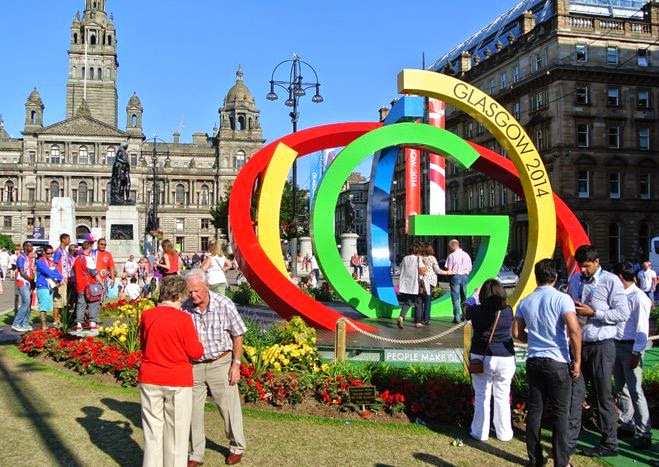 photo taken from this website, which is an interesting read in itself about the city during the games.
signs,signs
Posted by VioletSky