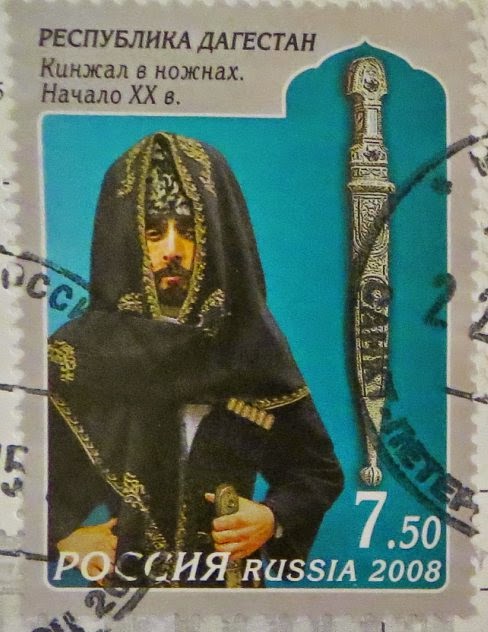 The Dagestani armorers were well known for their military products.

The dagger has always been used as a weapon, as a household item and for various household needs; cutting firewood and slaughtering cattle as well as other jobs around the house or in the field. In Dagestan daggers were worn constantly, from adolescence, so in the second half of the 19th century, daggers were produced much more than other types of cold weapons like swords or sabres. 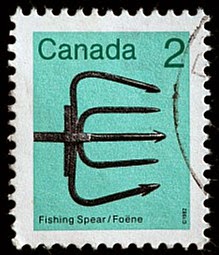 Next is an antique fishing spear from the 1982 definitive series of heritage artifacts. Apparently, ice fishing with a spear was such a successful way of catching fish in the late 1800s that the conservationists of the day lobbied the government hard enough to eventually procure a ban on spear fishing, with the last license being issued in the 1940's. If you are determined to use this method, there are still 6 states in the US where it is legal. So head off to MN, MO, MI, SD, WI or AK.
But first, see what other weapons were found on stamps at SundayStamps II
Posted by VioletSky