For Jo's Monday Walk, I'm taking you to a waterfall I visited in early September. It was late in the day and the setting sun was strongly not in my favour 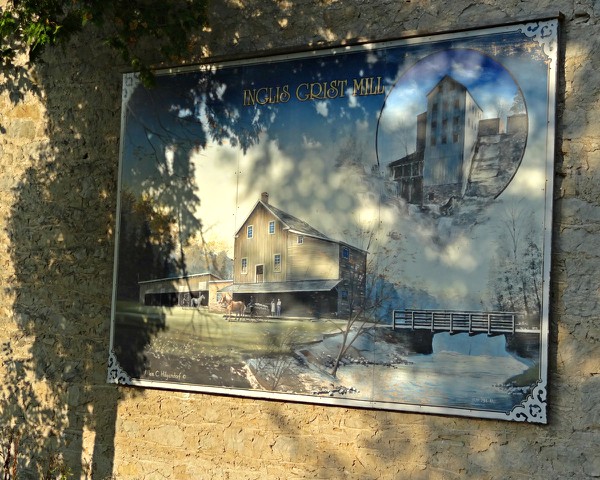 The Mill is no longer at Inglis Falls in Owen Sound, having burned down in 1946 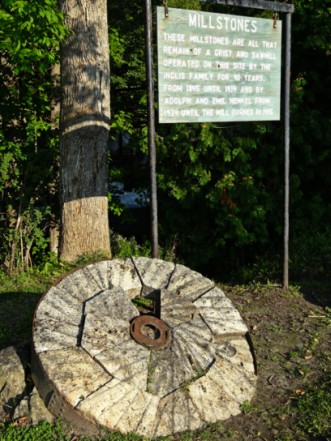 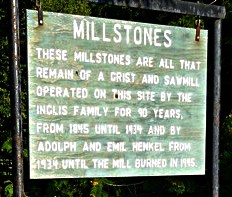 but the Sydenham River is still flowing, 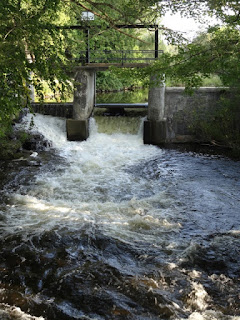 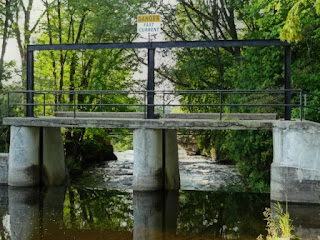 as you can see, there is a perfectly good walkway with a slightly higher than knee ledge with a good view over the waterfall, 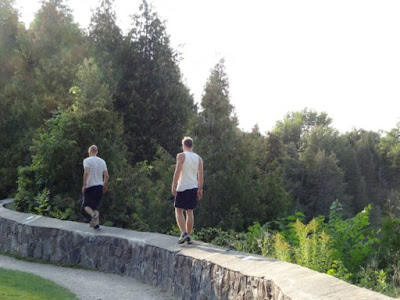 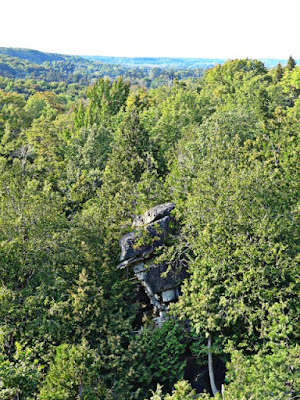 looking up over the horizon

looking down over the top of the falls (from the walkway) 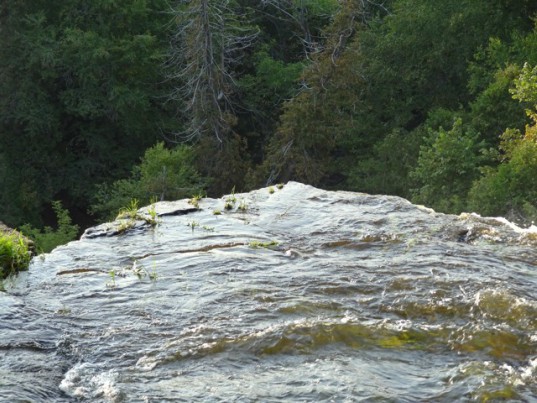 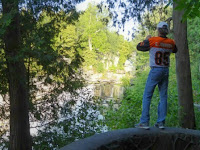 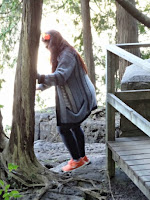 now, had they just stayed on the boardwalk for a few more metres – maybe two metres at most –  they would have found a much better and less obstructed view. after taking his photos, he turned and left for the parking lot;  she climbed through the rails of the deck, opting out of using the accessible steps just to her left. 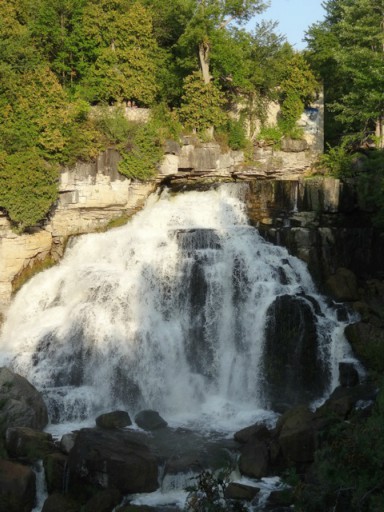 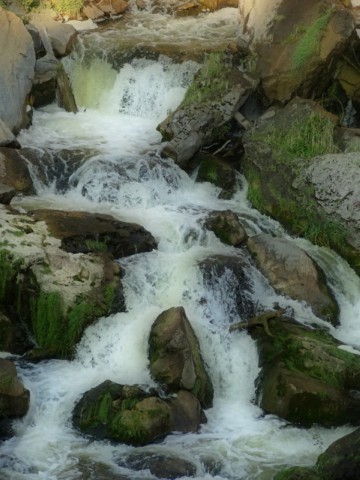 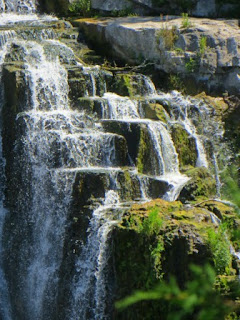 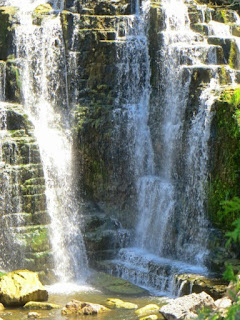 three years ago, when I was last up this way, the water flow was a little less...
which was no less fascinating to see


turning away from the view of the falls, and trying not to trip on the path, there is an enchanting – and at times amusing – array of tree roots climbing over and around the rocks of the Niagara Escarpment 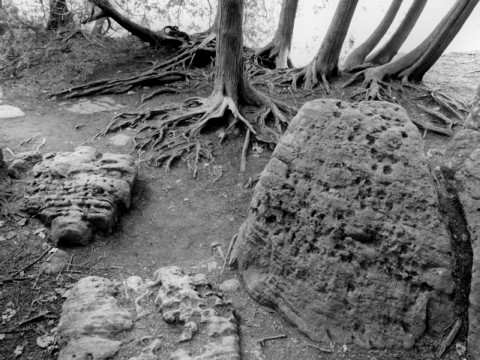 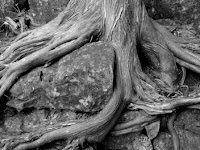 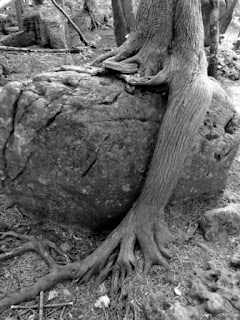