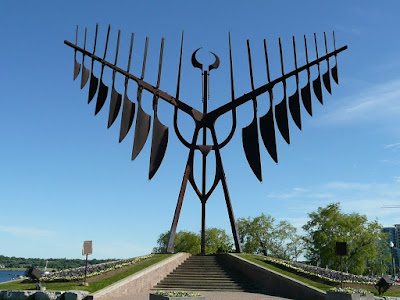 The Spirit Catcher has spread its wings over Kempenfeldt Bay in Barrie for over 20 years. It was originally created for Expo86 in Vancouver by Ron Baird and was later purchased and donated for the Barrie Gallery Project as an inspiration for the creation of an art gallery. 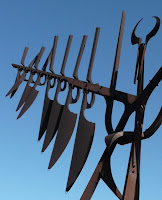 Inspired by West Coast First Nations mythology, the Thunderbird is a powerful spirit in the form of a bird that carries our messages, dreams and desires to the Creator. The 20 tonne sculpture is 65' high and has 16 kinetic quills in the wings that rock back and forth as the wind blows.

200 km to the southwest, a cormorant spreads its wings over Burlington Bay 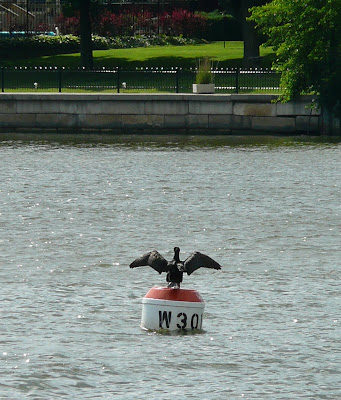 The Double-crested Cormorant is a large fish-eating bird found throughout the Great Lakes that has undergone dramatic changes in population over the last three decades. The cormorant disappeared as a nesting bird on Lakes Michigan and Superior and only about ten pairs remained on Lake Ontario by the 1950s. From the early 1970s however, the cormorant population has increased over 500-fold. The cormorant is now more numerous on the Great Lakes than at any time in its previously recorded history. 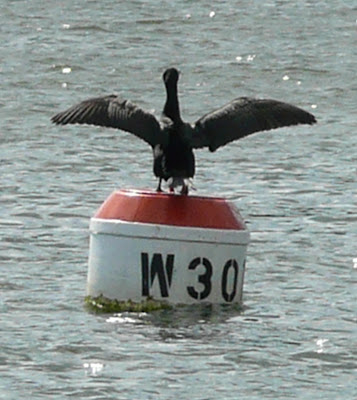