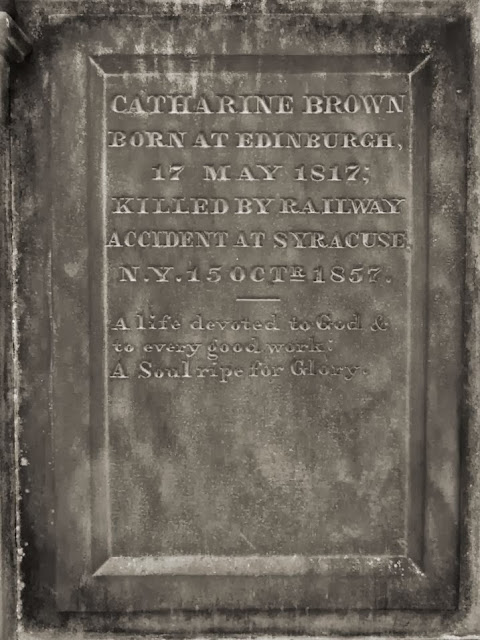 The local mail train on the Central road, which left Rochester yesterday afternoon at 4:30, and which was due at Syracuse at 8:15 last evening, met with a serious disaster when six miles west of the latter city. Owing to the late heavy rains in that vicinity, a culvert was broken in, and the rail track was carried away. The fact was unknown to either the engineer or the conductor of the train, and while coming along at the usual speed, the locomotive ran into the stream, and a frightful breaking up of the cars instantly ensued.


The dead and wounded were conveyed to the Globe Hotel at Syracuse, where medical attendance was immediately obtained, and the utmost care and attention paid to the injured.
We have, since writing the above, learned that the portion of the road carried away, was a high embankment, six miles west of Syracuse. It was caused by heavy rains, and the rush of water through a deep cut made through a hill upon which the track was laid. The train was precipitated down an embankment of twelve feet, into a pool or stream of water six feet in depth. The cars were badly broken, and one of them was submerged to the depth of four feet over the flooring.
The night was dark and rainy. The place had never given any indications of danger, and was all in order just before dark. The train consisted of an engine, baggage and two passenger cars.

MISS BROWN, daughter of GEORGE BROWN, editor of the Toronto Globe, was drowned in the cars. She was in company with her father, en route to England. He escaped with a few slight injuries.


Catharine Brown was actually George Brown's sister.
She is buried, with the rest of her family, in The Necropolis.