Maid of the Mist

Since 1885 the Maid of the Mist has been taking tourists under Niagara Falls. But today was the last day of its operations on the Canadian side. 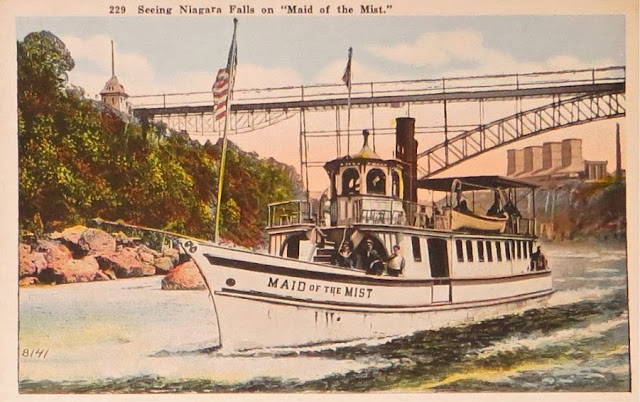 Though small this steamer is powerful enough to push her way against the mighty current right into the heart of the madly seething waters at the very base of the Falls. From her decl a view of the Falls is obtained at a distance of but a few yards, a sight never to be forgotten.
It has not been an amicable parting of the ways between the steamboat company and the Niagara Parks Commission. It has been owned by the same family since 1972 and they have made a deal with the New York side to continue with tours while a new company will take over from Canada. 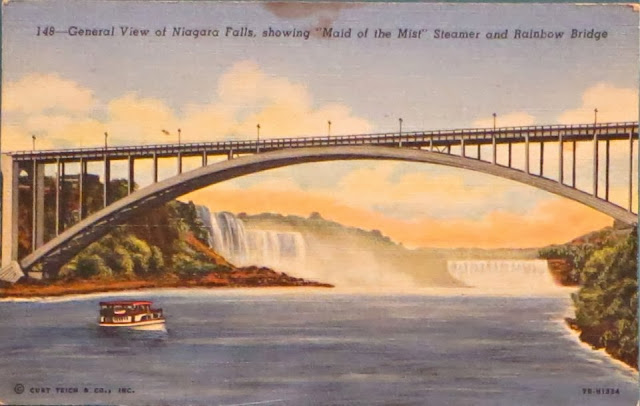 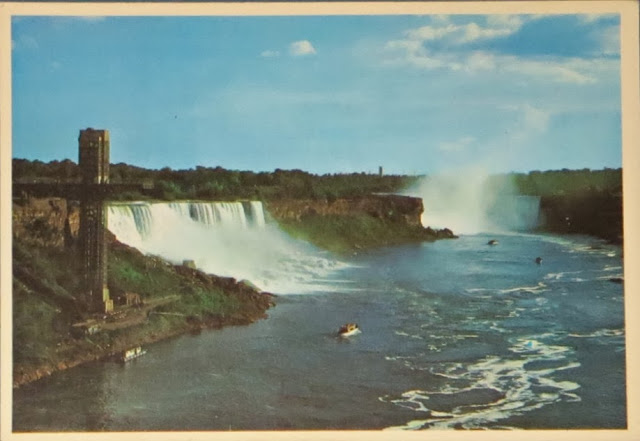 and though not a postcard, a shot of the Maid of the Mist VI taken this summer 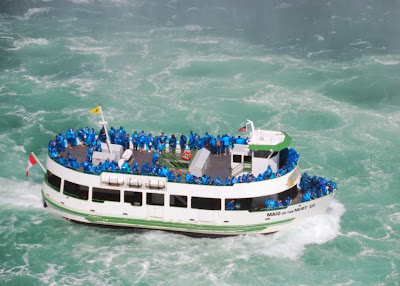