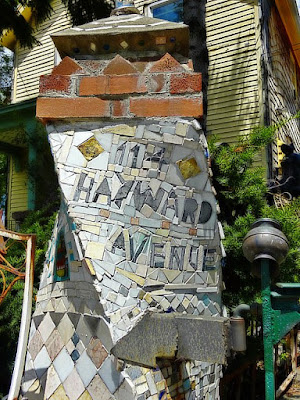 This house near the Public Market in Rochester is almost a destination in itself.
It's a bit difficult to describe - and almost as difficult to photograph well. But we met the owner as we were walking around the corner lot and he invited us in and walked us around his filled to the brim yard telling us the stories of everything in it. And trust me, there was a lot of stuff in his yard. Glass, metal, wood, granite, stones, plastic... As he said: one pink flamingo is sad, two or three is just tacky, but a couple dozen pink flamingos - or bowling balls - or croquet bats - or gnomes - is a statement. The roof of his shed was made from two dozen shower doors. And there are enough granite slabs to make any number of benches, statues or inukshuks. 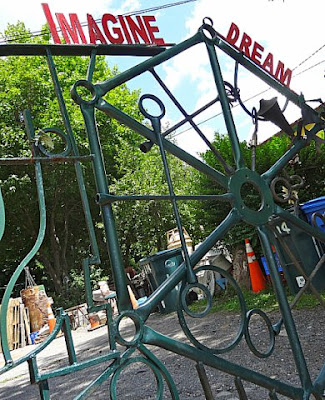 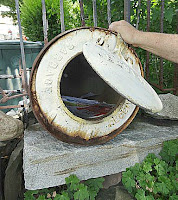 an original 'mailbox' for junk mail, which it seems the mail carrier uses! 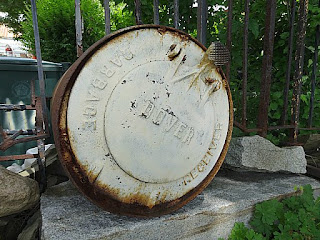 The place is owned by artist Antoni Eckmair 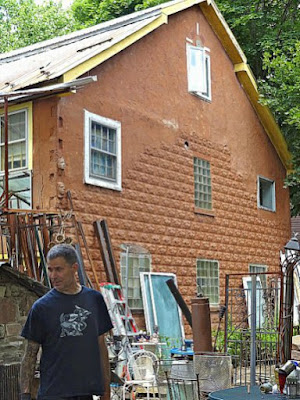 who has lived here for 30 years and is constantly working at it by using castoff bits of scrap. 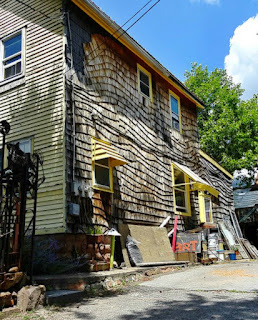 These wavy shingles and the asymmetrical door appeal to me 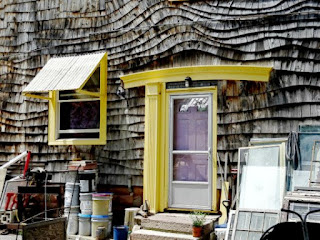 There are collections of stuff, some of which has been put to use as garden features 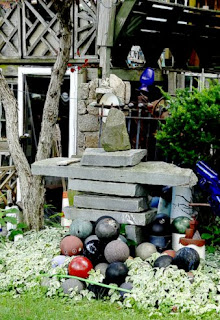 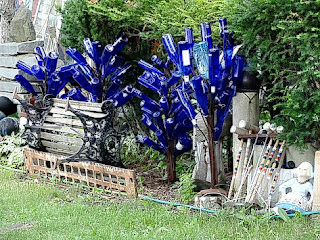 too many shovels can an acorn make 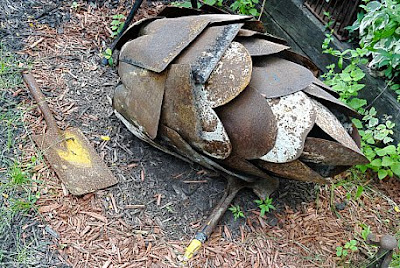 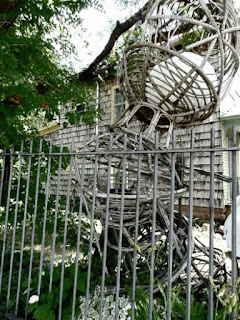 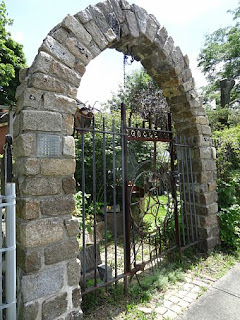 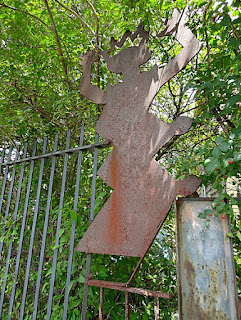 all of it hand crafted from bits and pieces of scrap (those are old roller skates, bottom right, not quite sure what that is on the left) 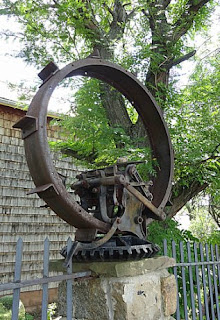 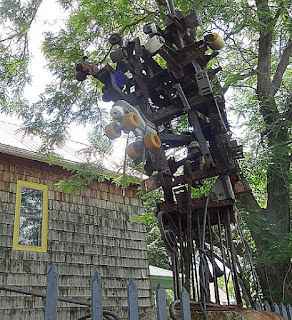 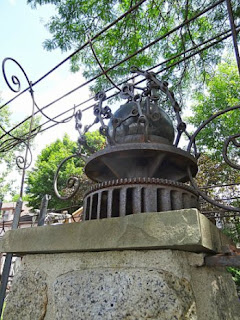 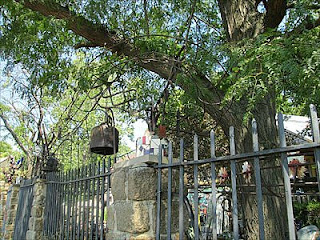 this portion of the fence is topped with a bowling ball track, which he demonstrated to us before we even had a chance to ask about it. Actually, he was very willing to talk about all his pieces of sculptural art. Apparently, he is so well known that people often come by to drop stuff off for him - whether he might want it or not, is another issue. But he will likely find some creative use for it. If you are ever in Rochester, find your way to Hayward Ave.

Here is a video found on youtube that demonstrates the track.