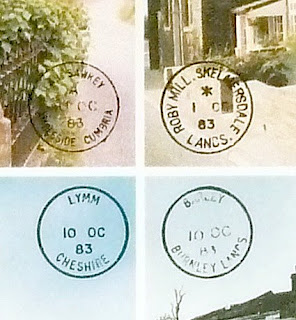 I remembered these postcards and thought maybe they had special stamps on the back. They don't, though they do feature cancellations. So, I'm cheating a bit by linking this to Sunday Stamps, but there you go. This just proves you can be as free with the theme as you wish (or need to be!). Besides, it took the good part of the morning to find them, so I'm sharing......
I don't really have any postal related stamps that I haven't already shown. 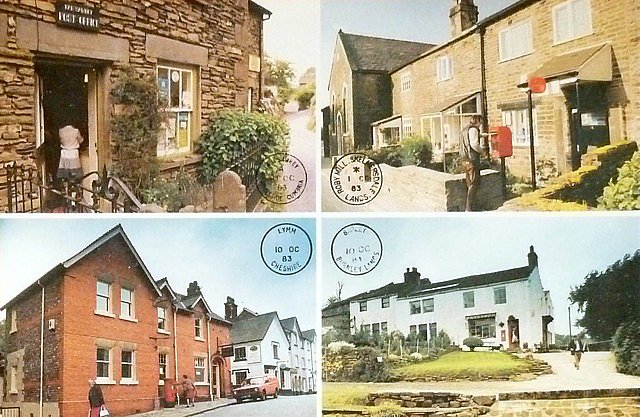 on the back of the card (above) it reads:
OUR SERVICE TO YOU: SUB POST OFFICES
Sub Post Offices fulfil an indispensable role in the Post Office counter network. Four of the NWPBs sub post offices are shown on this card. Far Sawrey, AMBLESIDE, Cumbria; Roby Mill, SKELMERSDALE, Lancashire; LYMM,  Cheshire; Barley, BURNLEY, Lancashire. Superimposed on the cards are the counter datestamp impression of each office.

and the back of the card below:

OUR SERVICE TO YOU: RURAL POSTMEN
This card shows four of NWPBs Rural Postmen on their daily round at Pendle; Broadbottom, Hyde; Surprise View, Derwentwater; and Northwich. Superimposed on the cards are the datestamp cancellation of the offices from which the postmen work. 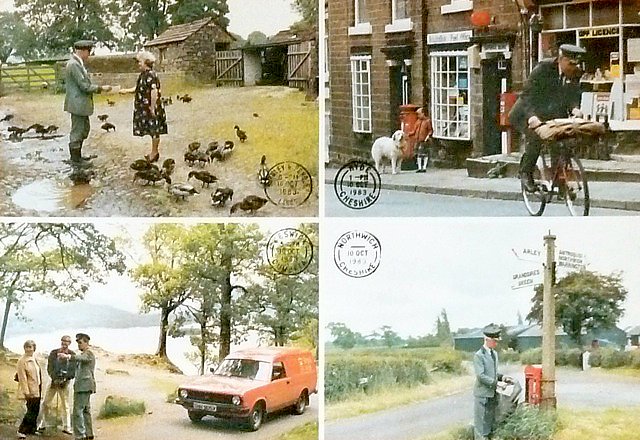 Do these towns mean anything to some of you from England?
And do you know what NWPB stands for?
Below is another card from the same series, this one of the 'Post Office Tram that was first used during the Blackpool Illuminations in 1981. Hired from Blackpool Transport Dept to promote the use of holiday postcards, the tram was adapted to accommodate a full time philatelic sales point. The tram will again be in use for the 1982 summer season.' 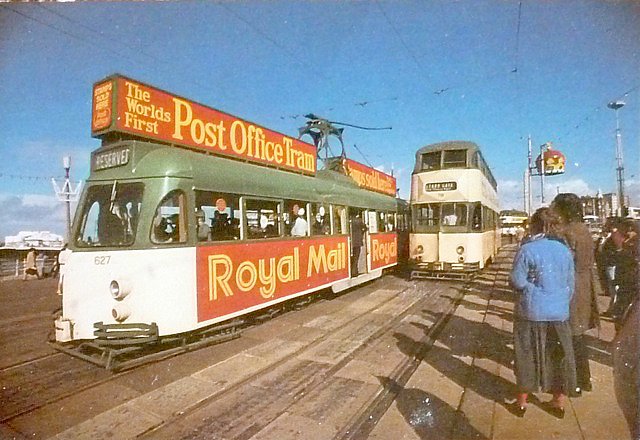