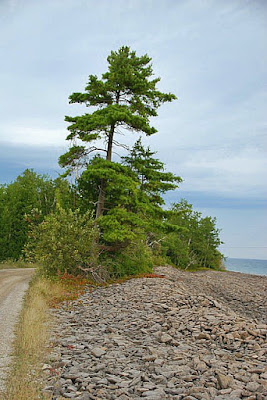 This winding road along the Georgian Bay shoreline of the Bruce Peninsula takes us through Cabot Head Provincial Nature Reserve. Cabot Head is named for the explorer John Cabot, even though he never actually explored this region.


As we walk further, we come upon the house style Cabot Head Lighthouse, built in 1896. The original tower and range light were replaced by an automated system in 1968 and the Friends of the Cabot House Lighthouse worked on restoring it and now operates it as a museum. 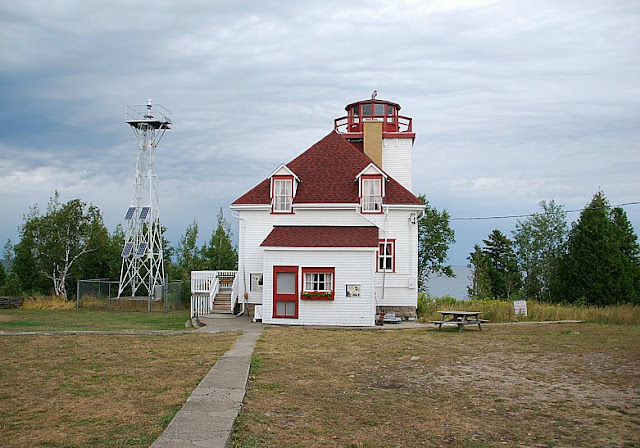 I had another post about it here, and I suppose it's about time I showed you around. So, for Jo's Monday Walks, let me introduce you to one of my favourite spots in Ontario 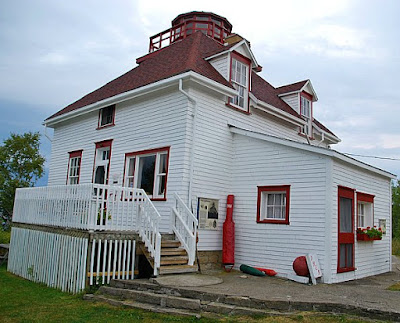 We first took a walk down to the rocky shore to have a good look at the bay. You can get an idea of the clear, clear blue of the water. 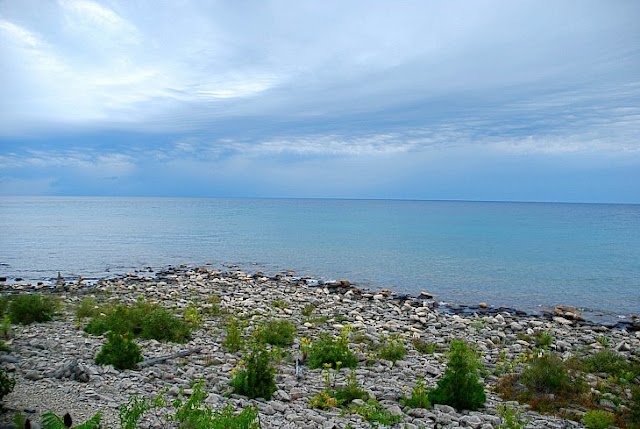 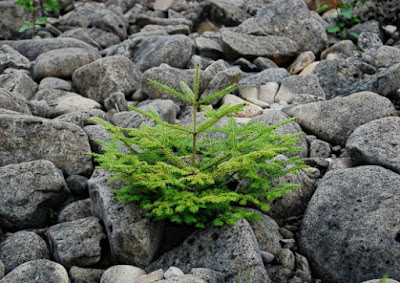 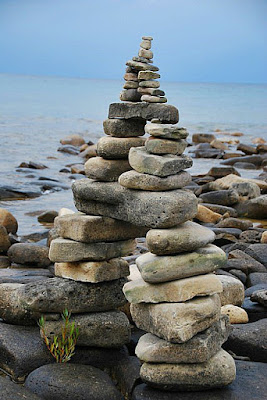 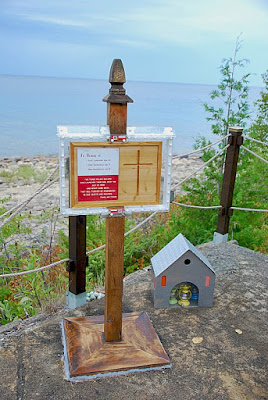 There is a memorial to three young men from Poland, aged 15 to 23, who launched their boat on these shores on July 1, 2005 and never came back 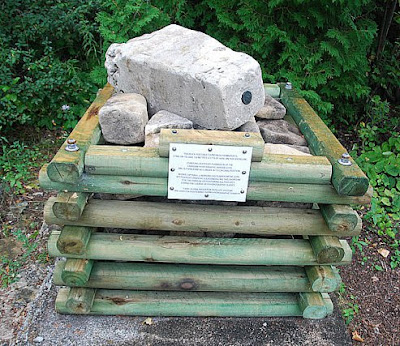 further down there is an original rock post found in 2012, 150 metres from where it now sits. In 1964 the Canadian Hydrographic Service set posts in strategic locations along the shoreline for surveying purposes. Now, global navigational satellite systems are used. 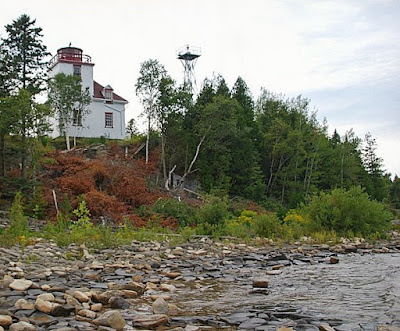 where we found, besides the usual early 19th century items,
the white walls covered in educational sketches 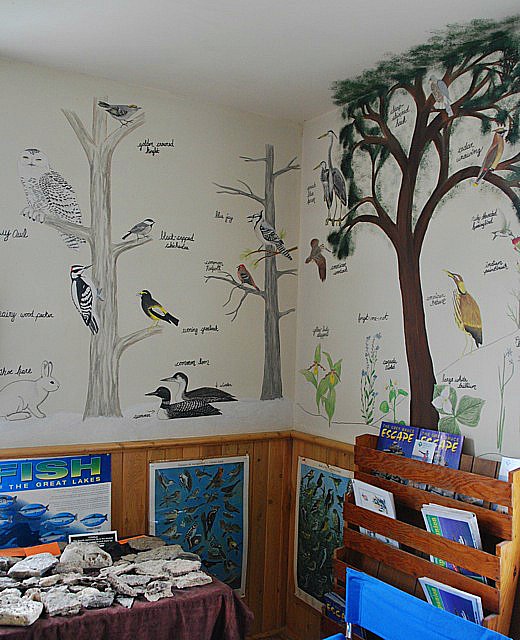 and a history of the lighthouse and the area 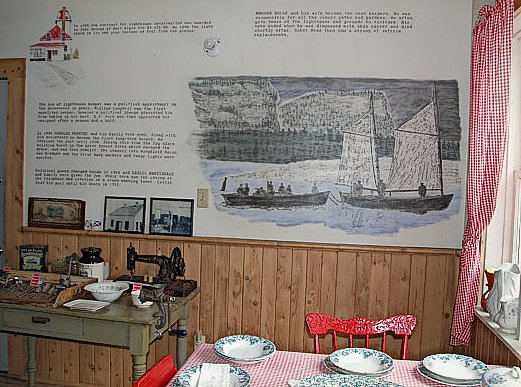 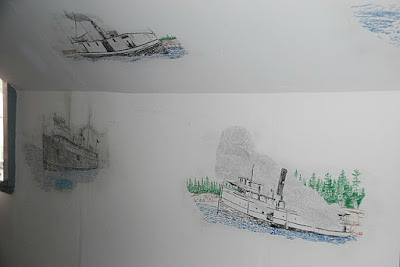 and looking out the windows, 100 feet above the shore, the spectacular views 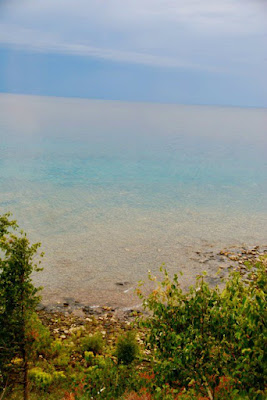 and as the sky clears again, the turquoise blue of the clear water 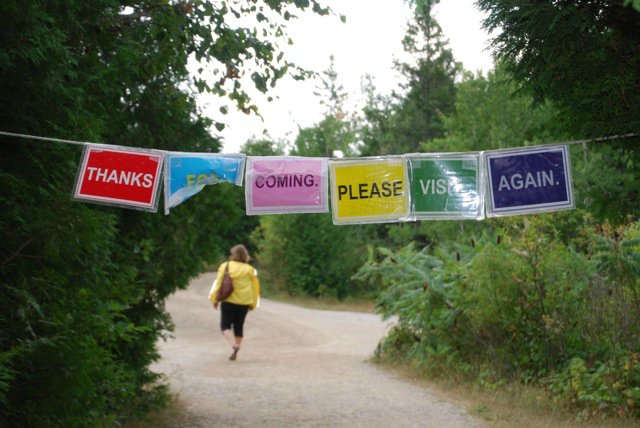