On one of our warm spring-weather winter nights, I took a stroll through the park where the Simcoe Panorama of Lights is displayed. It has been going on for over 50 years and started when the floats from the Christmas Parade were parked in Wellington Park. 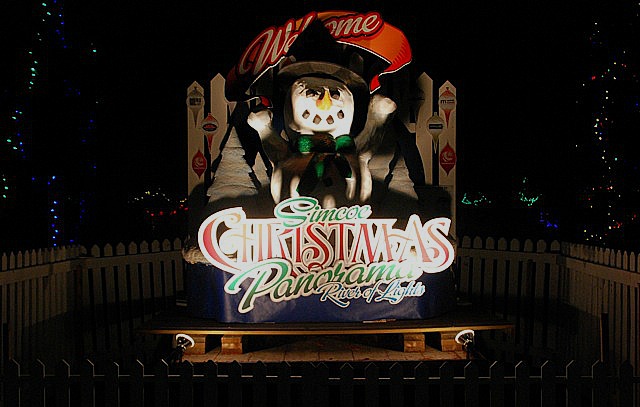 It has been added to and adjusted over the years, but much is also the same. There are dozens of (carefully and lovingly) refurbished wooden displays from children's stories to a manger. 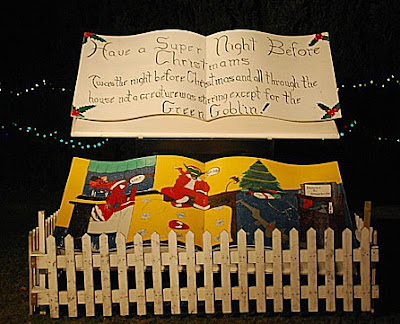 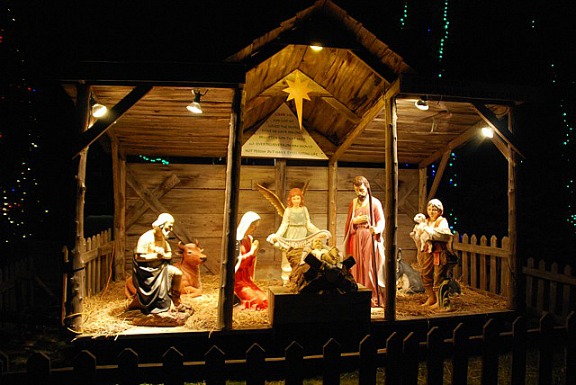 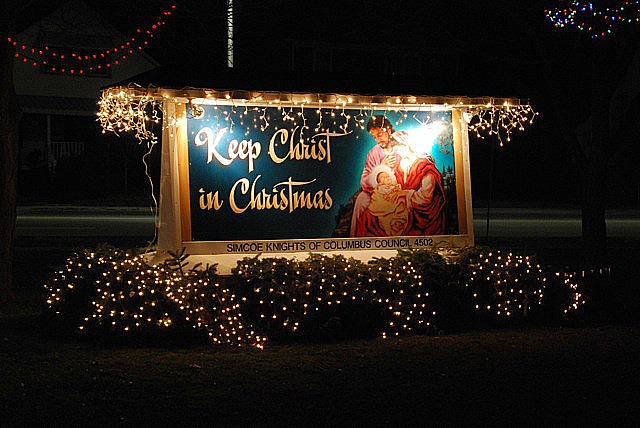 Thousands of lights are strung around the trees and displays from a carrousel, to a tree in the river and a fairy tale castle, to several buildings with displays reminiscent of department store windows - a church, a general store and Santa's workshop make this feel very homey. 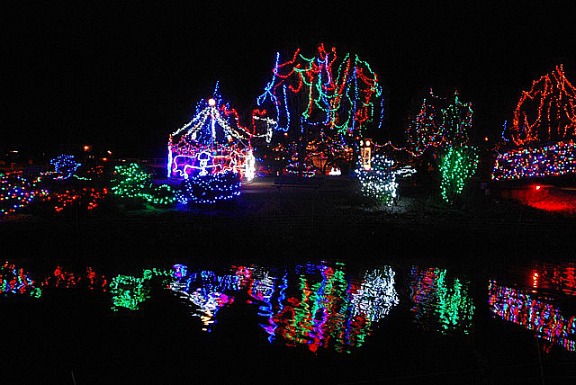 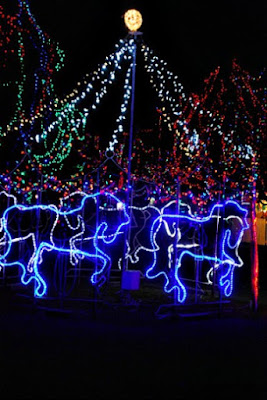 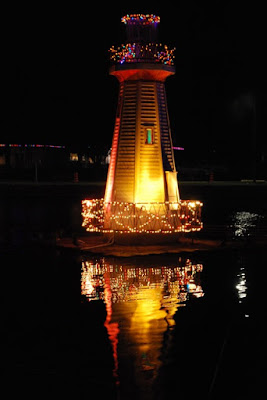 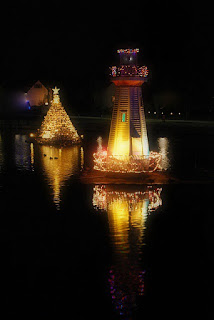 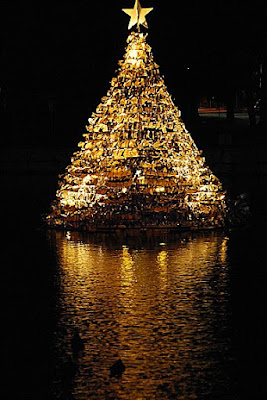 Several Santas of varying vintages will greet you 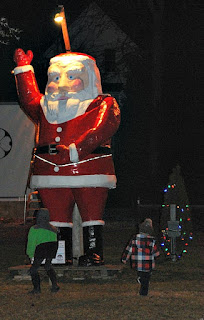 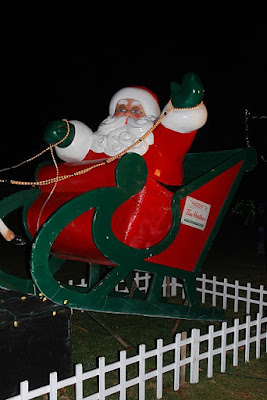 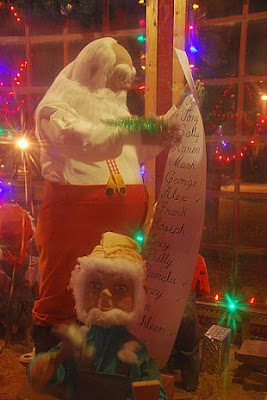 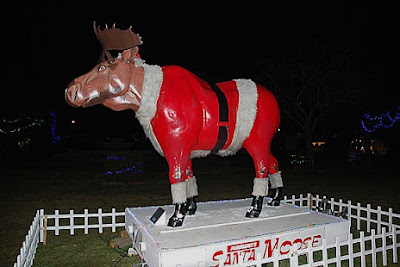 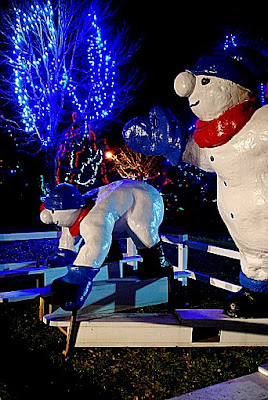 as well as a Santa Moose and skiing polar bears. Christmas music plays throughout the park and there are horse drawn trolley rides on the weekends. This is but a tiny example of what can be seen, partly because it was windy and quite a few of my pictures were blurry, but mostly because I was drawn to the hot apple cider and cinnamon buns available, so my hands were full. The lights attract many busloads of tourists every year and you have until January 3rd, 2016 to see this year's edition. The town of Simcoe is located on Highway 3 by Lake Erie
a Monday Walk for Restless Jo with a few signs for Lesley's signs, signs
Posted by VioletSky