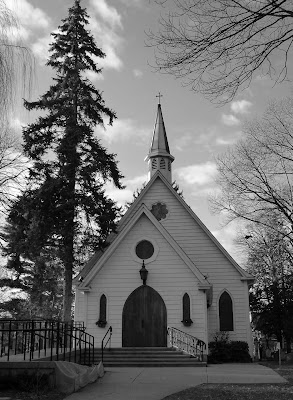 This is St Luke's Anglican Church, the first Anglican Church in Halton County.
St. Luke's is the oldest church in Burlington. The land on which St. Luke's is built was given to Joseph Brant, the famous Native leader, for his services to British-Canadian forces during the American Revolution. Brant, who had been an Anglican since the age of twenty, gave the land to his daughter, Elizabeth, who in turn donated it for the construction of a church, the first of its kind in the area. 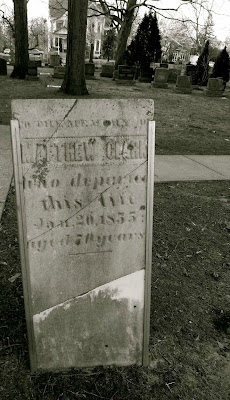 Some of the older headstones in the graveyard are in pretty rough shape, but with some, attempts have been made to keep them upright
there are even a few that have birth dates from the 1700s - a rarity in these parts and exciting to find! 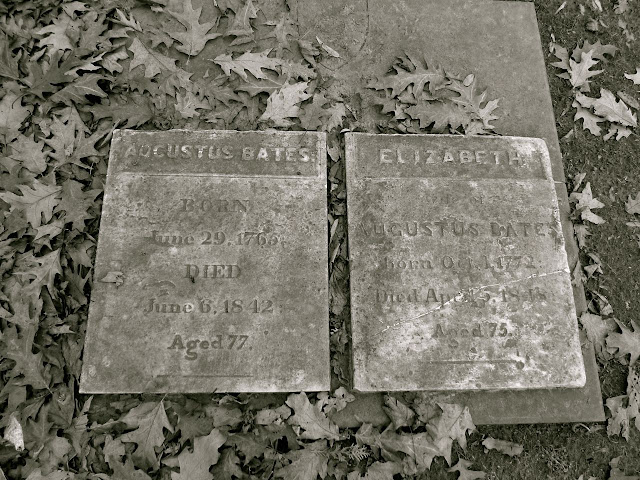 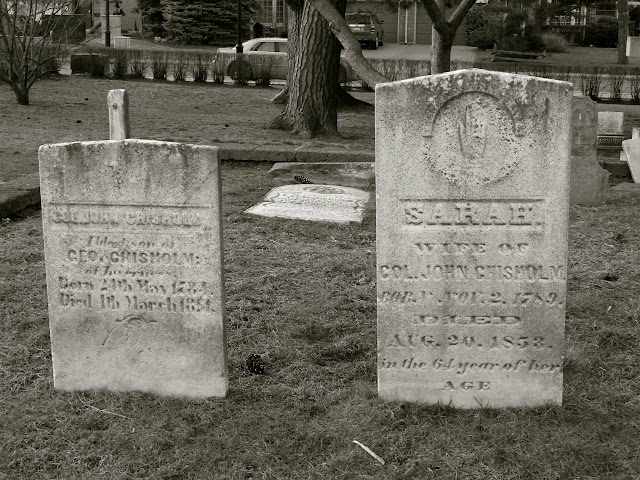 an interesting observation is the lack of a surname on Elizabeth's and Sarah's markers - they are listed as being the "wife of"
it also looks as if the stones for both couples were done by different carvers. note the inconsistency of the upper and lower case in Elizabeth's marker and the different styles of dates for the Chisholms' and the variety of fonts on Sarah's marker

for other grave observations, head over to Taphophile Tragics
Posted by VioletSky