A few months ago I was taking a scenic route home and decided to stop off in Kleinburg, a small town north of Toronto. It is a pretty setting, in between two branches of the Humber River with lots of hills. It is mostly known for being the home of the McMichael Gallery specializing in Canadian art, specifically the Group of Seven, but that will be for another post.
This post shows a rather quiet and unpretentious connection to history with this marker I found at the top of a hill beside a particularly nice house I wanted to photograph. 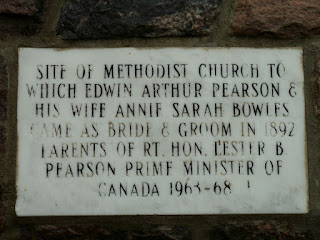 Who could possibly know that from this young couple a son would be born who would one day become one of the country's greatest Prime Ministers?


The church is no longer there, but up on the hill was a wall with several grave markers inserted 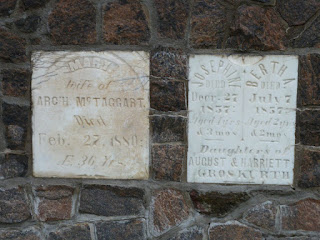 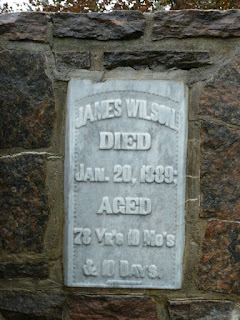 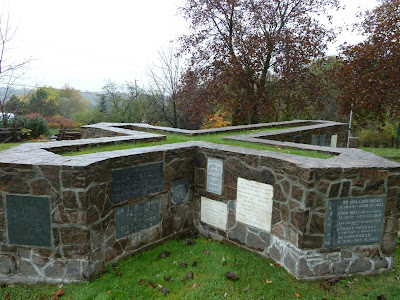 was in a very large cross. 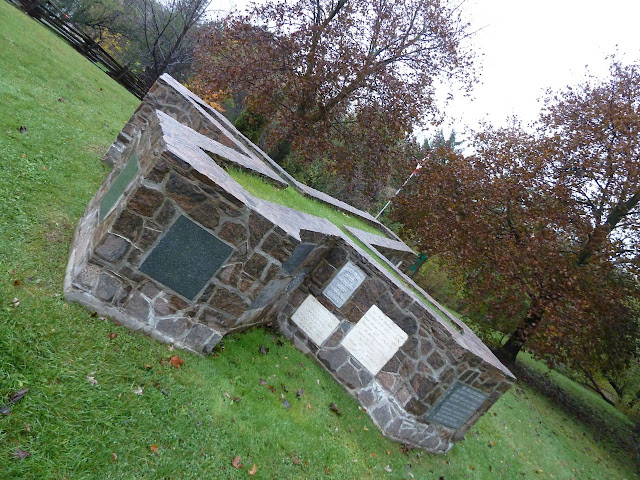 it was tricky getting it all in one good shot, but I have managed to get an aerial view from googlemaps.

and as an added bit of trivia and historical connection... February 15th will be the 47th anniversary of the Maple Leaf flag of Canada. It was Lester B Pearson who appointed a committee to resolve the issue of the flag debate and they were given 6 weeks to do so. The Maple Leaf we know today replaced the Red Ensign that had been the flag used by the government after WWII but which was never adopted as an official flag.

Check out Taphophile Tragics for more grave issues from the past.
Posted by VioletSky