The cherry blossoms peaked this week in southern Ontario. If the timing were an exact science and I could make it to Washington to see them, I think it would be worth the trip. 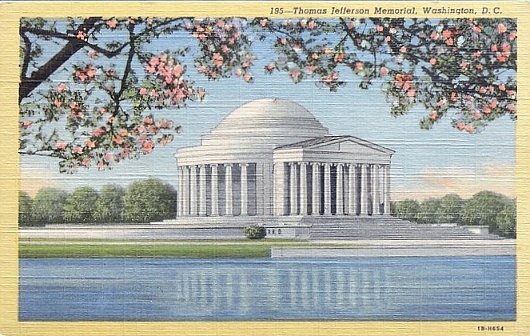 How many of you remember these souvenir postcard folders? Most of them were filled with pictures of previously issued postcards. It was a little like a photo book in miniature of the tourist sights.
They were meant to be mailed, but I suspect many were simply taken home as a souvenir and put away in a drawer and now it's not hard to find them in the 50¢ bins at postcard shows. 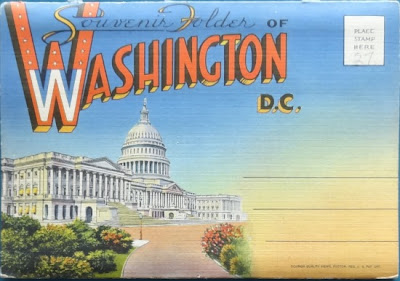 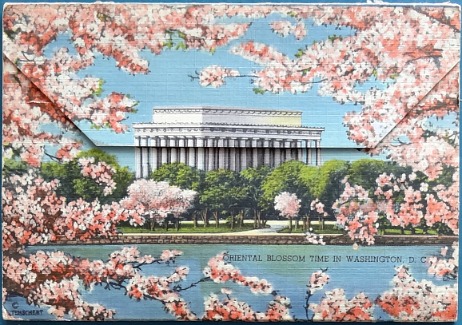 Disappointingly, the images on the inside are usually rather soulless and completely devoid of activity with people or cars. 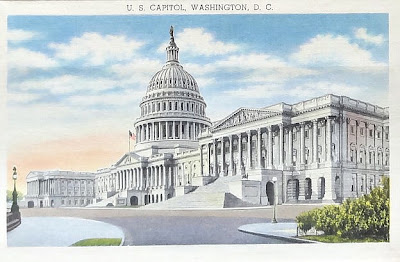 This one is from CAPSCO (Capitol Souvenir Company) and is Folder No. 1
CAPSCO was founded by Jacob Goozh soon after he emigrated to the US from Europe. He started by taking photos of returning soldiers using tintype photography which gave them an instant souvenir to take home. By 1931 he had strategically moved his souvenir business (of which postcards was a small part!) to Pennsylvania Ave next to Union Station where he could supply the many tourists arriving and departing by train. The family business is still a going concern, though it has now moved to Maryland under Jacob's great grandson.
Postcard Friendship Friday
Posted by VioletSky