I only have two of the six stamps released in March of 2012 for the 150th anniversary of the railways on Finland. They were designed by Tarja Salonen and the shape has been 'cut to perspective to give them a feeling of motion' 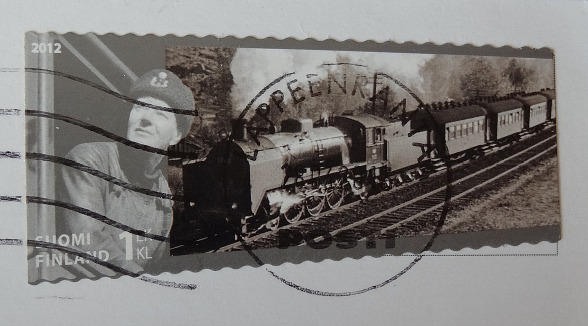 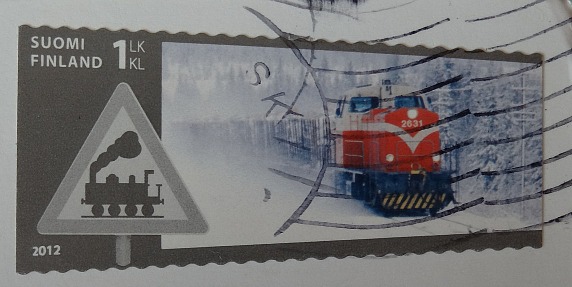 as a bonus, the stamps were on train/tram related postcards. 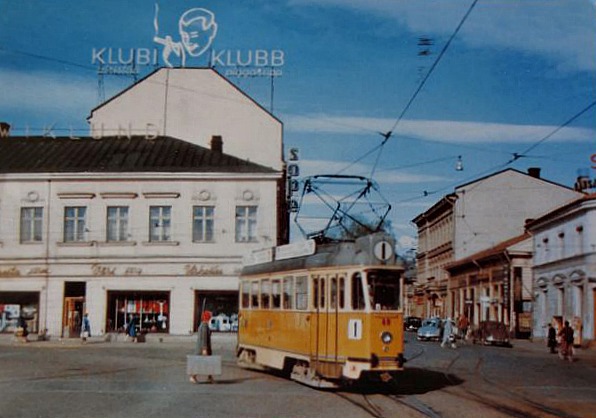 Above is from Turku in 1959. Sender Eva says that "alas, the trams were replaced by buses in 1972"
Below, these 'stone-men' are featured on the front wall of the Helsinki Central Railway Station - or this mouthful of a name Helsingin päärautatieasema-Helsingfors centralstation (Finnish and Swedish) 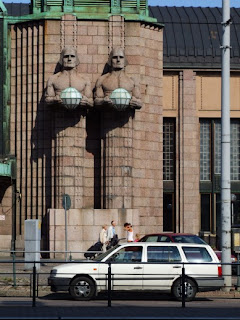 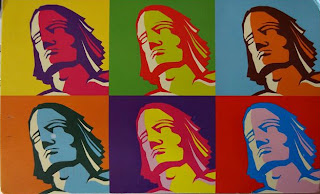 The statues were designed by Emil Wikström in 1914