Sometimes, I pick up postcards without really knowing anything about them, or exactly what drew me to it. Sometimes, they seem just so odd that I need to have them. Like this one of a porcupine. With a crown! 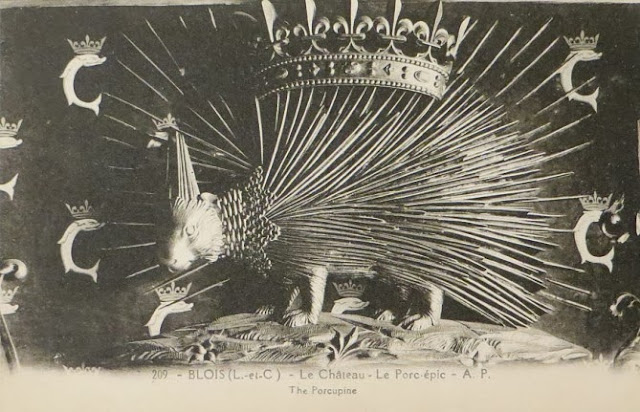 Without too much effort, I found out that the porcupine was the symbol of French King Louis XII. He ruled from 1498-1515. At first, the porc-épic seems an odd choice, after all he's not nearly as large or ferocious looking as a lion. But then, think of the little guy's personal archery arsenal with those quills! Louis XII inherited the porcupine from his grandfather, but it soon fell out of favour as being too militant and aggressive a symbol though not before it graced the Blois and everything that could be emblazoned with it. Like these. 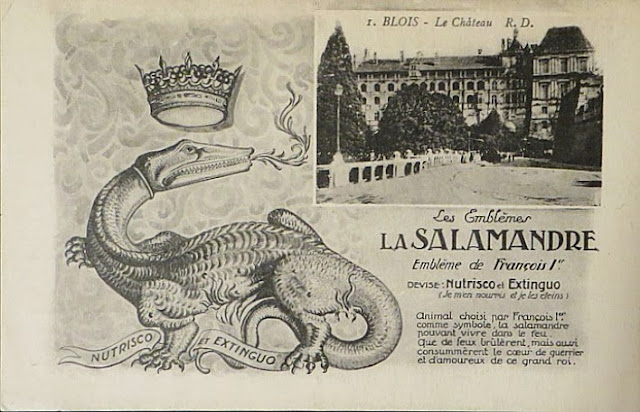 His successor, Francois I, who ruled from 1515-1547, chose a salamander as his emblematic symbol of fire and cold. 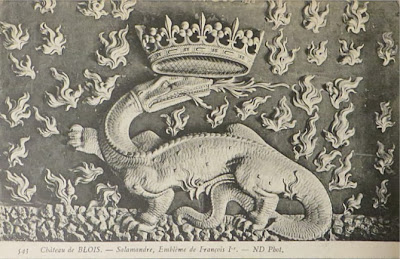