trains in a flower bed

Every year at the end of October, the greenhouse at Gage Park hosts an impressive themed Mum and Fall Flower Show. This year, the theme was trains. Here are a few trains and signs planted among the displays. 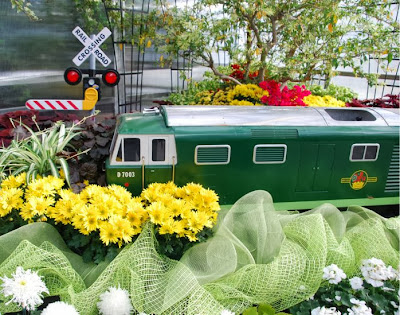 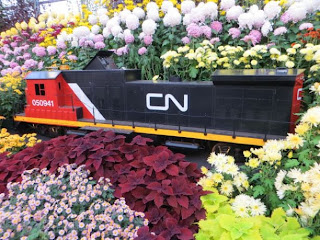 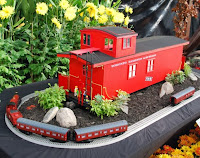 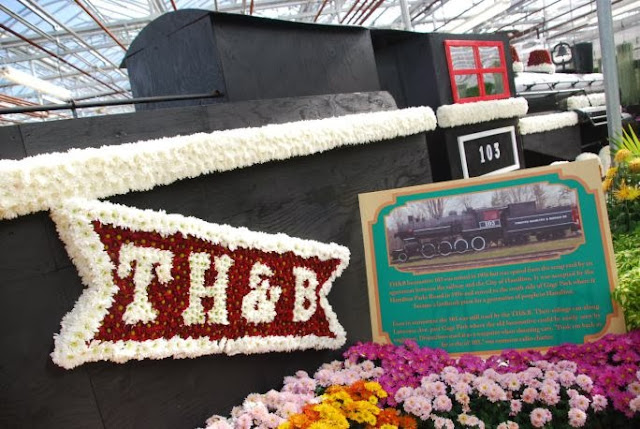 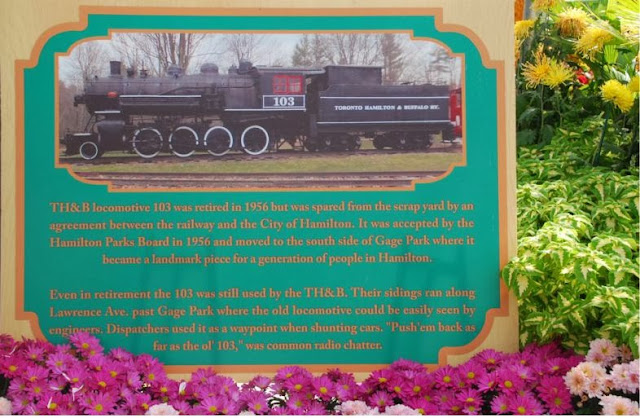 The TH&B (Toronto Hamilton & Buffalo)  locomotive 103 was retired in 1956 but was spared from the scrap yard by an agreement between the railway and the city of Hamilton. It was accepted by the Hamilton Parks Board and moved to the south side of Gage Park where it  became a landmark piece for a generation of people in Hamilton.  Even in retirement the 103 was still used by the TH&B. Their sidings ran along Lawrence Ave., past Gage Park where the locomotive could easily be seen by engineers. Dispatchers used it as a waypoint when shunting cars. "Push 'em back as far as the ol' 103," was common radio chatter. 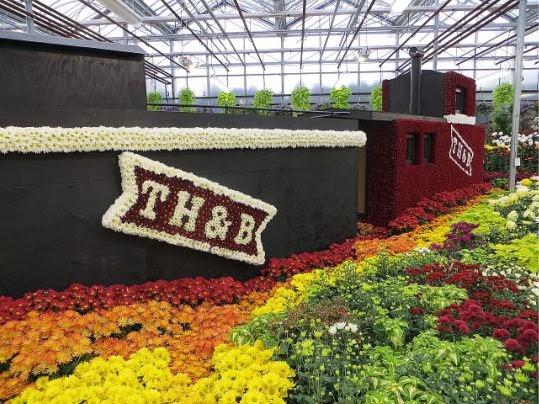 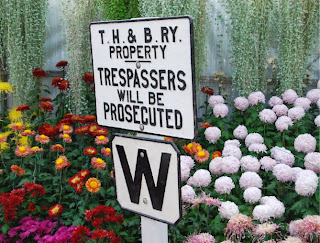 a previous photo essay can be found here.  but for the immediate future, I'm off to bed with my tea and honey and maybe a wee dram.... will visit everyone later.

some flowery signs for signs, signs
Posted by VioletSky