When you think of the Arctic, probably the first thing that comes to mind would be ice and polar bears.
This 2¢ stamp from 1953 for National Wildlife Week was designed by John Crosby 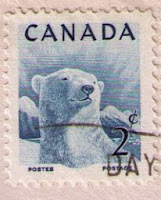 while this 1972 25¢ version was designed by Reinhard Derreth 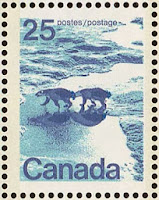 by 2006, we have these bears designed by Doreen Colonello as part of the 'flag' definitives series
and in 2011 this international stamp from the baby wildlife series 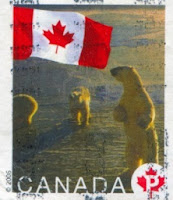 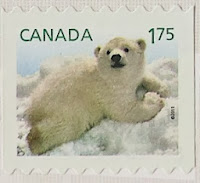 and finally, (and my personal favourite) this 2009 series for Preserve the Polar Regions and Glaciers featuring a Polar Bear and an Arctic Tern

“This bird serves as a link between the Arctic and Antarctic regions, since it migrates yearly between the North and South Poles”