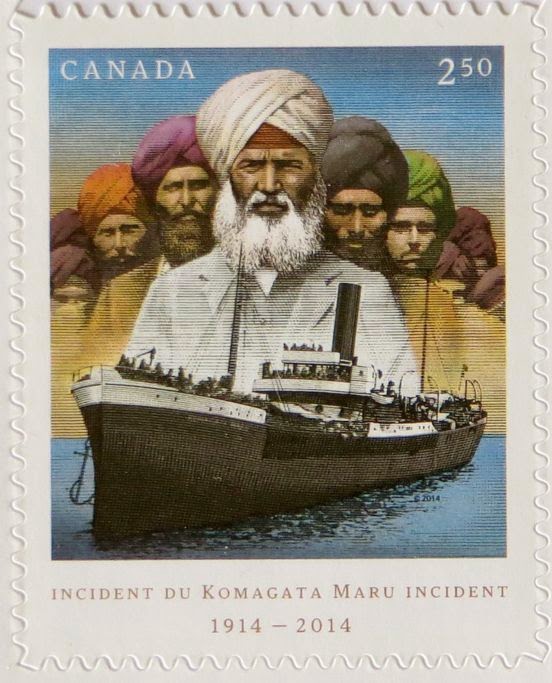 The stamp features the ship as well as an artistic rendition of images from a small collection of archive photos taken on board and during the voyage.

The Komagata Maru was a Japanese steamship chartered by a Sikh entrepreneur to bring 376 hopeful Punjabi immigrants to Canada only to be denied entry once it reached Vancouver.
The Komagata Maru's arrival challenged a 1908 regulation that denied entry to immigrants unless they had $200 and had made a "continuous journey" from their home country ‒ conditions that were nearly impossible for immigrants from India to meet. Under the policy, only 20 returning residents, and the ship's doctor and his family were allowed to enter. The remaining passengers were confined to the ship for two months, after which the ship was forced to sail back to India.  On arriving in India, many on board were viewed as political agitators by the government of the British Raj. Twenty passengers were shot after disembarking while many others were imprisoned(since, by then WWI had broken out, they were imprisoned for the duration). The restrictive immigration policies that the passengers challenged were not repealed for 33 years.
An official apology by PM Stephen Harper was made in 2008.