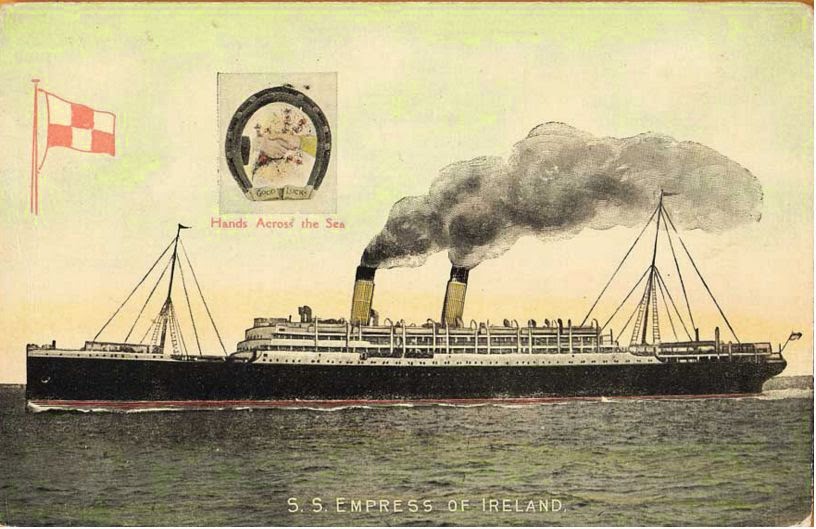 The 167-metre-long Empress, which left Quebec City for Liverpool on May 28, 1914, had dropped off a river pilot and turned northeast toward the Gulf of St. Lawrence.  The ship that collided with it, The Storstad, a 6,000-tonne Norwegian freighter loaded with 11,000 tonnes of coal, was headed for Montreal, cruising full speed toward shore to pick up a pilot.
Fog was to blame, as was the confusion of the fog horns and signals.
After the collier smashed into its hull, the Empress listed and sank in only 14 minutes. 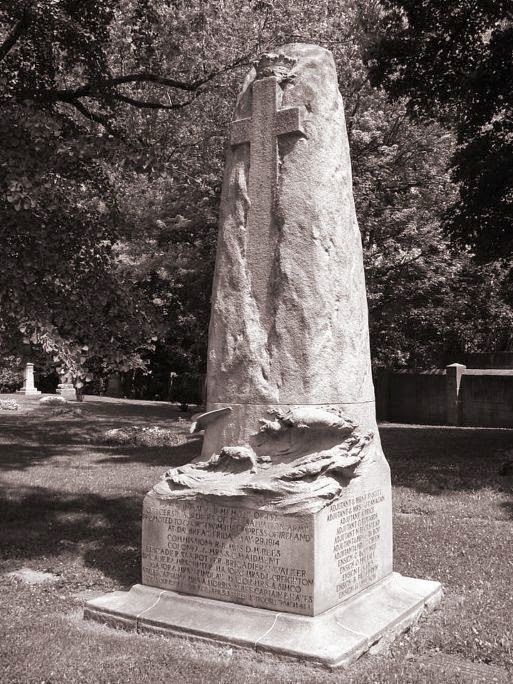 Only a few lifeboats could be launched and most of the people travelling below deck in third class were thought to have drowned in their bunks. Among the dead were approximately 150 members of The Salvation Army in Canada, including the entire leadership contingent and all but twelve of the Canadian Staff Band, who were headed to England for an international conference.  Every year, on the Sunday closest to the 29th of May, at the memorial to the Empress of Ireland in Mount Pleasant Cemetery in Toronto, there is a service of remembrance. 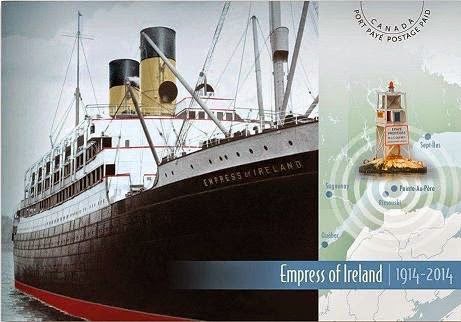 There is an excellent infographic chronology, with more photos here
There was a loss of 1,012 lives out of 1,477 on board the Empress. By comparison the Titanic, lost more people than the Empress but less passengers. The Empress lost 840 passengers compared to 807 from the Titanic.

and as a bonus, here are the two stamps (which stand very well with the 2012 Titanic stamps ) 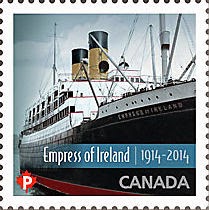