please look after this bear

So, here it is my second challenge for Sunday Stamps, and I found it rather difficult to come with something!! 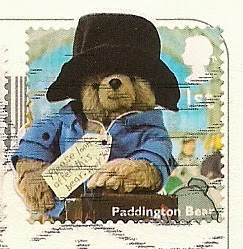 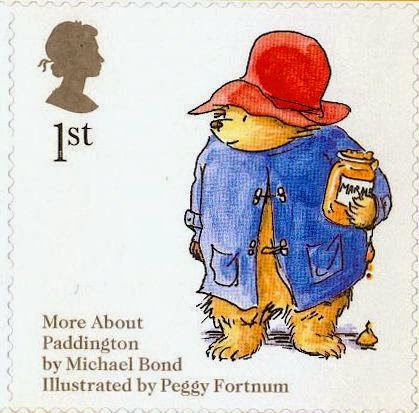 my own Paddington Bear wears a brown coat and has yellow wellies and an orange hat. he stands 18" tall and isn't really much fun to play with, but he is adored none-the-less. 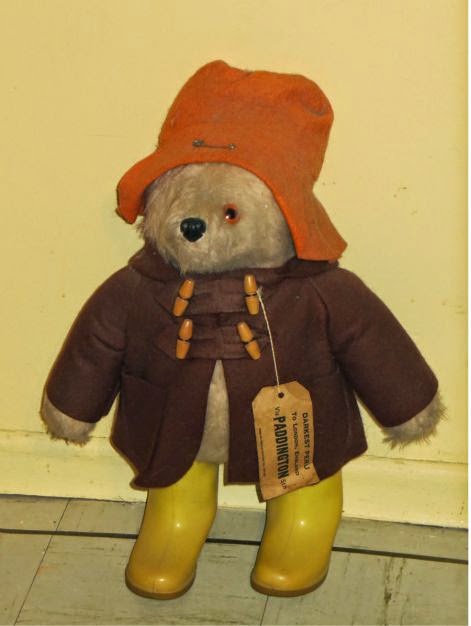 and we are eagerly awaiting the movie
which doesn't come out here until mid January, 2015.

but, back to the stamps -- the one on the right was part of a 2006 joint issue with the USPS on illustrations from children's literature with the Peggy Fortnum illustration and the bear on the left is a 2014 issue as part of the Classic Children's TV stamps showing a still from the programme. (which I have now found here, if anyone is interested! the complete series of 56 five minute episodes narrated by the late, great, Sir Michael Hordern. have some tea and toast with marmalade and enjoy. after checking the other toys on stamps, of course)
Posted by VioletSky