Even though most Canadians have never been North, really North - Arctic North - we seem to have a certain connection with it. With the images, if not the actual place. It is a part of our consciousness. Those images from The Group of Seven and Inuit artists permeate our being, though I am certain that many of us could not name the artists who have created those images.

That part is not something to be proud of.

In the last two days we have lost two prominent artists, Doris McCarthy and Kananginak Pootoogook. Ms McCarthy was 100 and lived a full and exuberant life by the Scarborough Bluffs (in Toronto). When she retired form teaching at age 62 she had no idea that she still had so much living and creating ahead of her. She travelled throughout Canada and the world, but many of her more recognized paintings were of landscapes and the icebergs of the Arctic. Mr Pootoogook was born in a traditional Inuit hunting camp on Baffin Island 75 years ago, but when he moved to Cape Dorset (Nunavut) in the early 1950s, he became involved in establishing an art collective that showcases Inuit art. He was a sculptor and lithographer and is perhaps most recognized through his prints of wildlife. 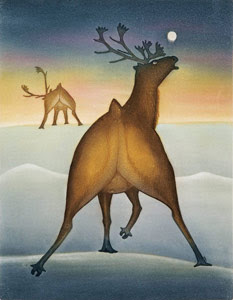 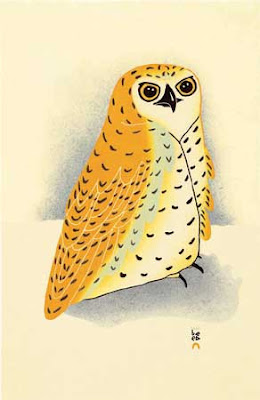 and here if you are interested in seeing more of Doris McCarthy works. 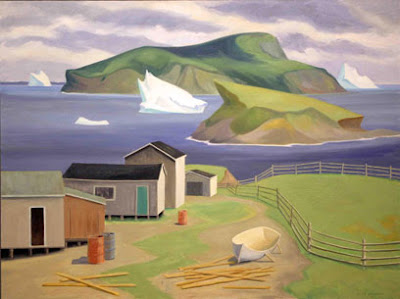 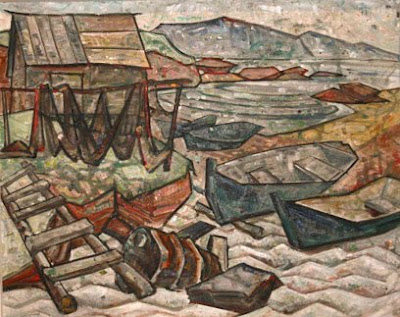 All art is created with love and should be shared by all to enjoy and critique.
Our lives are made richer by the sharing of their gifts.
Posted by VioletSky