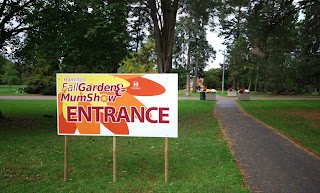 This past week the Mum Show has been on at Gage Park. It is a long standing tradition, this show, but this year there was a change - namely a brand new greenhouse. It has been renamed The Hamilton Fall Garden and Mum Show and this year included varieties of coleus and poinsettia. 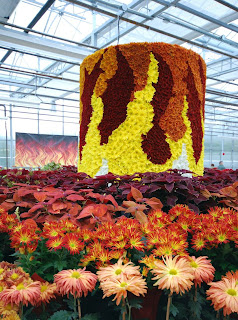 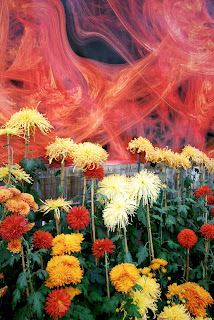 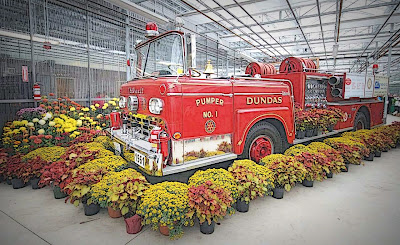 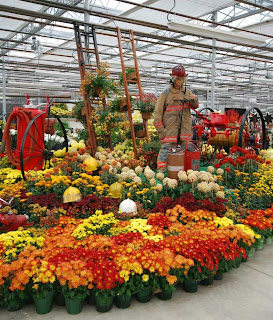 and what would a fire theme be without a fireplace setting. I loved the colourful and oh so soft cushions! 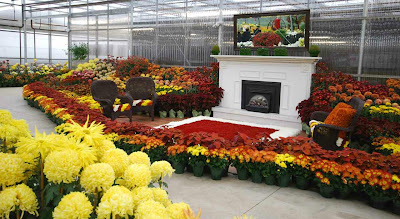 The greenhouse was only finished a month ago and these 13,000 or so hardy mums have had quite a journey to get here. Cuttings were taken from last year's mums and rooted in the old greenhouse, then transported to two other greenhouses during the demolition and construction. The new greenhouse is much bigger and is now a single, wide open space. Though I rather liked the element of surprise every time you turned a corner in the old one, this one is much brighter and it's nice to see everything at a glance and to be able to walk around the displays instead of everything being against a wall.
I, or rather the resident barn cat, gave a tour of a previous mum show a couple of years ago which you can read about here and see the difference in the space.
Posted by VioletSky