There are three shopping malls in Burlington, but since we are at the letter M in our ABC Wednesday tour of the city I live in I bring you this one (even though I detest shopping in malls, for you I ventured inside)

and just for fun, with a bus, which actually a lot of people use 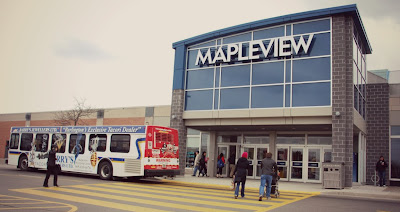 unlike this bike rack... 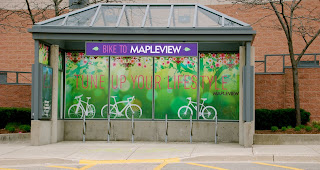 Mapleview (everyone I know calls it a mall if they use any designation, but it is officially a Centre) was only built in 1990 but has undergone some major renovations in the past 3-4 years and has become much more upscale. We even have an Apple store (only the second one outside a major urban centre. interestingly, the other one is in Waterloo - the home of RIM and the Blackberry. but I digress) Everywhere still has that shiny new look to it.

inside it is bright with all the new skylights 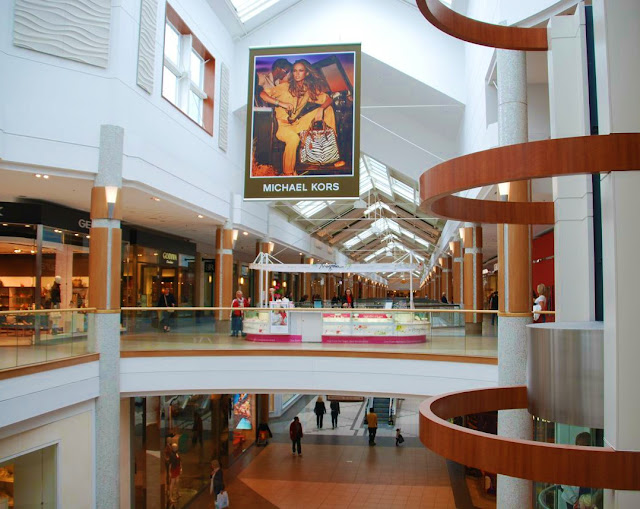 and has stores and kiosks that begin with M (that pink counter is called Magnolia, but it doesn't show up too clearly for all the trouble I went through to make sure it was in the shot...) 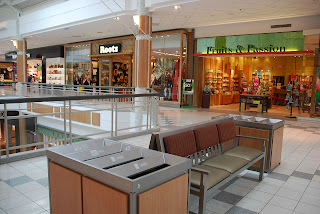 there are comfortable padded benches and I like these modern, streamlined garbage containers

and, in Sears,  Men in Black 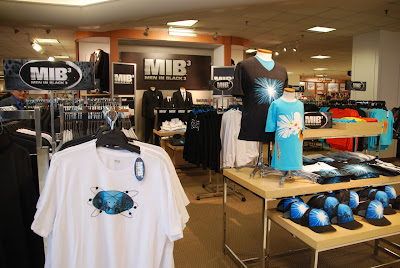 I probably shouldn't have taken this last shot, but I discovered that they were offering free coffee for seniors who were 55 and older (it being Senior Tuesday) so since I sort of stole a coffee, I figured I could steal a photo....
Posted by VioletSky