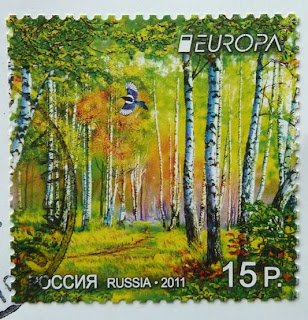 Detained in darkness, isolation,
My days would slowly drag in strife.
With lack of faith and inspiration,
With lack of tears, and love and life.

My soul attained its waking moment:
You re-appeared before my sight,
As though a brief and fleeting omen,
Pure phantom in enchanting light.
And now, my heart, in fascination
Beats rapidly and finds revived:
Devout faith and inspiration,
And tender tears and love and life.
~Alexandr Pushkin 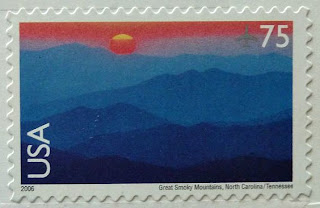 You will hear thunder and remember me,
And think: she wanted storms. The rim
Of the sky will be the colour of hard crimson,
And your heart, as it was then, will be on fire.
~Anna Akhmatova

Alexandr Pushkin is considered to be Russia's greatest poet. He lived from 1799-1837, born into the nobility in Moscow and died in a duel with a man who insisted on favouring attentions towards his (Pushkin's) wife. A writer in the Romantic era, his contemporaries were Byron and Goethe. You can read  ore about Pushkin's life here.

Anna Akhmatova, whose real name was Anna Gorenko, was born in Odessa in 1889 and died in St Petersburg (Leningrad) in 1966. Also considered to be one of Russia's greatest poets, she lived through the brutal Stalin years and her poetry ranged from short lyrics of a romantic theme to complex patriotic works. An interesting wiki article about her can be found here.

In honour or Poetry Month for Sunday Stamps
Posted by VioletSky