It is Easter Weekend and somehow I had it in my mind that Easter or Passover would be the theme for
Sunday Stamps...
so I have included two Easter stamps I found
(still waiting on a Passover stamp. or any stamp/card from Israel) 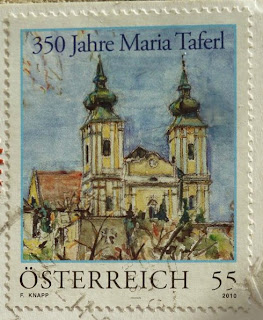 I decided to choose a cathedral for my architecture stamp and this one seemed appropriate for this season as it is the Maria Taferl Basilica. Maria Taferl is the most important pilgrimage destination in Austria after Mariazell. The town itself has only about 870 inhabitants.
Miraculous apparitions, or angels, started appearing around 1658 along with miraculous healings. After all the early incidences were examined by the church, a decision was made to build a pilgrimage church. It became so popular that at one time 25 priests were on hand to attend to the believers.
The cathedral was built between 1660 and 1710. An inscription inside the shrine states that the building of the church gave the inhabitants new courage after enduring The Plague and the 30 Years War. In 2010, the interior of the church underwent a complete restoration in time for the 300 anniversary of its completion and the 350 anniversary of the laying of the cornerstone. 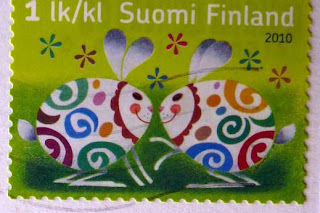 which came first the chicken or the egg? 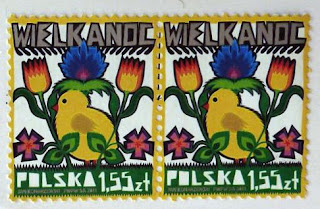