Lights by the Lake

am having trouble uploading the video...
more photos on my photoblog Sightlines


Every year at this time our city puts on a Festival of Lights. Last night was the official opening for this highlight of the Christmas Season. This year there are over 80 light displays, many of them animated. They change slightly from year to year, but here is a sampling of the mainstays.

First up, we have the Guards. There are 32 of them looking out over Lakeshore Rd.
(probably the only bit that looks better during the day) 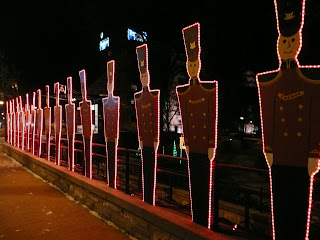 Down the steps into the Park and we have a Nativity 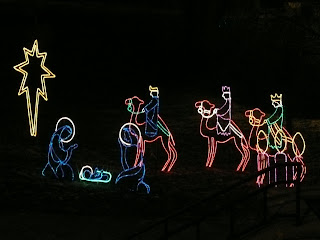 Further along there is this 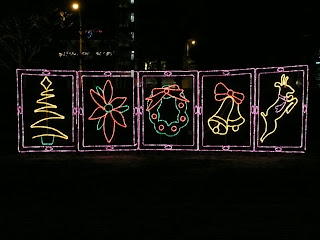 and for some reason, the Eiffel Tower
(11 tries at getting it with its top lit up!) 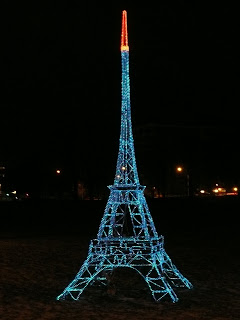 Your carriage awaits - you can see a little bit where the
horses legs move. The dolphins are flying through
the air into a splash behind the carriage. 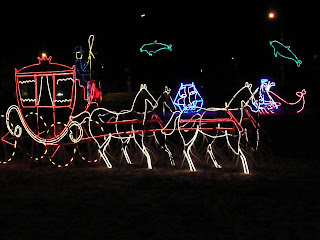 I went out after work first thing this morning, but my fingers were too frozen to get more than a couple dozen shots and these were some of the best. I'll try again to actually get some animation.
Posted by VioletSky

Labels: Christmas, ornaments, where I live